Great, Climate Change Is Coming for These Cute Seal Boys

Crabeater seals have historically been quite successful. Their population ranges around 15 million, and conservationists haven’t had to worry too much about them – until now. Climate change is quickly changing the habitat of these cute Antarctic critters, and a new study shows that these seals will have to work harder for their food in a warmer world.

Despite the name, these ice-loving animals eat krill. In fact, that’s about all they eat. So the team followed seals and looked at their foraging patterns to predict krill habitat and project how that might change moving forward.

Published in the journal Nature Climate Change on Monday, the new paper uses climate models and tracker data from 42 crabeater seals collected in 2001, 2002, and 2007. To get the seal data, researchers outfitted these cute fellas with tags that tracked their location and diving behaviour. Some tags could even collect temperature and salinity data on the waters the seals were in.

All this helped them understand what’s going on around the western portion of the Antarctic Peninsula. That region is one of the fastest warming parts of the continent, and just earlier this year, set Antarctica’s record high temperature. Multiple ice shelves have collapsed here as well, though that’s been partly driven by natural processes, and sea ice has declined in the region.

The results show that increased heat and loss of sea ice (which helps keep the sun’s heat out of the water) could reduce krill populations and push them to seek shelter farther south. That’s bad news for these seals that love to hang out near the coast on the ice where krill are typically found these days. If the krill move away from coastal waters – as the models in this study predict – the crabeater seals will need to swim farther to find them and eat.

The animals may spend more energy in search of a food source that may be less abundant. But understanding the changes here is crucial not just for the seals’ fate, but krill and other animals that rely on it as the base of the food chain.

“The shift in krill habitat away from coastal waters in the north has big implications for species like penguins and fur seals, which can’t make long foraging trips because they have to come back to land to feed their offspring,” author Luis Huckstadt, a researcher in the Institute of Marine Sciences at the University of California at Santa Cruz, said in a statement. 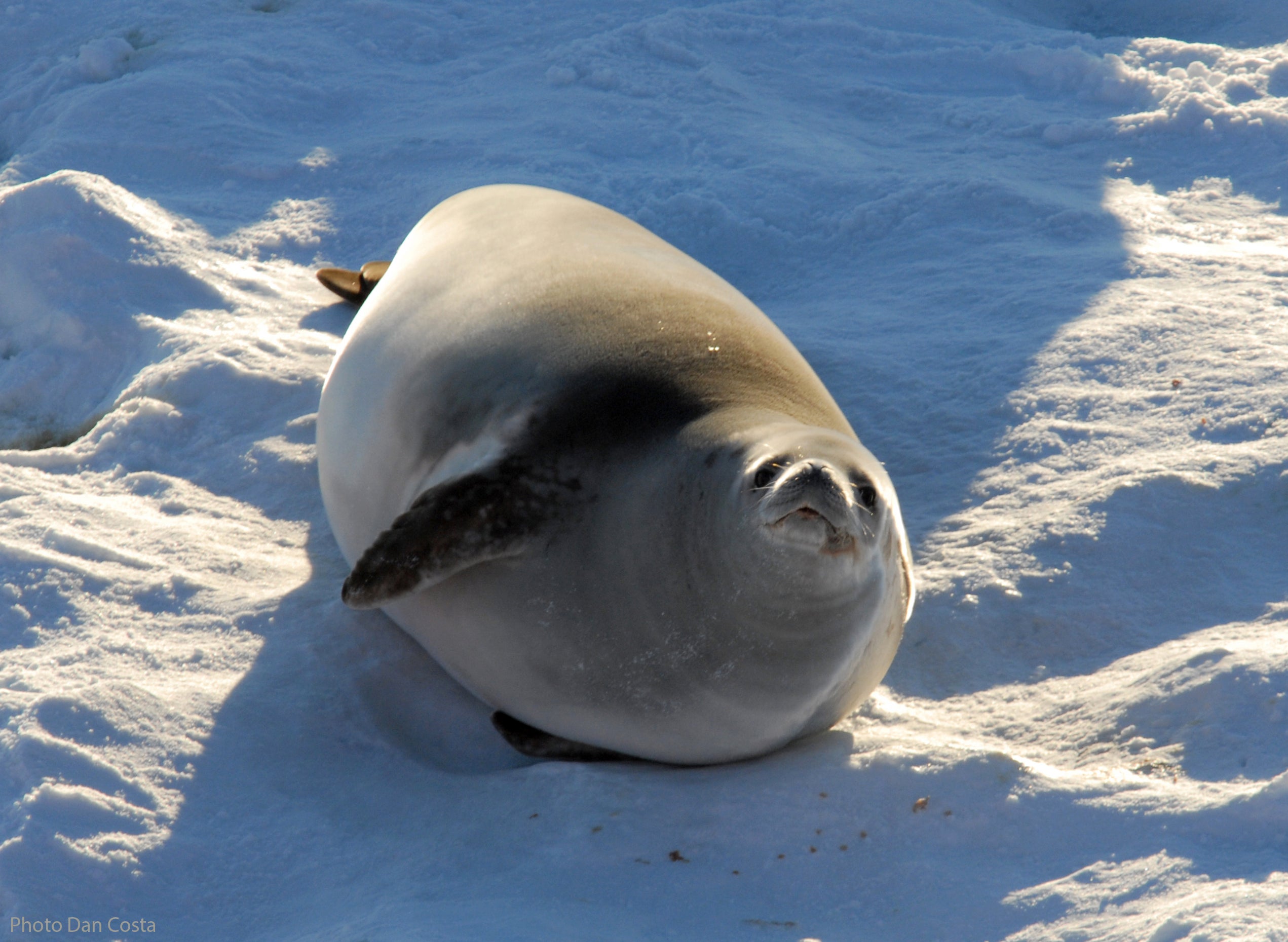 We love you, oh big one. (Photo: Dan Costa/University of California, Santa Cruz)

The seals could still change course in the future if this does happen. The scientists suggest that crabeater seals may begin seeking new food sources. That could protect them in the long run, especially if krill populations do decline. However, it’s unclear if the seals could adapt quickly enough.

The Arctic and Antarctic are ground zero for the climate crisis. These nether regions of the world are feeling the impacts of warming in a way the rest of the world just hasn’t yet. The implications on wildlife are direct as sea ice melts and waters grow warmer. What happens there, though, also affects where we live from fisheries to the risks posed by land ice melting. Changing human habitats could prove a little more tricky than swimming to a new destination in search of some krill.