She was a common black hawk. He was a red-shouldered hawk. They weren’t in the same genus, let alone the same species, and they normally don’t even live in the same part of the continent. But in a strange twist of fate, none of that mattered: It was love at first screech.

Researchers have discovered that two hawks from surprisingly distant perches on the tree of life have mated, resulting in rare hybrid chicks.

In 2005, Stan Moore, a master raptor bander at Fairfax Raptor Research, spotted something peculiar in the Laguna de Santa Rosa Wetlands Complex in Sonoma County, in the US state of California. It was a common black hawk (Buteogallus anthracinus), a bird of prey definitely not known to inhabit coastal California. Normally, the species stayed close to river systems throughout Central and South America, only barely reaching up into the interior of the American Southwest. The nearest breeding population was in southeastern Nevada, hundreds of miles away. 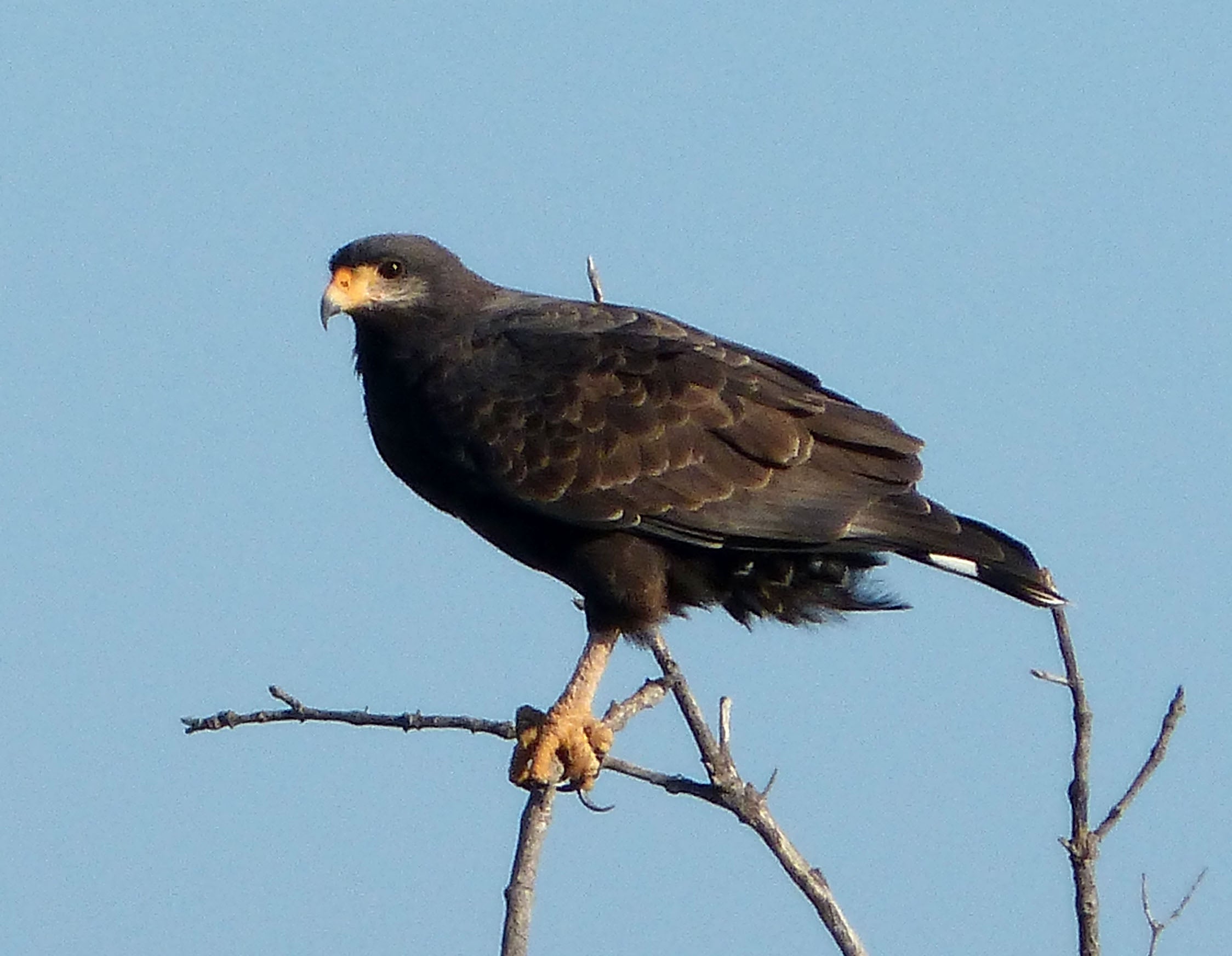 But it soon became clear this wasn’t a one-time sighting, and as the years went on, the transplant became a resident of the marshlands.

“The Laguna de Santa Rosa Wetland is a very rich place that has great feeding opportunities, and so that could be part of [why it stuck around],” said Jennifer Coulson, a population ecologist at Tulane University in New Orleans and president of the Orleans Audubon Society.

In 2009, Moore captured the hawk and tagged it with a leg band, determining that it was female. It was around this time that the hawk was seen performing mating displays in the air toward local red-shouldered hawks (Buteo lineatus). These advancements didn’t go over well, and the female black hawk was routinely chased away in a flurry of feathery pique.

And understandably so. Red-shouldered hawks – found in eastern North America and a coastal strip in California – are a wholly different animal. They’re smaller than common black hawks and have completely different plumage, coloured with rusty blushes and white bands instead of a uniform black or slate grey. 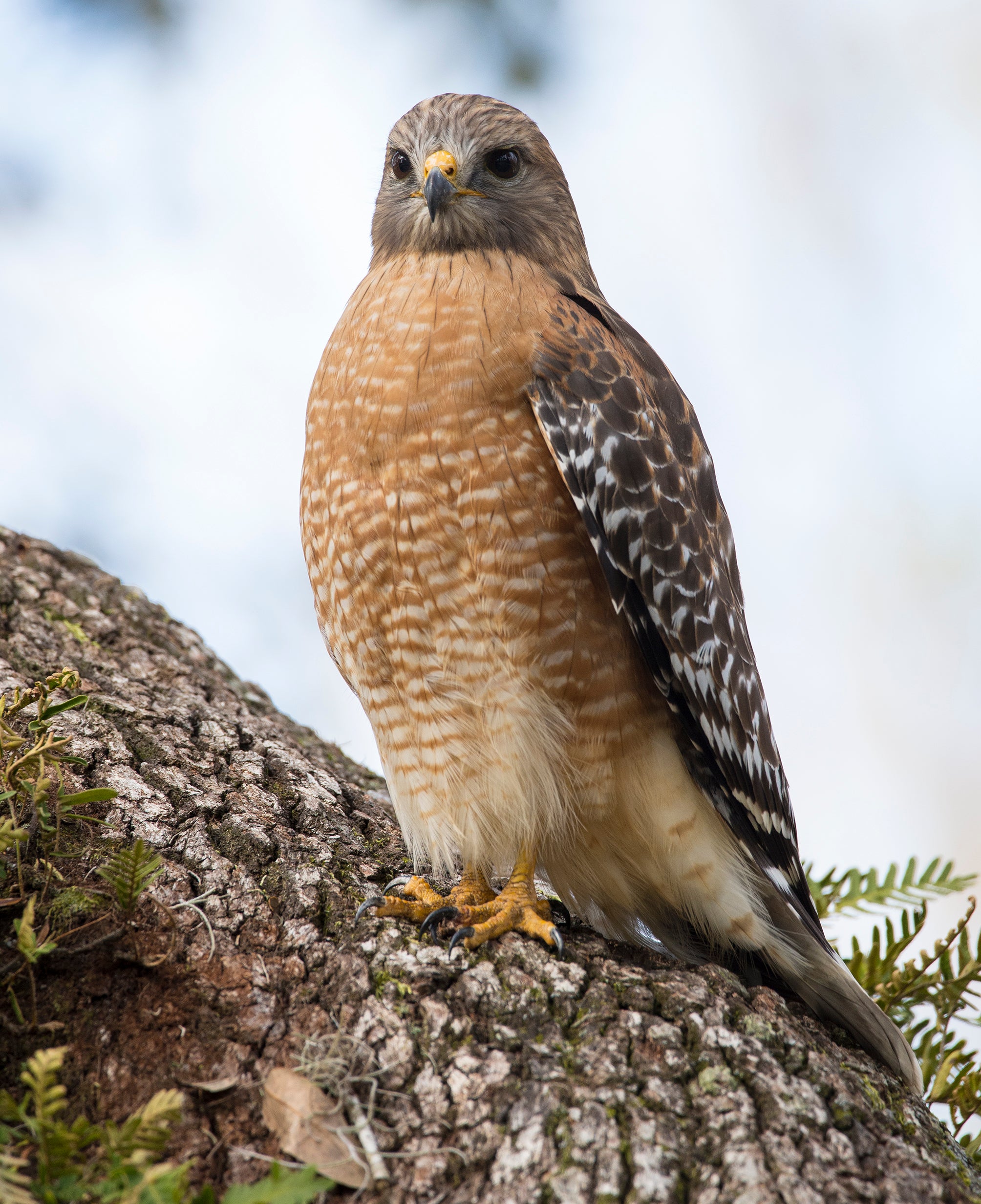 But, according to a new study published in the Journal of Raptor Research by Moore and Coulson, after years of unrequited courting, someone finally swiped right. In 2012, a bird watcher spotted what appeared to be a hybrid juvenile hawk following the common black hawk. In 2013 and 2014, the common black hawk was seen fraternising with a red-shouldered hawk, and later on, the two were recorded mating and tending to a nest. In the spring of 2014, Moore spotted their hybrid nestling.

Like its mother, it had dark plumage on its back and was pretty big. But its head was round, its bill was shallowly hooked, and its jaw narrow; all features more like its father.

“The common black hawk, as a juvenile, has a really striking face pattern, with a lot of white or cream colour with some bold dark brown,” said Coulson, adding that the hybrid didn’t have this patterning.

Hybrids do occur regularly in nature but are often the offspring of closely related species within the same genus (like coyotes and wolves – both Canis, or grizzlies and polar bears, both Ursus). But common black hawks and red-shouldered hawks belong to different genera – Buteogallus and Buteo, respectively. Their cross is more akin to a human interbreeding with a gorilla or a house cat mating with a jaguar. “Intergeneric hybridisation” is exceptionally uncommon in general, and it’s only been recorded in wild hawks and eagles three other times. 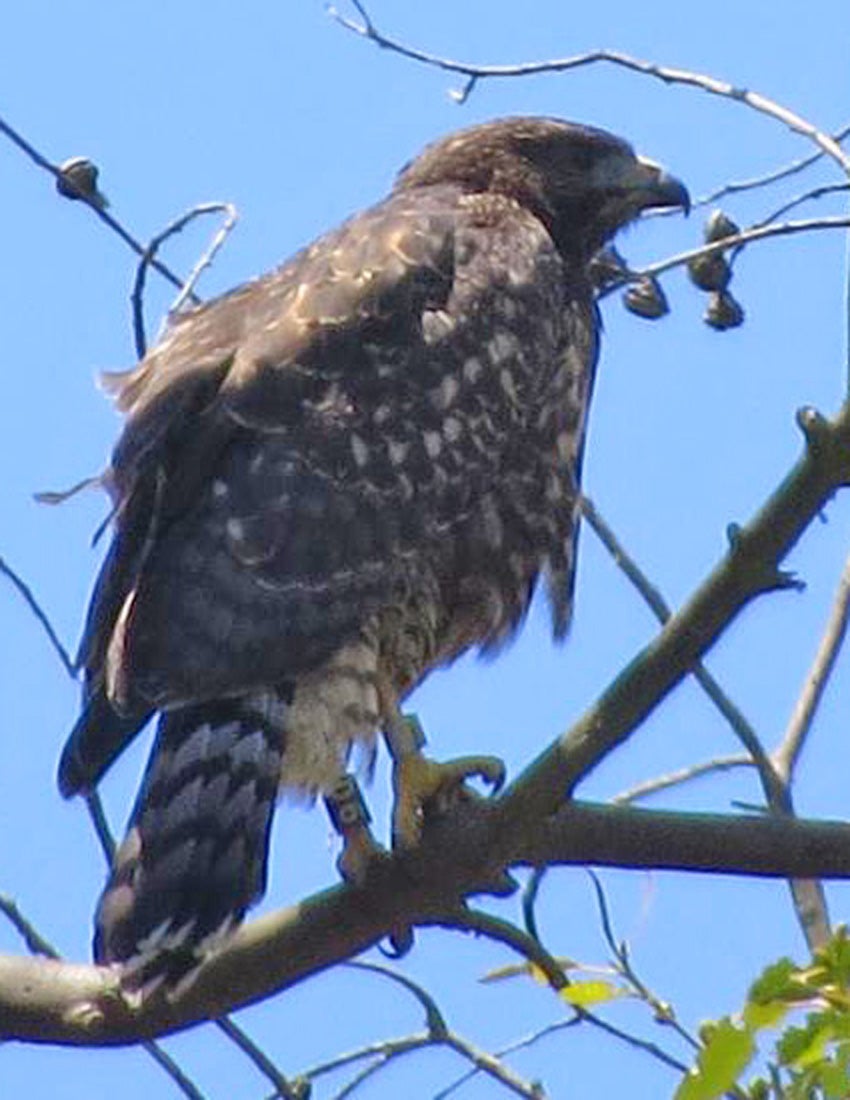 Coulson said finding such crossbreeding is “a big deal.”

“That doesn’t happen often in hardly anything, especially not in predators,” she added, noting that among hawks, females are the larger sex, and black hawks are the bigger of the two species, so the size contrast here was great enough to put the male in significant physical peril.

Coulson noted that there’s roughly three to four times the amount of genetic separation between the two parental species than what you’d see between closely related (and more frequently crossbreeding) species.

The unexpected pairing certainly owes itself to raw pragmatism rather than romance: the result of desperation on the part of the black hawk, finding herself hundreds of miles away from others of her species. Red-shouldered hawks may have been the closest approximation to her normal dating pool, so she made it work. 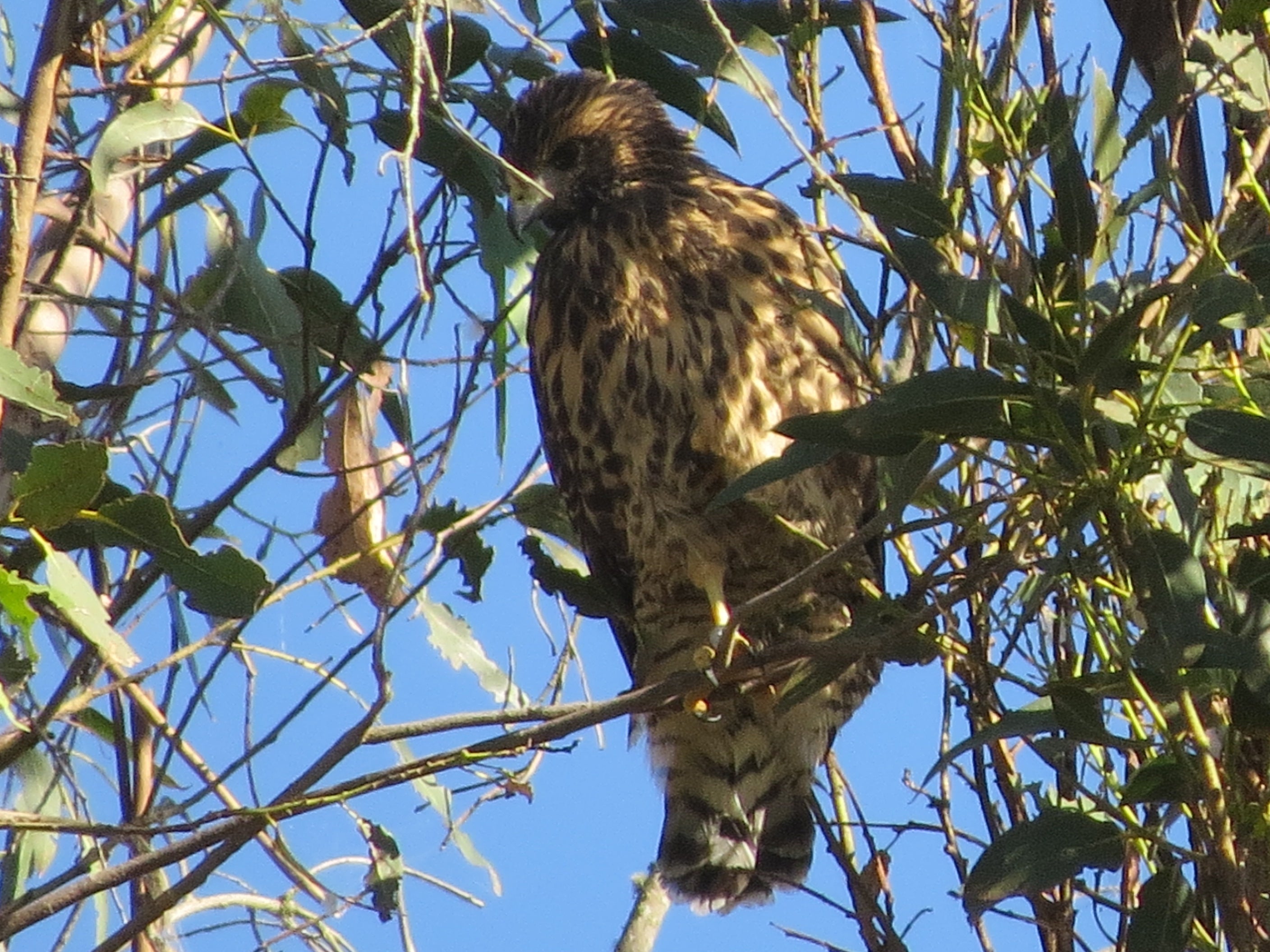 Coulson is curious to know if the hybrids’ genetic makeup lines up with their outward appearance. A blood sample was taken from the 2014 nestling, but no genetic analysis to confirm hybrid status has been performed yet.

Ottenburgh said that, if fertile, the hybrid could crossbreed with its parental species, leading to the flow of DNA between the two species.

“This is what happened between humans and Neanderthals,” he said. “In some cases, the exchanged genes might result in an adaptive advantage for one of the species. So, hybridisation can be an important factor in evolution.”