Incredible New Map of Moon Shows Its Every Nook and Cranny

Scientists led by the United States Geological Survey’s Corey Fortezzo have released what they call the “Unified Geologic Map of the Moon – an authoritative map of lunar geology". The map, built from six Apollo-era maps and updated with more recent satellite data, lists the names of features and includes data on topology as well as what layers of rock are exposed on the lunar surface.

“Maps like this, and maps we’ve made for Mars and other bodies, help set a common languages for scientists to understand what we’re talking about,” James Skinner, USGS research geologist, told Gizmodo. The map will hopefully be useful to the scientific community and even for future lunar missions.

This is a 1:5,000,000 scale map, meaning that 1 millimetre on the map represents 5 kilometres on the Moon. It builds on a 2013 “digital renovation” of the six Apollo maps but now incorporates data from the Lunar Reconnaissance Orbiter Camera Wide Angle Camera and the Lunar Orbiter Laser Altimeter. 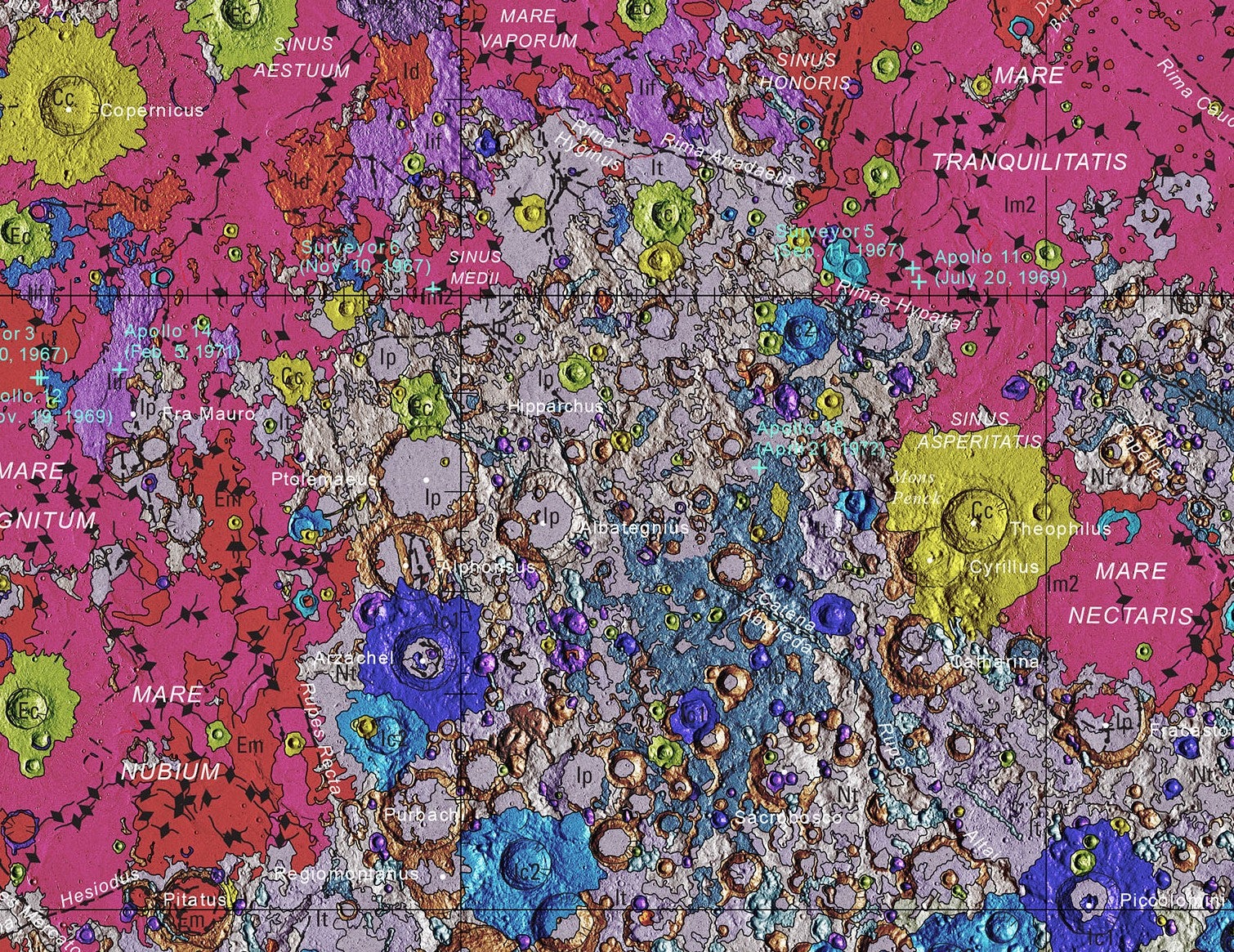 The colours divide the map into geologic units; scientists divide the Moon’s geologic history into a different eras, so a colour represents the kind of rock and its era. For example, yellow on the map represents Copernican craters – the rim, wall, and floor of bright material from the Moon’s Copernican period, which lasted from a billion years ago to today. Shading represents topographical information.

Lunar maps have various uses to scientists. Skinner explained that they can show hazards as well as resources and where we might be able to develop the Moon, though mapping an extraterrestrial body to that level of detail is far off. Given this map’s scale, its main purpose is to serve as a summary of what scientists know about the Moon today. The map is available in a GIS (geographical information system) format that allows researchers to overlay their own scientific results on top of it in order to better put discoveries into context.

This isn’t the final version of the map, Skinner told Gizmodo. As scientists learn more about the Moon, we’ll start to see more tweaks. But ultimately, this map is a high-level overview, and higher-resolution maps will be needed to elucidate smaller sections of the Moon.

The team hopes their map will reach the broadest audience possible, and to be honest, I think it looks good enough to be framed on a wall. You can download the full map here.