While the iPad gets most of the public’s attention when it comes to tablets, Microsoft’s Surface Go remains one of the most underrated hybrid tablets. Now, based on some recent US Federal Communications Commission (FCC) filings, it appears a Surface Go 2 could be on its way.

The most recent info about a second-gen Surface Go comes via Windows Latest, which discovered a recent FCC application for an upcoming portable computing device from Microsoft. While the device isn’t explicitly named in the filing, the inclusion of model number 1927 and hardware version EV2 strongly suggest that this device could be the Surface Go 2, as those tags have been seen before on leaked Surface Go 2 test results in Geekbench. 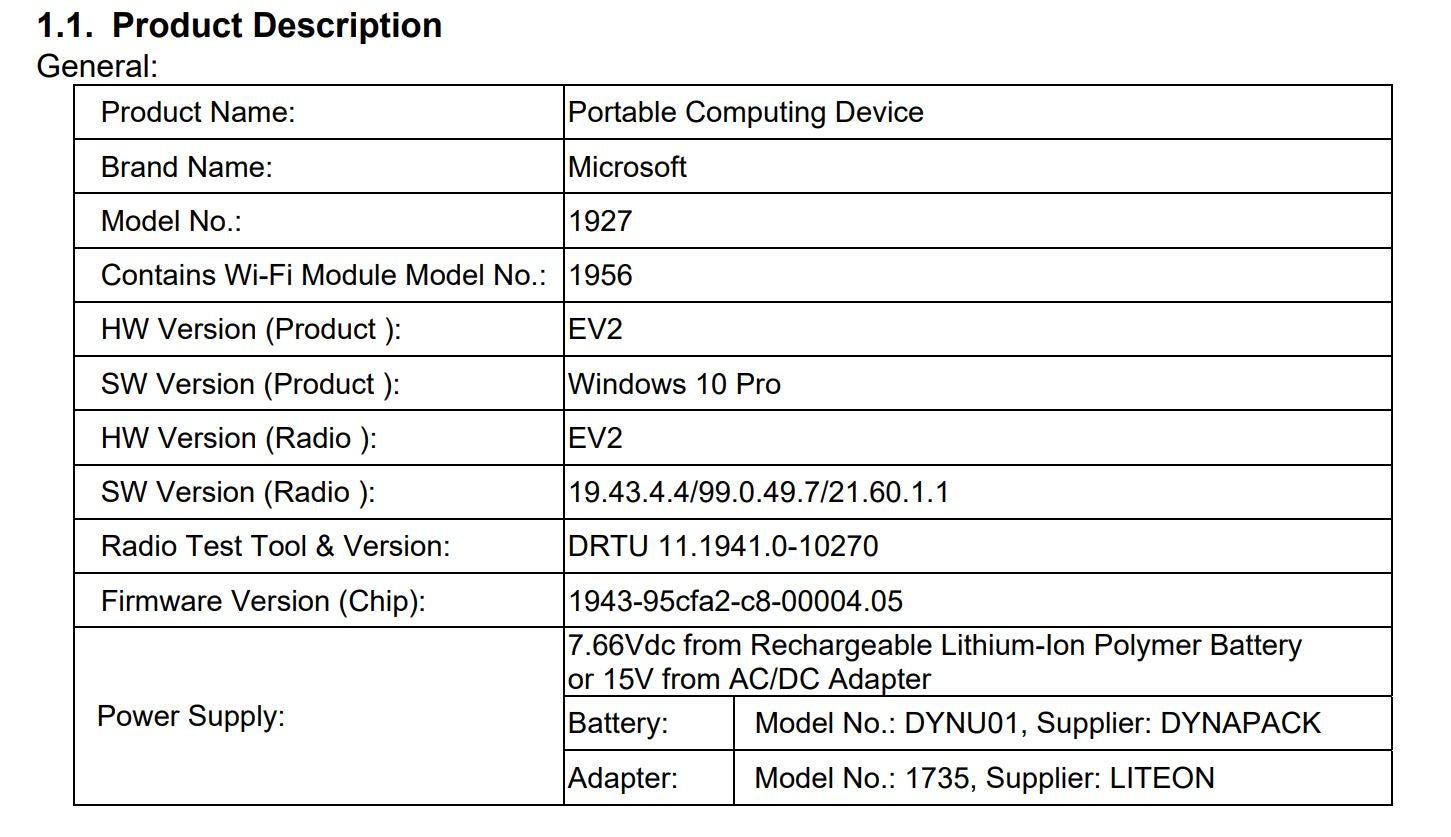 Here’s a screenshot of the product description filed to the FCC showing what appears to be the Surface Go 2. (Screenshot: Gizmodo (FCC/Microsoft)

The device in question is also described as having a 15V AC/DC power adapter, which would likely be too low for a full-blown Surface Pro or Surface Book.

The FCC filing doesn’t contain a lot of info about specs or features, but if we go back to info from previous Geekbench results, it appears the Surface Go 2 will include either an Intel Pentium Gold or Intel Core m3 CPU, 8GB of RAM, 128GB of SSD storage, and either wi-fi or LTE plus wi-fi connectivity.

It seems the Surface Go 2 was originally supposed to get announced at an event in New York City sometime this spring. With so many events and product launches having run into delays due to the coronavirus pandemic, it’s unclear when the Surface Go 2 might get officially announced.

Either way, if you’re in the market for a new portable Windows 2-in-1, you may want to hold off buying anything for now, as a number of tablet and laptop makers are beginning to push out revamped devices for spring 2020.