It’s been almost three years since Motorola released anything you could really consider a flagship phone (and that’s including its £1,500 bendy-screen Razr reboot). But now with the new Edge+, Motorola is getting back in the high-end handset game with practically all the features people expect in a premium device, for a somewhat reasonable price. At the moment, however, the Edge+ is only available in certain European countries, the US and Canada, so bear that in mind as you read on.

It’s almost as if Motorola used Samsung’s Galaxy S20+ as a template, but then started tweaking things to add a bit of excitement (while also trying to accommodate customer feedback). So instead of the almost flat screen on the S20+ that features just a hint of a curve, Motorola has gone for an extremely curvy wraparound screen on the Edge+, which features a 6.7-inch FHD+ OLED “Endless Edge” display that comes with a good, but not class-leading 90Hz refresh rate.

Not only does this cause the phone’s home screen to bend around the sides of the phone, Moto will also light up the sides of the Edge+’s display for things like notifications or during charging. Meanwhile, that 90Hz refresh rate should result in smoother-looking gaming and more fluid animations when flipping between apps and settings. 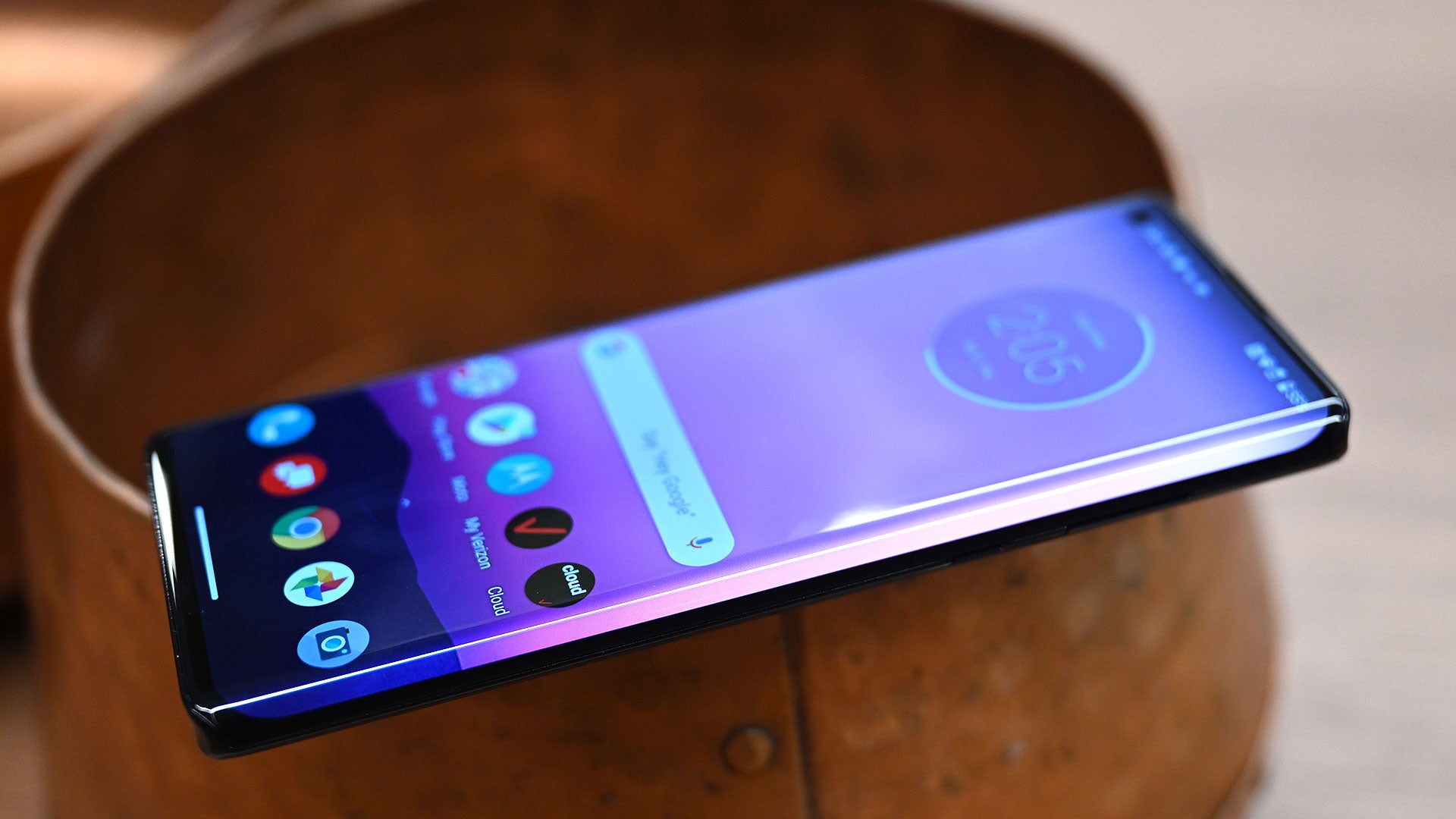 If you don’t like Moto’s Endless Edge display, you can always disable the wrap-around screen effect. (Photo: Sam Rutherford/Gizmodo)

For gamers, the Edge+’s 3D display comes with another bonus. You can use the edge’s of its display as virtual buttons, adding an extra level of control and customisability to mobile shooters like Fortnite, COD, or PUBG.

It’s a neat effect, and the Edge+ is jumping on the waterfall display trend that has become somewhat popular on high-end Chinese phones like Huawei Mate 30 Pro and Oppo Find X2 Pro. However, for everyone out there who might not appreciate the Edge+’s curvy screen, thankfully there is an option to disable the wrap-around effect, limiting visuals strictly to the front of the phone.

As for its cameras, the Edge+ is taking a page out of the Galaxy S20 Ultra’s playbook with the inclusion of a 108-MP main sensor which allows you to shoot full-resolution shots when you want to see every last pixel of detail. However, by default it uses pixel-binning to produce more manageable 27-MP photos. Moto claims this main sensor produces nearly pro-level DSLR quality photos and videos, which is something we’ve heard countless smartphone makers say before (and fail to deliver), so I’m definitely curious to see if the Edge+’s camera can live up to the hype.

While other smartphone makers continue to ditch the headphone jack, Motorola is keeping the 3.5mm port alive on the Edge and Edge+. (Photo: Sam Rutherford/Gizmodo)

Aside from the main cam, the Edge+ also comes with a solid assortment of supplementary cameras for a high-end phone including an 8-MP telephoto cam with a 3x optical zoom, a 16-MP ultra-wide angle cam, and even a dedicated Macro Vision setting. When it comes to video, the Edge+ also features a hybrid stabilisation system that combines both optical and electronic stabilisation to create smoother-looking clips, and even 6K video recording (but not 8K like you get on the S20 line).

On the inside, the Edge+ easily lives up to its high-end aspirations, sporting a Qualcomm Snapdragon 865 processor, 12GB of RAM, 256GB of base storage, a sizeable 5,000 mAh battery, and support for both mmWave and sub-6GHz 5G. And while the Edge+ doesn’t have a microSD card slot, it does have an honest-to-goodness headphone jack – a feature that has become a rarity among premium handsets. In fact, one of the only other new high-end phones in recent memory to also get a 3.5mm jack is the LG V60. 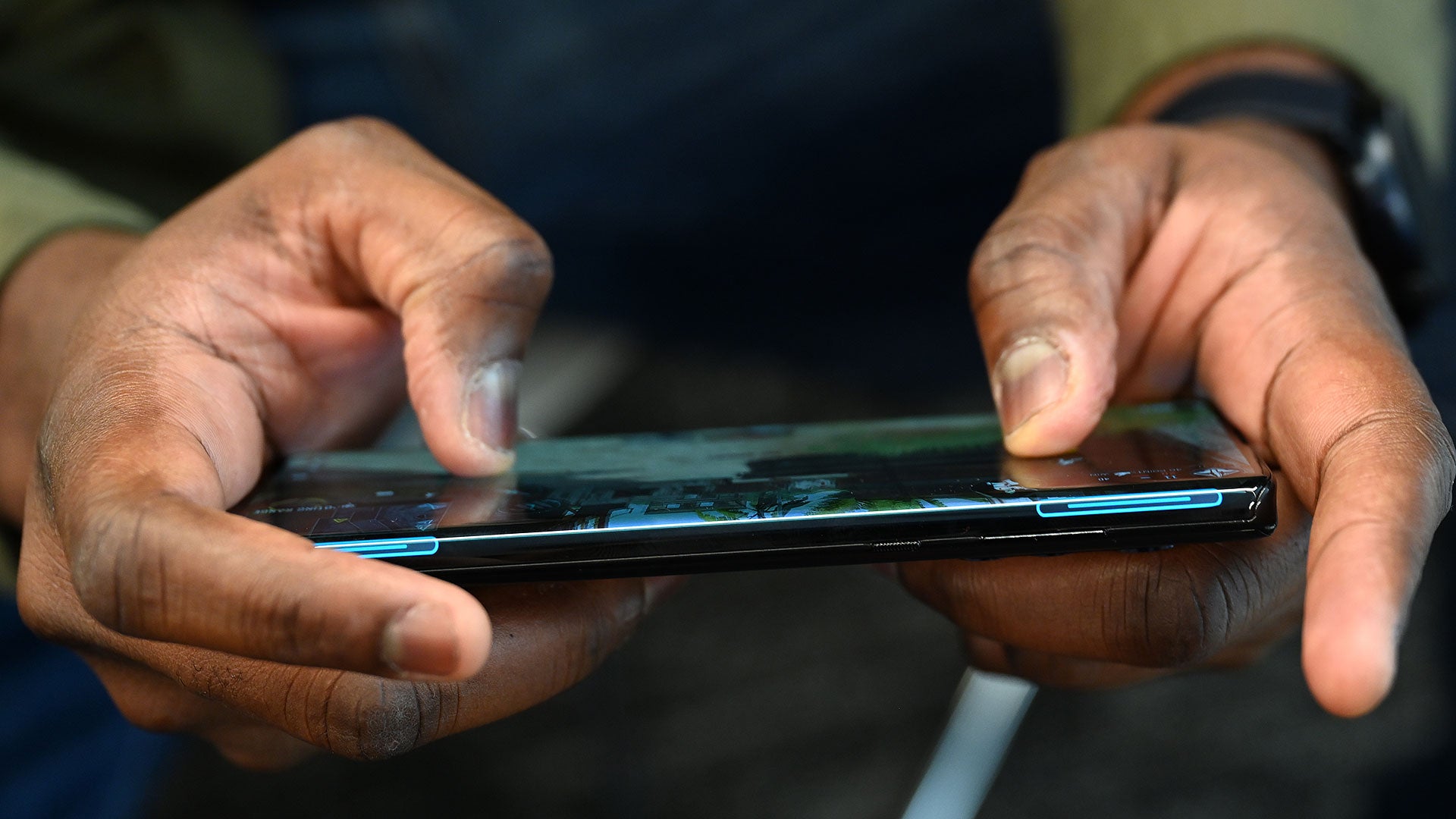 Moto has even taken measures to improve the Edge+’s charging, offering support for 18-watt TurboPower wired charging, 15-watt Qi wireless charging, and 5-watt reverse wireless charging in case you ever need to help out a friend with a phone that’s low on juice.

But what might be the best thing about the Edge+ is its price, because at €1,200 (£1,054), the Edge+ offers almost everything you get from a Galaxy S20+, but for almost £150 less. The main differences are that instead of Samsung’s 120Hz refresh rate display and microSD card slot, the Edge+ has a screen that tops out at 90Hz, a higher resolution main cam, and a headphone jack. And in a somewhat strange turn of events, the Edge+ is arguably the more stylish of the two, though its selection of colours (purple and grey) could use some work. 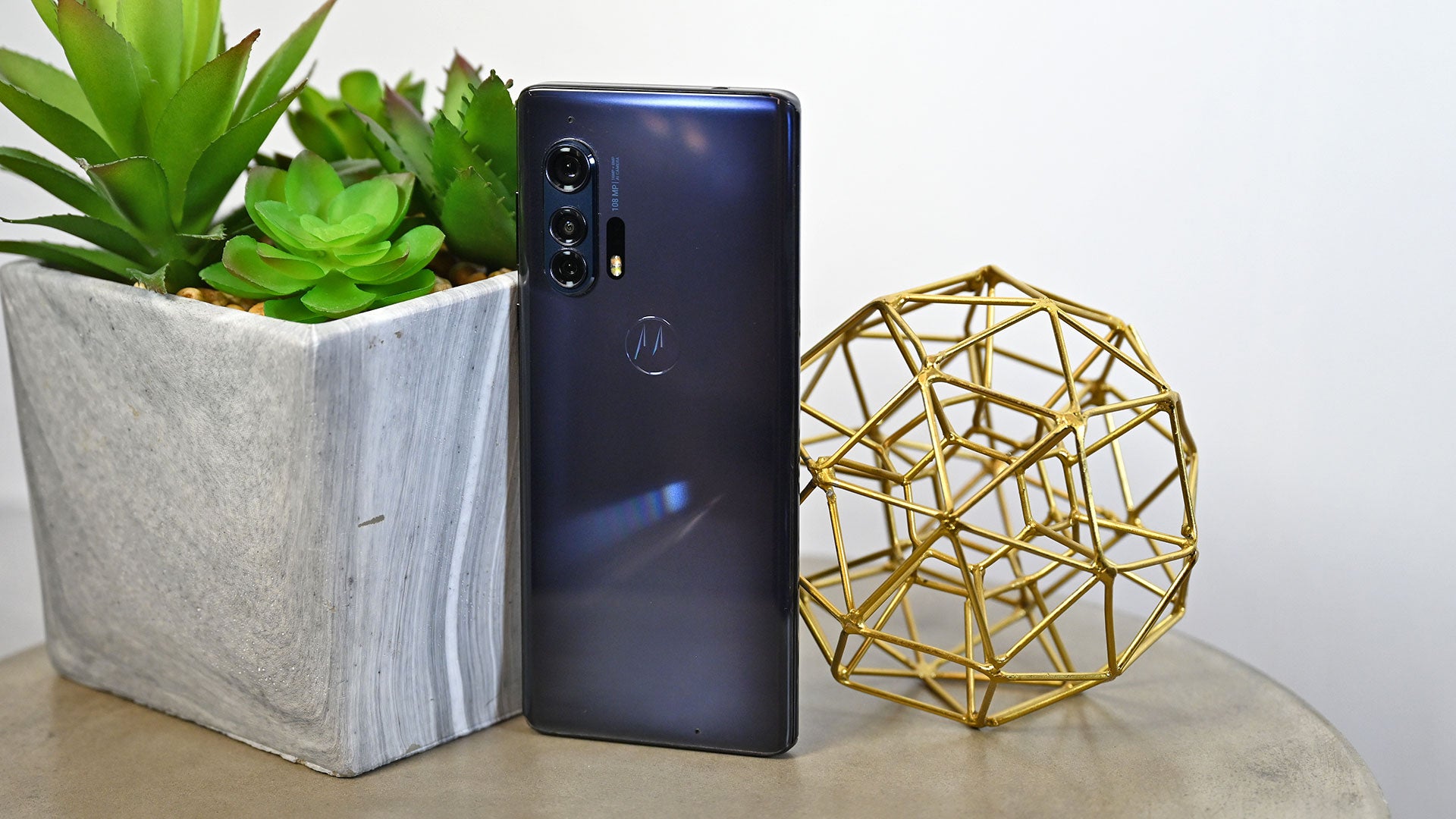 Finally, in case the Edge+ is a bit too rich for you, there will also be a more affordable standard Edge at €600 (£527) with a slightly less speedy Snapdragon 765 chip, 4GB of RAM, 128GB of storage, a headphone jack, microSD card slot, and lower-res 64-MP camera. Unfortunately, the vanilla Edge is also not available in the UK (at least not at the moment), so it’s hard to say yet how much of a deal the Edge+’s more humble sibling will be.