Unlike the Galaxy S20 Ultra that’s on sale in the US, which uses a Qualcomm Snapdragon 865 chip, the Galaxy S20 Ultra in the UK and most of Europe uses an Exynos chip. And users here, as well as many based in continental Europe, are complaining that they’ve encountered a number of big problems with Samsung’s super-premium flagship phone.

Following its release back in early March, owners of the Exynos version of the Galaxy S20 Ultra have started reporting problems including overheating, poor autofocus performance, short battery life, and strange incompatibility bugs that can prevent games such as Pokemon Go from running properly. And now, users on Samsung’s forums have started complaining that the screens on some Exynos S20 Ultras are being afflicted by a heavy green tint. 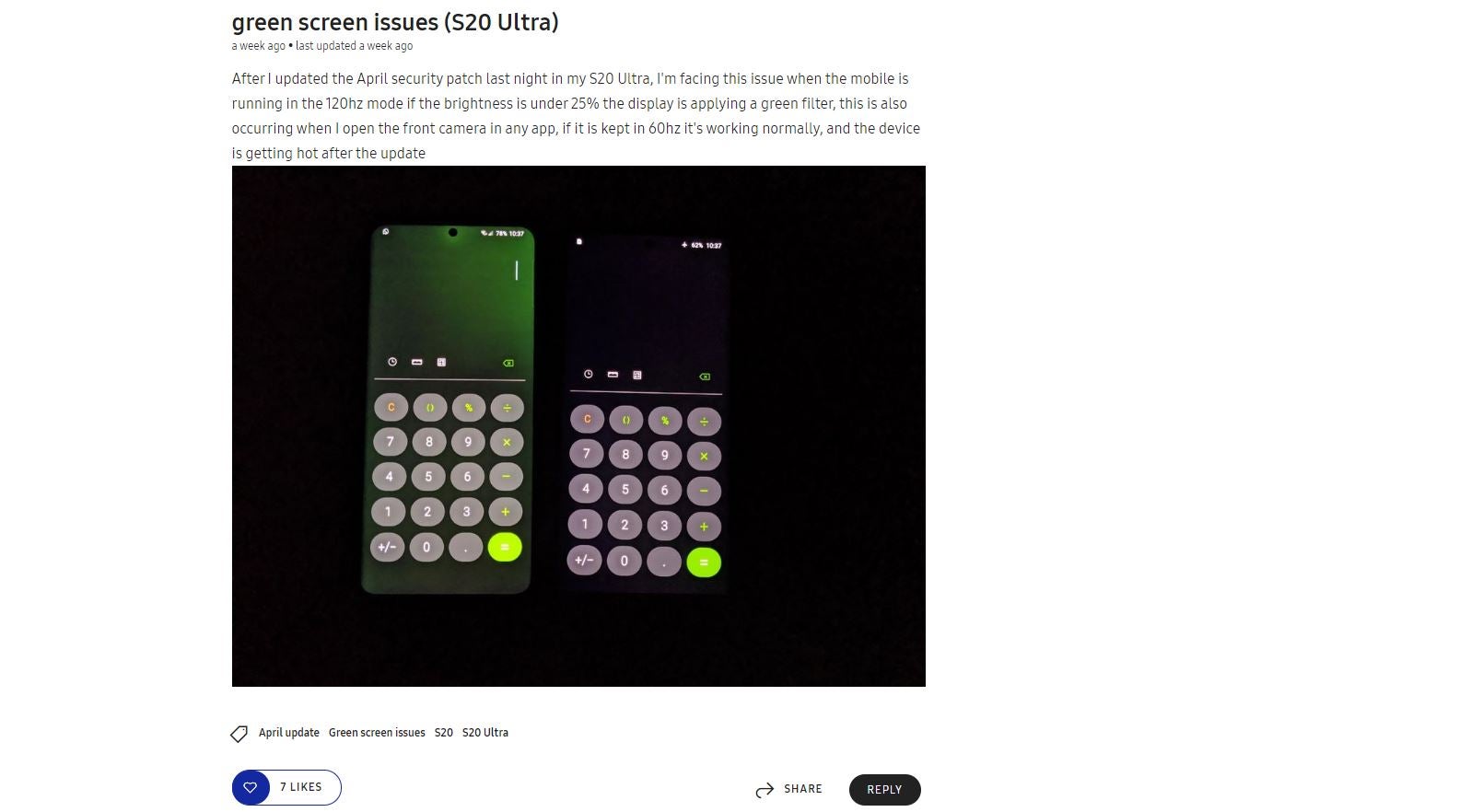 While the cause of the Exynos S20 Ultra’s green-tinted screen may be rooted in software, as the issue only seems to appear when the phone has less than 25 per cent battery while running in 120Hz mode (but not 60Hz mode), the wide variety of issues plaguing the S20 Ultra has many users feeling like regions that got the Exynos version instead of the Snapdragon version have been stuck with a lemon, or at the very least a lesser version of the Snapdragon S20 Ultra.

Historically, Samsung has often dual-sourced the processor used in its flagship Galaxy S phones, with the US and many western countries typically getting the Snapdragon variant while many Asian countries including Samsung’s home turf of South Korea often getting the Exynos version. In fact, in the US, the last time a Galaxy S featured an Exynos processor was way back in 2015 on the Galaxy S6.

But in a somewhat unusual move this year, South Korea got the Snapdragon version of the S20 Ultra instead of the Exynos version, and with Samsung also being responsible for designing and fabricating the Exynos 990 chip used in some versions of the S20 Ultra, some users are viewing that move as proof Samsung Mobile knew the Exynos 990 wasn’t a proper alternative to the Qualcomm’s Snapdragon 865. The idea being that Samsung wouldn’t want to put out an inferior product in its home country.

Gizmodo has reached out to Samsung for more info and a statement on the matter, but either way, between all these issues and the Galaxy S20 Ultra’s high price tag, it will be difficult to change the growing perception that Samsung over-promised on the features and quality of the Exynos S20 Ultra.

For anyone still considering buying an S20 Ultra, the most important thing you can do is figure out which version of the S20 Ultra is available in your country (as mentioned above, the S20 Ultra sold in the UK is the Exynos model), and if it’s not the Snapdragon model, try to figure out ways of importing one from the US or one of the other countries where that model is on sale.