Ever get the urge to just flee the planet? Especially lately? These days we’re thinking that suddenly jetting away from Earth wouldn’t be so bad. In fact, it could rule – especially if any of these 10 aliens are willing to handle the travel plans. 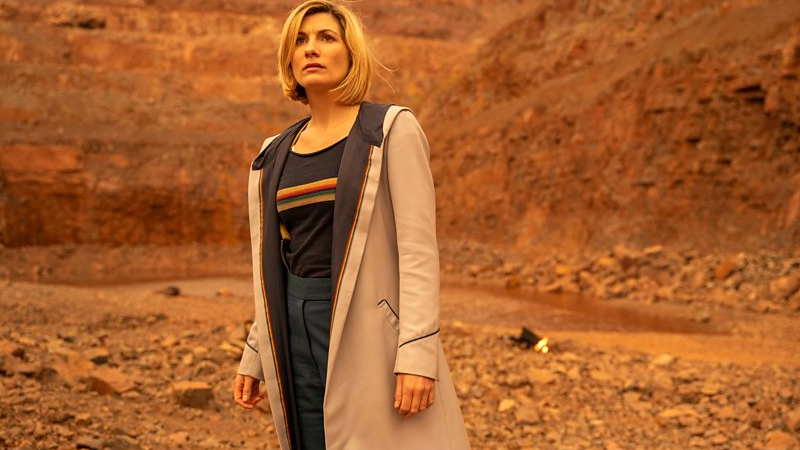 If the Doctor (Jodie Whittaker) is ever looking to add to her “fam,” we are available. (Image: BBC)

Any version of the character, we don’t care. If we get an invite to board the TARDIS, we won’t hesitate to accept – even if the journey (inevitably) involves visiting a planet that’s just as unpleasant as Earth, or is Earth itself on some weird alternate timeline.

9) Ford Prefect, The Hitchhiker’s Guide to the Galaxy

Douglas Adams’ creation – a beer-guzzling travel-book researcher from the vicinity of Betelgeuse – only looks human. Fortunately, though, he’s savvy to the goings-on of the universe and rescues BFF Arthur Dent when the inconveniently located Earth is marked for destruction, then takes him on an intergalactic adventure. We’re trying not to panic given current events, but...hey dude, can we hitch a ride too?

Ron Howard’s 1985 sci-fi fantasy imagines that the residents of a Florida retirement community discover their neighbours are aliens who’ve imbued their swimming pool water with restorative properties. When the elderly folks get a little greedy with using the water to de-age themselves, the aliens don’t hold it against them; in fact, at the end of the movie, the Earth people are invited to return to the Antareans’ home planet, where they can stay young forever. Sounds pretty nice – and as the 1988 sequel Cocoon: The Return showed us, returning to Earth to age as nature intended is always an option for those who want it. 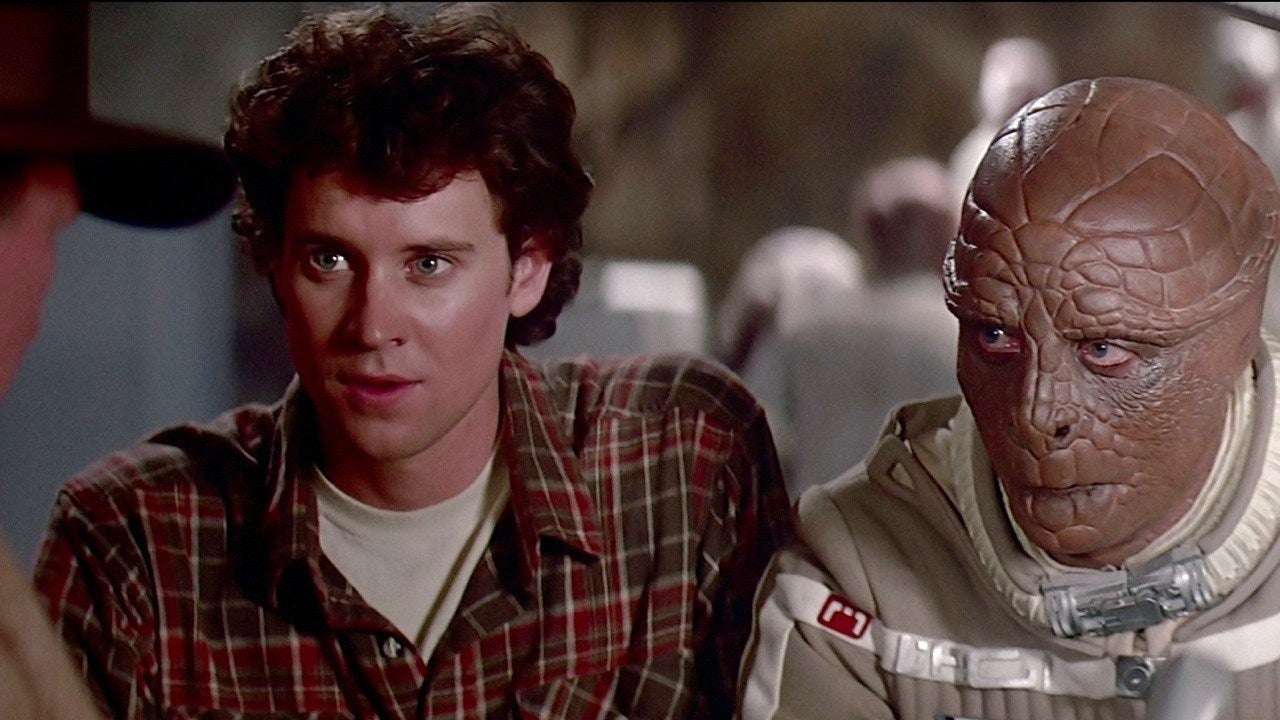 Teenager Alex (Lance Guest) is pretty sure he’ll never escape the trailer park, but he is really, really good at one thing: an arcade game called Starfighter. Little does he know the game is actually a training program that teaches players the combat skills they’ll need to fight in a real-life intergalactic conflict – and his high scores have made him the ideal recruit. Being spirited away to the front lines of a war is extremely unnerving at first, but Alex eventually comes around to embracing his heroic destiny, as well as launching the dreams of zillions of Last Starfighter fans who’d love the same sort of opportunity.

The aliens in Robert Zemeckis’ 1997 Carl Sagan adaptation don’t really want to physically take humans anywhere; they’re much more interested in reaching out, communicating, learning more about Earth, and eventually building bridges between species. Though Jodie Foster’s character – who’s greeted by a figure that takes the form of her beloved late father – emerges without much proof of her close encounter, you get the sense that these aliens are vastly intelligent and don’t mean humans any harm. In other words: Even if we don’t have the resources of, say, that billionaire played by John Hurt to build a couple of those mind-transporter device thingies – we’d love a word next time you circle back around! 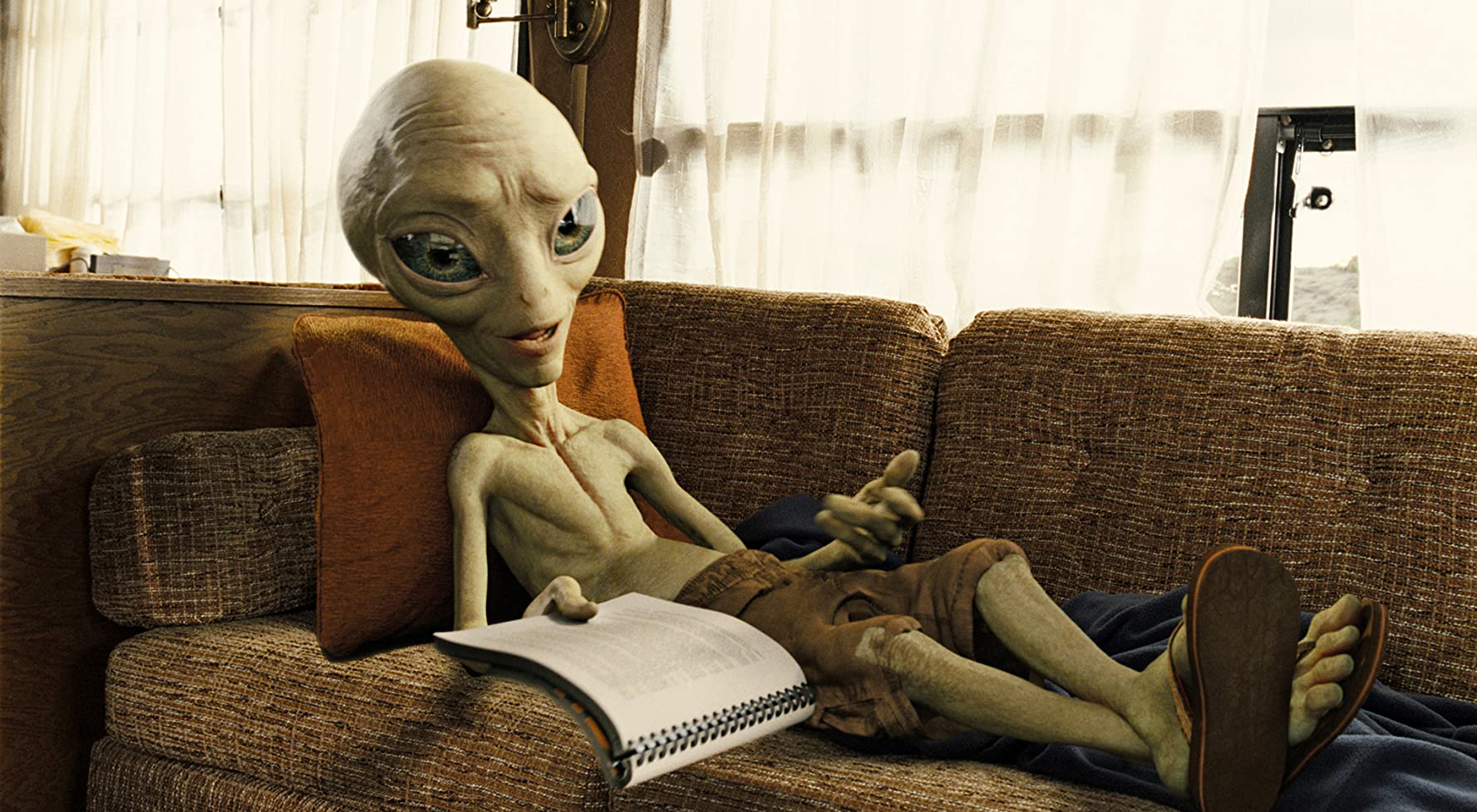 Best friends Graeme (Simon Pegg) and Clive (Nick Frost) are on their dream trip – San Diego Comic-Con, then stops at all of the big UFO hotspots in the American Southwest – when they encounter the real deal, a super chill E.T. named Paul (Seth Rogen), who’s fleeing the FBI agents hot on his trail. Though he adds peril to their journey, Paul turns out to be a decent road-trip buddy; he can resurrect roadkill (before gobbling it down), expand minds, heal the blind, intimidate bullies, and even ends up making amends with the woman whose life he ruined when he first arrived. In fact, he even invites her to his home planet, so we know Paul’s peeps are open to visitors. 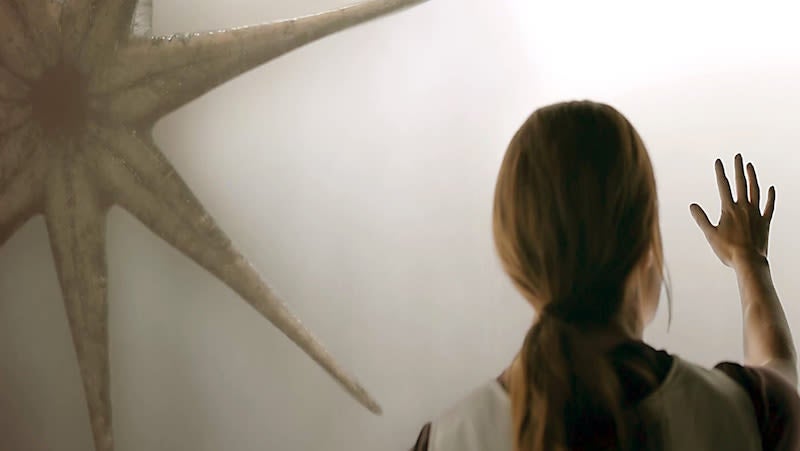 Unlike certain others on this list, these guys aren’t into Reese’s Pieces. (Image: Paramount Pictures)

Travelling with Arrival’s time-fluid, squid-like creatures might be a little logistically complicated, but at least Amy Adams’ linguist character has already figured out the nuts and bolts of communicating with them. They are obviously very wise and highly evolved, and they travel around in their sleek ships encouraging the inhabitants of other planets to be better communicators. That is definitely a cause we’d be willing to ditch Earth to support.

The aliens do spend the entire movie gently tormenting the various human characters who’ve come into contact with them, especially Roy (Richard Dreyfuss) and Jillian (Melinda Dillon); and yes, Jillian’s toddler son does get abducted for a short period. But Steven Spielberg’s 1977 extraterrestrial story is ultimately a hopeful one, as a wonder-filled Roy voluntarily climbs aboard the glowing mothership so that he can explore the universe with his new friends. These aliens dig music and they actually smile.

Steven Spielberg’s other friendly-alien tale (you’ll notice War of the Worlds is not on this list) introduced the world to a curious, klutzy, big-hearted creature who loves candy, beer, BMX bikes, MacGyver-ing rad inventions out of random household objects, and being a friend to those who need one the most. Though his alien buddies accidentally leave him in the Los Angeles suburbs, they return to collect him. Take us home with you, E.T.! 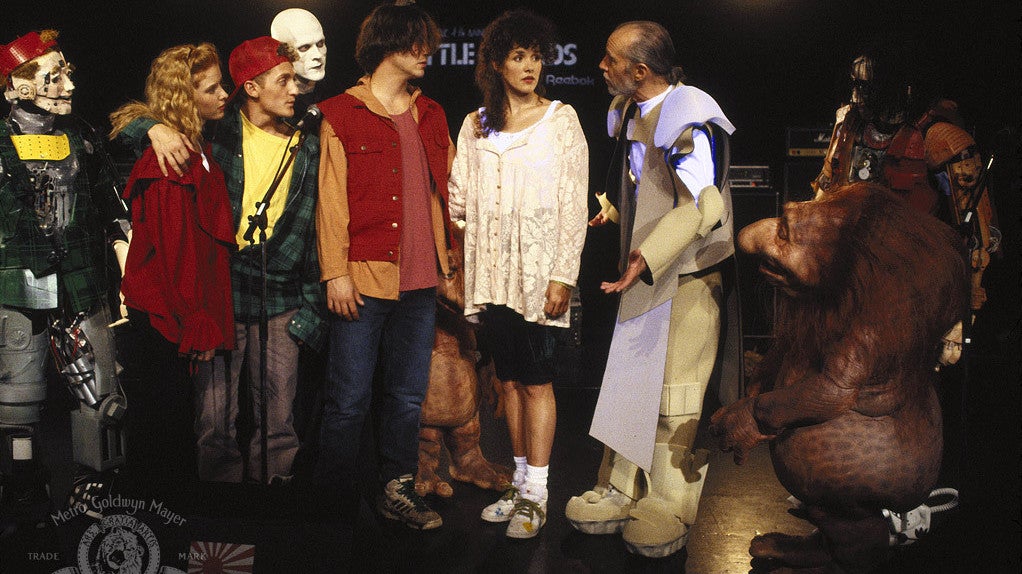 STATION! (far right) and also some other people you might recognise. (Image: Orion Pictures)

The character was created by mistake, and a legend was born. God summons “the most brilliant scientist in the entire universe” – or scientists, since there are two of them most of the time – to help Bill and Ted battle the evil robots that are roaming around Earth in their place. What is Station? Why is Station? Why does it only utter the word “Station”? We don’t know. What we do know is that the hairy, cheerful little guys play a big part in saving the day, and they even end up jamming with Wyld Stallyns at the end. How could their home world disappoint?