More than a year ago, researcher Julian Dowdeswell boarded a research vessel at the edge of the Fimbul ice shelf to the east of the Antarctic Peninsula. He and six other scientists with the University of Cambridge were setting off as part of an expedition to study the ancient patterns of ice sheet retreat along the peninsula, what is one of today’s most vulnerable ice shelves.

The team analysed the data gathered on that trip and has published a study in Science on Thursday. They have found that ice sheet retreat rates 10,000 years ago make today’s rate of retreat look like baby steps. This period saw ice shelves retreat more than 10 kilometres (6 miles) each year along the Larsen C shelf. That’s three to five times greater than the rates we’ve seen via satellite data over the last 25 years. These findings can improve how scientists’ model the future of ice and what it means for sea level rise.

“We can show that sometime in the relatively recent past, retreat rates in excess of 10 kilometres per year are possible,” Dowdeswell, the paper’s author and director of the Scott Polar Research Institute at the University of Cambridge, told Gizmodo. “That has implications for the future.”

To reach these conclusions, the team spent six weeks from January to February in the Antarctic. The researchers used a remotely operated underwater vehicle to assess a nearly 10-square-kilometre (4 square-mile) area of sediment deposits. Dowdeswell said the deposits remain in “almost pristine condition” because humans have had little influence on the seafloor there.

“That’s why it’s such a remarkable record of a place that today is almost impossible to get to,” he said.

In the past, ships decked out with echo sounders would map the seafloor using sonar technology. However, given the distance from the actual seafloor, these maps were of a lower resolution. The underwater vehicle is able to get a lot closer and provide higher resolution mapping, including under the ice shelf. That allowed the scientists to capture the detailed sediment patterns that tell an ancient history of ice retreat.

“We are now able to map the seafloor at a sub-meter scale,” Alastair Graham, an associate professor of geological oceanography at the University of South Florida who was not involved in this study, told Gizmodo in an email. “It’s really like looking at something under the microscope for the first time.” 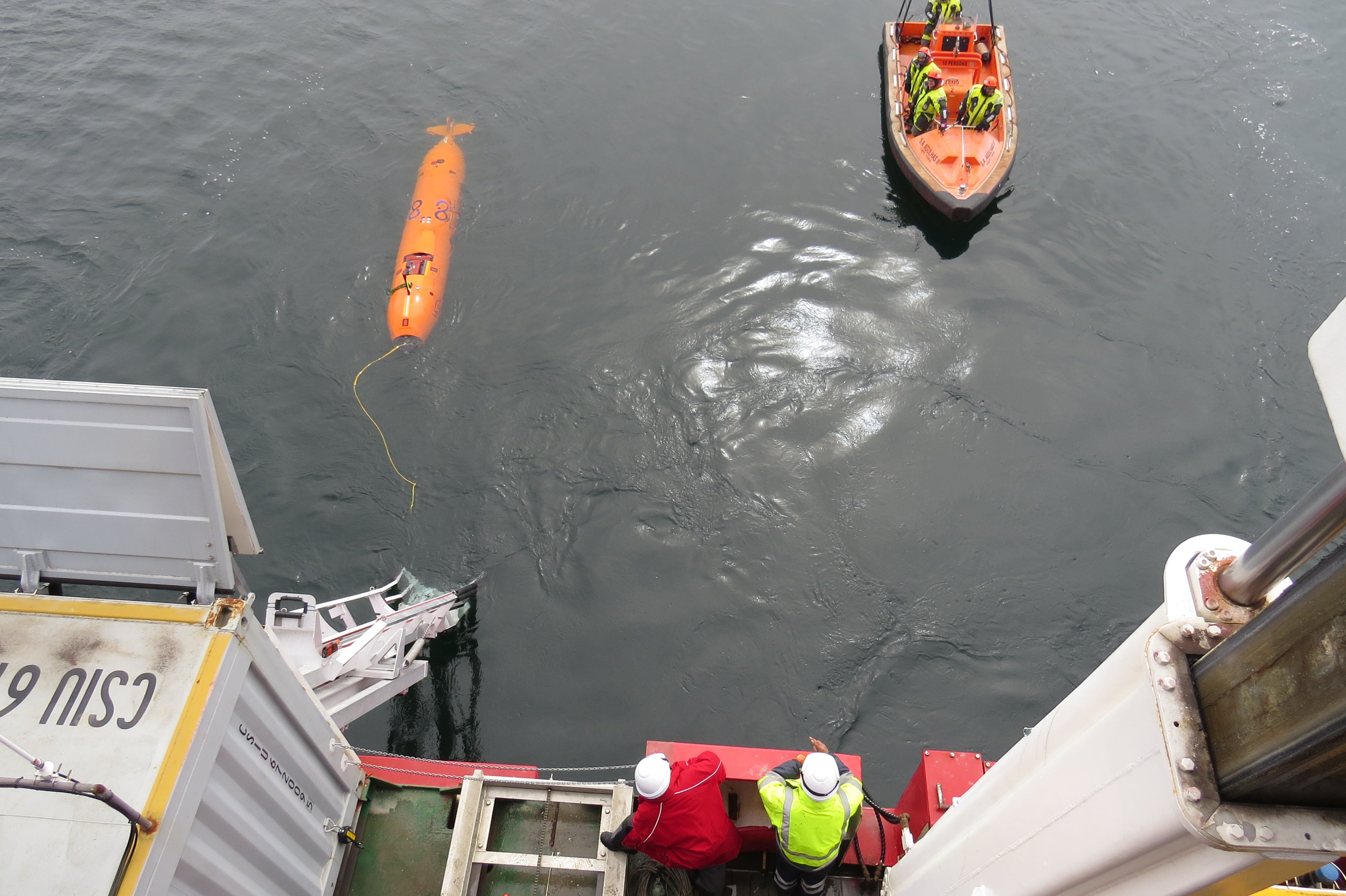 What’s going on under ice shelves – floating extensions of inland ice sheets that feed them – is of utmost importance. When warm water cuts under them, it thins the ice shelf by melting it from below. As the ice thins, it can lift off the seafloor and begin to bob with the tide. That up and down motion can form ridges on the seafloor close to where ice meets the seafloor, an area known as the grounding line. The team identified up to 90 ridges to paint an incredible story of ice melt over the past 10,000 years.

“The grounding zone of ice sheets and the processes that occur there are ‘holy grails’ for glaciologists and glacial geologists because they are so hard to access and image,” Graham said. “The methodology is robust.”

The space between the ridges helps scientists determine how old they are. Using the ridges as a proxy for ice shelf retreat, the study estimates that ice could have pulled back up to 40 to 50 metres (131 to 164 feet) per day. That has profound implications for what the future could hold. Warm water is currently wreaking havoc both along the Antarctic Peninsula and West Antarctic. The risk of rapid ice shelf collapse could raise sea levels 10 feet or more, and researchers are trying to understand just how fast the retreat could be.

The main limitation of this analysis is determining the age of these ridge formations. It’s hard to know when exactly they happened or over how long a period of time. In the Antarctic, carbon dating is tough. Most of the organic material that informs this method doesn’t survive in Antarctic waters. The team did, however, take sediment cores with the hopes of dating the material.

“The only weak point is the determination of the retreat rate,” Frank-Oliver Nitsche, a scientist at the Lamont-Doherty Earth Observatory of Columbia University, wrote in an email to Gizmodo. “It is really difficult to determine the exact age and timing of the ridge formation.”

Despite this limitation, the paper can help scientists better understand – and prepare for – the melting to come. What happens to Antarctica’s ice has everything to do with what comes next for the coasts. The more ice the falls into the ocean, the higher seas will rise. The more they rise, the higher the stakes for coastal communities that’ll face increased flooding and disaster as a result. Now, we can set more realistic expectations of what’s possible in Antarctica. These findings should serve as a warning: The current situation sucks, and it could get a lot worse.