Research published today in Cell provides a population history of people living in the Lake Baikal region of Siberia from the Upper Palaeolithic through to the Neolithic and Early Bronze Age. A total of 19 human genomes were analysed in the study, but one of these genomes is especially significant in that it’s now the oldest known DNA linking Siberians to indigenous Americans. 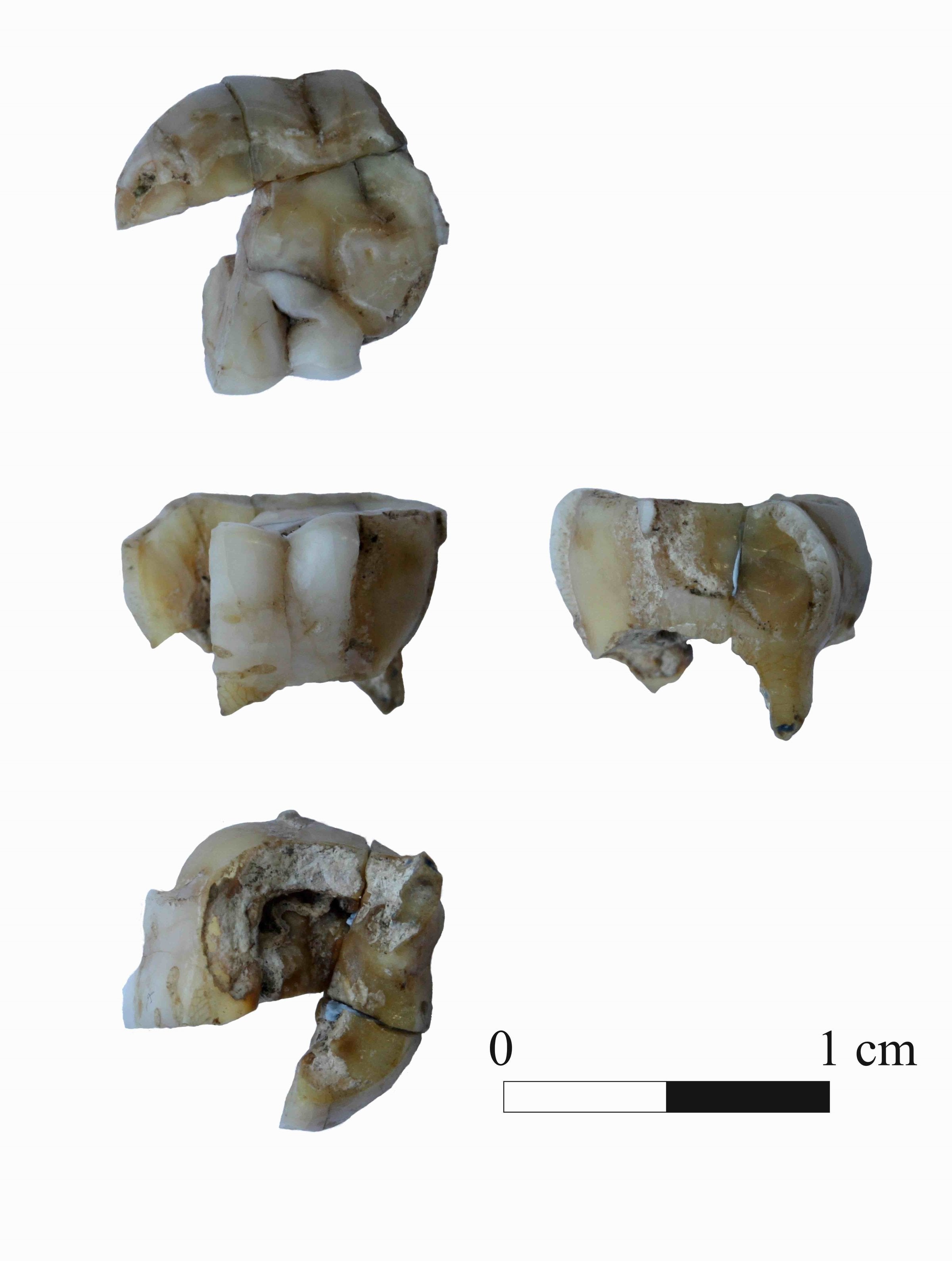 Multiple view of the fragmented tooth, dated to 14,000 years ago. (Image: G. Pavlenok)

The DNA evidence was gleaned from a 14,000-year-old fragmented tooth found 44 years ago at the Ust-Kyahta-3 site in southern Siberia. The new paper was led by archaeologists He Yu and Johannes Krause from the Max Planck Institute for the Science of Human History.

“This study reveals the deepest link between Upper Palaeolithic Siberians and First Americans,” said Yu in a press release. “We believe this could shed light on future studies about Native American population history.”

For much of human history, the Americas had no people at all. Northeast Siberia was the conduit from which Eurasians were finally able to migrate to North America at the end of the last ice age, likely through Beringia or a hypothesised coastal route linking the two continents. The first migratory wave likely happened some 23,000 to 20,000 years ago, with the new study suggesting a founding population from southern Siberia, rather than the north.

“One surprise – from a genetic standpoint, not from an archaeological one – is that Southern Siberians are a more likely source of Native Americans than Northeast Siberians,” Ben Potter, an archaeologist from the Arctic Studies Centre at Liaocheng University in China, told Gizmodo. “We now have genetic data to suggest that Native American-related groups were widespread in Northeast Asia after the last ice age.” 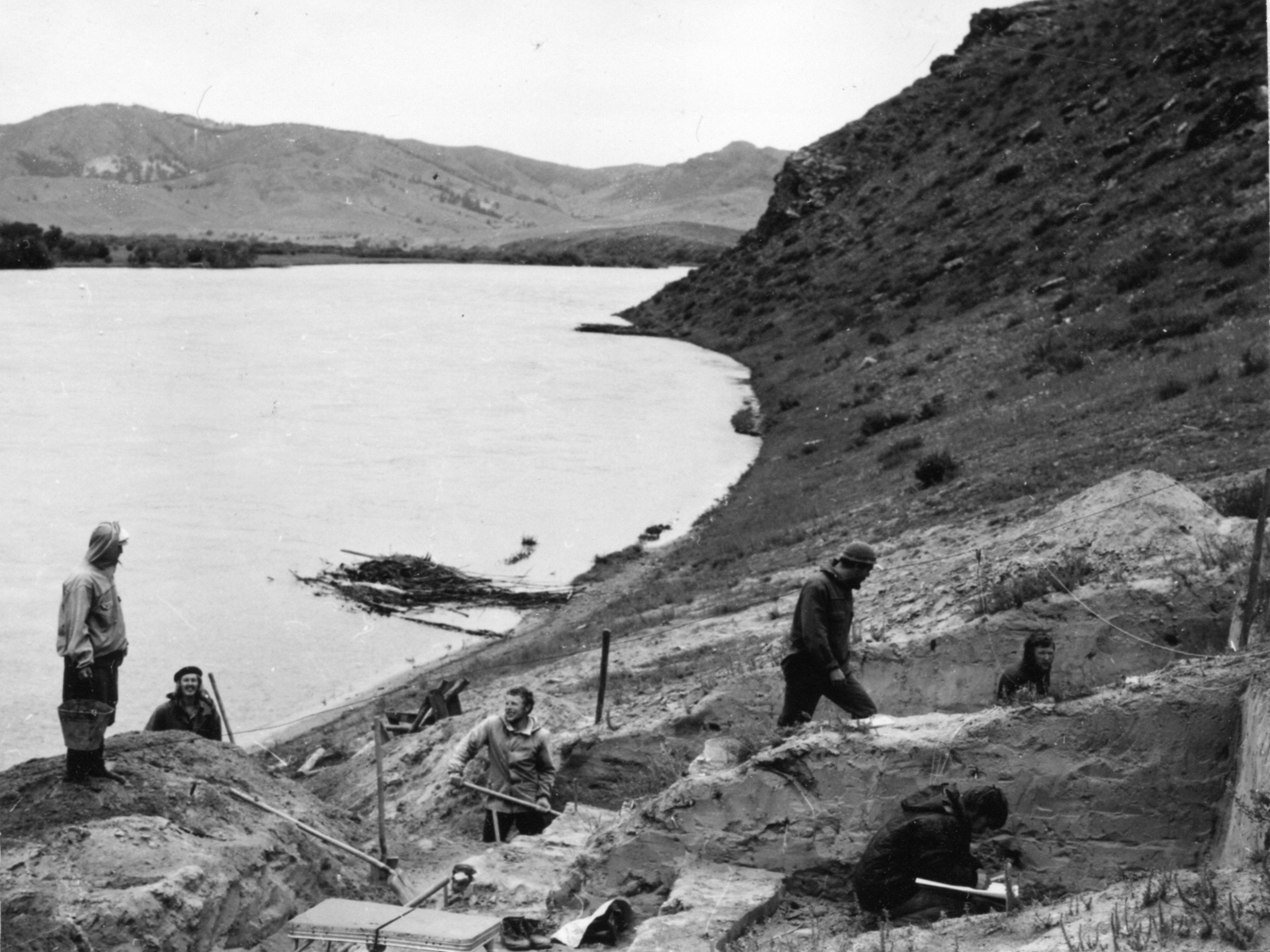 Excavation in 1976 of the Ust’-Kyakhta-3 site located on right bank of the Selenga River. (Image: A. P. Okladnikov)

Importantly, the new genome from the Upper Palaeolithic will “provide a legacy to study human genetic history in the future,” said Cosimo Posth, a co-author of the paper, in the press release.

The tooth belonged to a male, designated UKY001. Analysis of his DNA showed a specific mix of genes that exists in living Native Americans, specifically ancestry from Ancient North Eurasians (ANE) and Northeast Asians (NEA). Prior to the new study, the oldest DNA with a similar set of genes was found in Alaska and dated to 11,500 years ago.

Another genome described in the new study, found in northeastern Siberia and dated to the more recent Mesolithic period, also shared the ANE and NEA heritage. This probably means that the ancestors of both North and South American indigenous peoples were more widely spread out than previously thought. It’s not clear, however, when the ANE and NEA populations first met, but it likely happened more than 20,000 years ago.

Potter, who’s not affiliated with the new research, said the study “fits in nicely with previous recent work in the region,” and it also “aligns well with broad archaeological and genetic patterns and expectations, including the presence of Native American-related populations in Siberia around 14,000 years ago.”

To which he added: “Their results further strengthen the hypothesis of an interior migration of Native Americans from Southern Siberia to the Americas after 16,000 years ago.”

Fascinatingly, and as previous research indicates, the founding population of North America branched off into two groups, one that would become an ancestor population to all indigenous North Americans, and the other a group, known as the Ancient Beringians, that ventured no further than Alaska.