The internet is piecing together an alleged UFO crash landing in Brazil last week Wednesday, with convincing evidence. Here’s a Reddit thread, a Twitter video at night, a Twitter video in the daytime, and even a close-up YouTube video of the suspected spacecraft on Earth – although, upon further soul-crushing inspection, the object looks a lot like a mixing bowl or a colander.

The Brazilian outlet UOL reported that neither the local fire department nor military police recorded the event, and according to Globo, the city said last Wednesday that no officials had contacted them about the incident.

VICE has reported that the #MageUFO hashtag took off and then mysteriously disappeared. (Twitter has not responded to Gizmodo’s request for comment.) Redditors noted that Magé threads were also wiped, to which an r/UFOs moderator replied:

The current mods were specifically asked to curate this sub because it was a total cesspool of repeats, hoaxes, youtube monetised garbage, repeats, known fakes, repeats, and did I mention repeats? If you find that not to your liking, go to the other subs.

If ET crashes in Rio, every TV station on the planet will have footage. Don’t be so damn silly.

But what about this Google maps image showing the UFO landing site as a white hole? Speaking to VICE, Google explained that this is a “common phenomenon” in which the sun has reflected off a building to “briefly blind the satellite.” It’s sadly unlikely that the Google map would have been updated as of last Wednesday or Thursday. 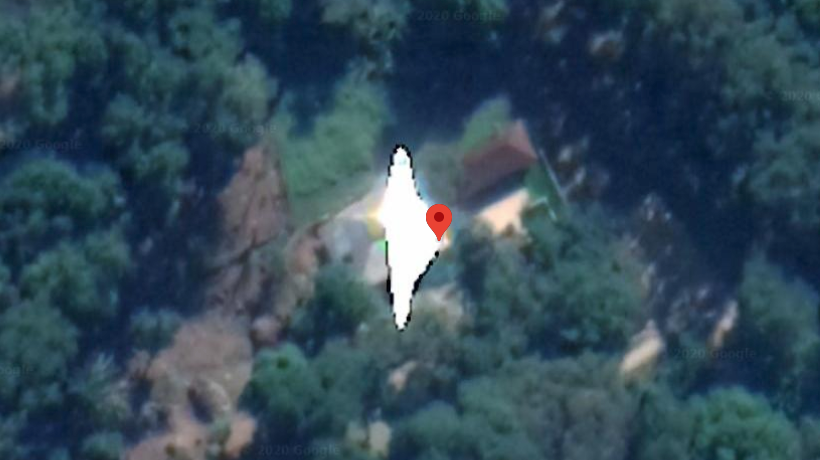 Still, it’s more fun to decide for yourself.

If it’s a hoax, the plan was well-laid.

Anyone know what this is over Lake Ontario tonight????? pic.twitter.com/NpUuy4fA12

European governments, traditionally siding against big tech, caved to Apple and Google’s terms for contact-tracing apps which will be released in major cities across Europe. Politico reports in-depth on how the companies flexed a “take-it-or-leave-it-approach,” developing their software that will affect how government-backed apps work without their advisement.

Governments wanted centralised data storage; the companies wanted the data to remain on citizens’ smartphones in order to safeguard from potential government spying. According to officials who spoke with Politico, Germany moved to Apple and Google’s approach, and various countries followed, “realising it would be better to partner with the tech giants, and the Germans, if these coronavirus apps were to take off across the EU.” France and the UK have reportedly chosen to stick to centralised data collection, but their apps may not work properly on smartphones, and the UK has created a contingency plan to switch to Apple and Google’s system.

Keeping data out of governments’ hands is probably a good thing. But ironically, Apple and Google’s privacy advocacy reinforces their overwhelming power to decide what happens with our data.

Circling back: seriously, are they real? “It’s just always funny to me that sometimes people are like ‘not aliens, maybe just someone testing a new aircraft,’ as if that fucking blue flying saucer being man made wouldn’t still be a wild thing that happened,” news editor Rhett Jones observed.

Why would we be convinced that they’re not?

Like a patient and sensitive teacher at a well-funded school, Canada has put out 5G conspiracy FAQs with visual aids, explaining why the radiofrequency energy it produces does not spread covid-19. Scroll down to the bottom after a very detailed report, and you’ll find this note:

Misinformation and opinions on the health risks from exposure to radiofrequency electromagnetic fields are increasing on social media and on the Internet. There have been claims linking the deployment of 5G networks to the novel coronavirus (COVID-19) and to increased risks of cancer. Health Canada confirms that there is no scientific basis for these claims.

Should covid-19 tests be routed through a high-end prescription delivery website at a $150 cost to consumers? Hims, a US-based site for prescription erectile dysfunction and hair loss elixirs, has obtained at-home test kits to diagnose people currently infected with covid-19. Results take three to five days after the sample arrives at the lab, so users have to wait more than six days, plus they’re only available to people showing symptoms.

In an interview broadcast last Thursday, US President Donald Trump told Fox Business Network that he is upset that the Chinese government undercut his trade deal by somehow causing the coronavirus, which has really fucked him over personally.

“I just – right now I don’t want to speak to him,” he added, of President Xi Jinping.

He said that cutting ties with China could save the US $500 billion (£409 billion) – a claim that’s built on a fundamental misunderstanding of how America's trade partnership with China works.

Bartiromo said there’s evidence that covid-19 came from a lab – scientists say there is “zero evidence” for that claim.

So politicians campaigning for office can keep lying on Facebook, but their critics, even political groups, can not. According to Wired, Facebook decided to suppress a well-circulated anti-Trump ad and label it “partly false information” because its sponsor, the Republican political action group the Lincoln Project, wasn’t directly advertising for a political campaign.

The ad makes verified claims about US unemployment rates, but Wired reports that Politifact gave the ad a “partly false” rating, due to the assertion that “Trump bailed out Wall Street, but not Main Street,” reasoning that the CARES Act has helped the working class.

The ad got some free exposure from Trump, though.

The Hialeah Park Casino in the US state of Florida confirmed to Gizmodo that it’s internally testing sneeze guards around its poker tables before they reopen. The future is in plastics.

The Internet Archive, and the world, has lost hundreds of hours of MTV recordings from ‘80s thanks to an unnamed someone with a credible copyright claim.

So, The Internet Archive had someone upload a few hundred hours of MTV recordings. VJs, Commercials, and of course Music Videos, from the 1980s. Today, it was asked to be taken down by someone who could ask for that and it's down. pic.twitter.com/tZ7Ka2sGMy

TechDirt argues that the takedown goes against MTV’s founding spirit as a cultural platform and today’s extended copyright lifetime seems unreasonable. “Right now, MTV is not particularly culturally relevant,” they write. “You’d think that someone might jump at the chance to get renewed interest in MTV’s past cultural relevance, but the belief that copyright means we must lock up culture seems to prevail over common sense.” Even their logo relied on public domain government videos, internet liberty activist Parker Higgins pointed out.

The official DEVO shop made DEVO dome-themed PPE, including but not limited to DEVO domes with face shields attached.

The accompanying copy for Devo’s cotton face masks is really something, though:

COVID! SHE’S 19 AND SHE’S REALLY MEAN. DELIVERS PAIN. REMAINS UNSEEN. And as far as the doctors tell us she’s here for the foreseeable future. So, we can bet masks will be mandated for certain social interactions as the lockdown loosens and people venture out.

So far, so good with the pitch. But wait – let’s not forget that last week was the 40th anniversary of DEVO’s album “Freedom of Choice”:

With Covid 19 stalking us its easy to forget that this is 2020 and the 40th anniversary of Devo’s Freedom of Choice. What more cogent way to use that freedom of choice than to choose which of these two classic devo graphics you want printed on your 3-ply, cotton, washeable [sic] Devo Coronavirus mask?

Whatever it takes to get people to wear PPE.