No, the OnePlus 8 Pro Does Not Have X-Ray Vision

But is that true, does the OnePlus 8 Pro actually have X-ray vision? Well, not really. The source of all this commotion is the colour filter camera on the OnePlus 8 Pro (the standard OP8 doesn’t have the feature), which is a separate 5-MP sensor that typically works alongside the phone’s primary 48-MP sensor to add fun effects to your pics.

One of the best examples #OnePlus8Pro Color Filter Camera can see through some plastic pic.twitter.com/UkaxdyV6yP

However, thanks to one of the phone’s colour filters that helps cut down on infrared light – the Photochrom filter – in somewhat specific circumstances, the phone can also let you see certain details that might otherwise be hidden. 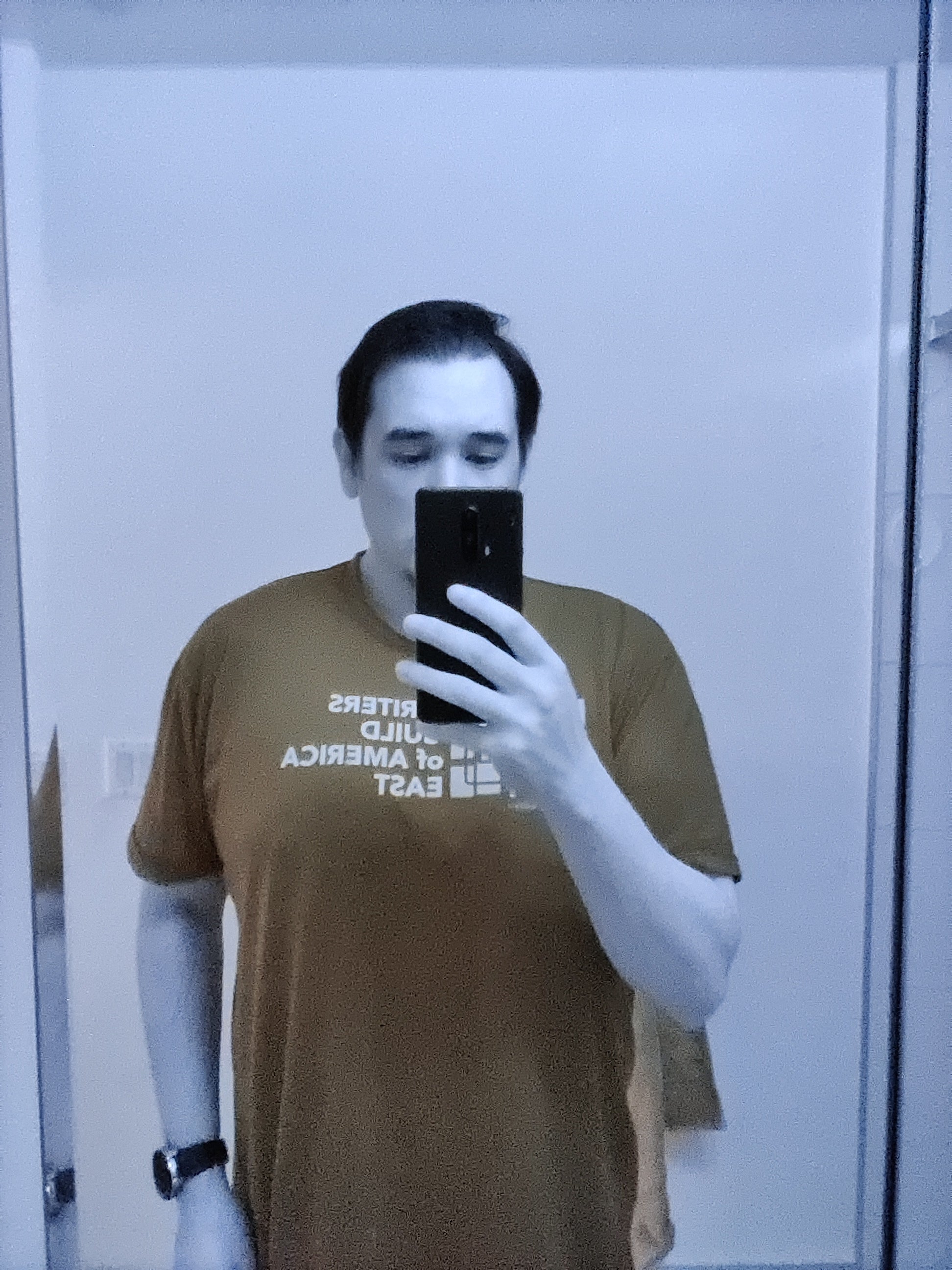 Forgive my dishevelled appearance, I haven’t gone outside in 1000 years. (Photo: Sam Rutherford/Gizmodo)

The best example of this is when you take pictures of electronics made out of thin or tinted plastic (and without IR shielding), which may allow you to look through its case or housing to see the electrical components inside. One of the most popular devices to be affected by this is the Apple TV and when photographed using the OP8 Pro’s Photochrom filter, you can see much of the device’s internals.

However, this isn’t true of most gadgets. After grabbing a OP8 Pro, I went around my home looking for devices I could exploit with this so called X-ray vision, and didn’t end up finding much. I tried multiple phones, computer mice, laptops, and game controllers without much success (aside from the tiny IR window on a Nintendo Switch controller).

The only thing that really worked was the remote for my old Sony TV, which let me see through its removable back and verify that yes, there are batteries in there and what looks like a serial number of some sort. But then, when I did the same thing to my Nvidia Shield TV remote, nothing. So while the OP8 Pro’s Photochrom filter allows you to see inside a handful of gadgets, I definitely wouldn’t call it X-Ray vision.

This is a best case scenario, and even then, the OP8 Pro’s Photochrom filter still doesn’t reveal that much.

In this comparison, you can see how the Photochrom filter lets you see through the tinted plastic covering my soundbar remote’s IR blaster. (Photo: Sam Rutherford/Gizmodo)

Here’s a white shirt draped over a candle. There’s really not that much difference between the OP8 Pro’s normal camera and its colour filter camera. (Photo: Sam Rutherford/Gizmodo)

The other and potentially more concerning claim about that OP8 Pro’s Photochrom filter is that it allows you to see through clothes. But don’t worry because that’s not really true either. Because of the way the IR processing happens in the Photochrom filter works, if you are wearing really, really thin clothing, there’s a chance someone might be able to see a few more details than normal like a bra strap or necklace. But in normal circumstances, no one’s going to be seeing any nipples.

To test this, I took a mirror selfie of myself while wearing a t-shirt, and nope, no nipples. Okay, but maybe that’s some heavyweight cotton. So next I got out a black and white undershirts and wrapped around a candle similar to what Unbox Therapy did, and while the Photochrom filter barely lets you see more of the candle label hidden behind the shirt, there’s not that much difference from how it looks when photographed with the OP8 Pro’s main cam.

For one final test, I dressed up a Baby Yoda plush in one of my wife’s stretchy Spandex/Lycra workout shirts and you know what, still no nipples. Or in Baby’s Yoda’s case, there we no signs of the robes it’s wearing underneath. 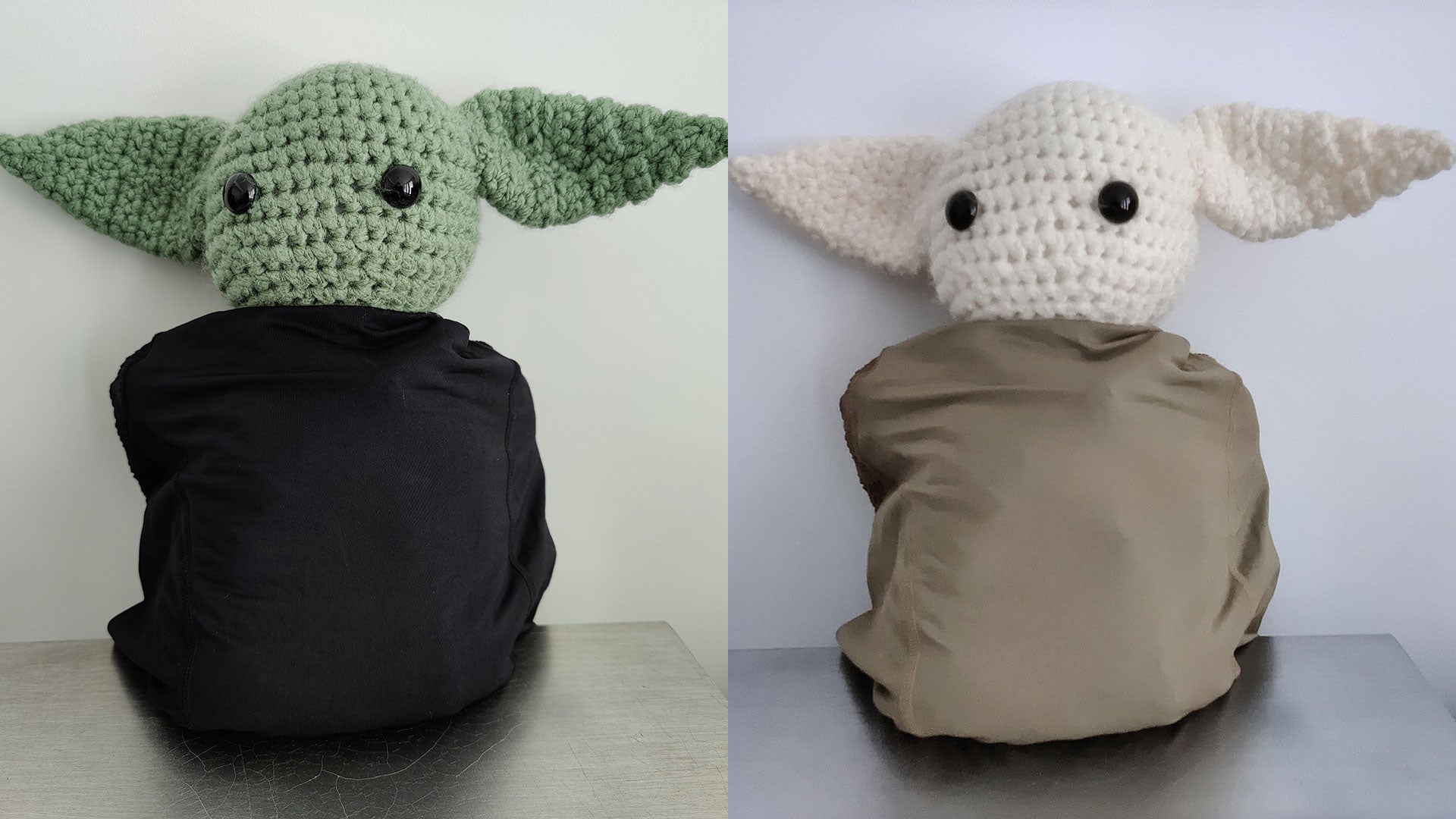 Look what you made me do to Baby Yoda. No X-ray vision here. (Photo: Sam Rutherford/Gizmodo)

So while the OP8 Pro might be able to see inside a handful of gadgets, outside a handful of niche situations, it doesn’t have anything close to X-Ray vision. And for anyone who’s ever visited TMZ, it probably won’t come as a surprise that bright lights and funky camera filters can sometimes make an outfit look a lot more see-through than people might have originally envisioned.