The New 13-Inch MacBook Pro's Keyboard Really Is That Good

I sit here typing on Apple’s new 13-inch MacBook Pro, which is somehow both an incremental and radical upgrade over the 13-inch MacBook Pros of recent years. The Pro I bought in 2017 sits to my left, and while the two look similar, the experience of using them is completely different. My 3-year-old laptop sports the controversial butterfly keyboard, which Apple is phasing out of its product lineup, but I still have to pound away at it every day. After using the new Pro with its scissor-switch keyboard, my old Pro actually makes me angry.

The long-maligned butterfly keyboard didn’t bother me that much – or at least, I didn’t think about it that often – until my old Pro’s left shift key just stopped functioning. There are two shift keys, of course, but unfortunately, the left is my favourite! The global pandemic means I can’t just waltz into an Apple store and get it repaired, so I’ve been stuck using the godforsaken right shift key for months.

The new keyboard is the keyboard we always deserved, and I’m not sure Apple gets any points for finally changing it. But this year’s 13-inch MacBook Pro is damn good. If you’re in the market for a new MacBook and you need the power of the Pro (and you’re comfortable paying through the nose for an Apple device), then this is the one to buy.

What is it?: Apple's refreshed 13-inch laptop with good new keyboard

Don't Like: You need to splurge on the pricier Pro to get the latest CPU.

The new keyboard is a big deal. The redesigned scissor-switch mechanism depresses a full 1mm, up from the butterfly keyboards’ minuscule 0.6mm travel. The difference is noticeable. I want a keyboard that doesn’t become unusable just because I get some crumbs on it (I know myself, it’s just unavoidable).

Otherwise, the aluminium clamshell is the same as always. Apple isn’t pushing any design boundaries with laptops anymore (that’s something Dell and HP are more interested in), and maybe that’s fine. My colleagues might want a bizarrely placed camera to get thinner bezels or a slimmer profile. I don’t, and this gets the job done. 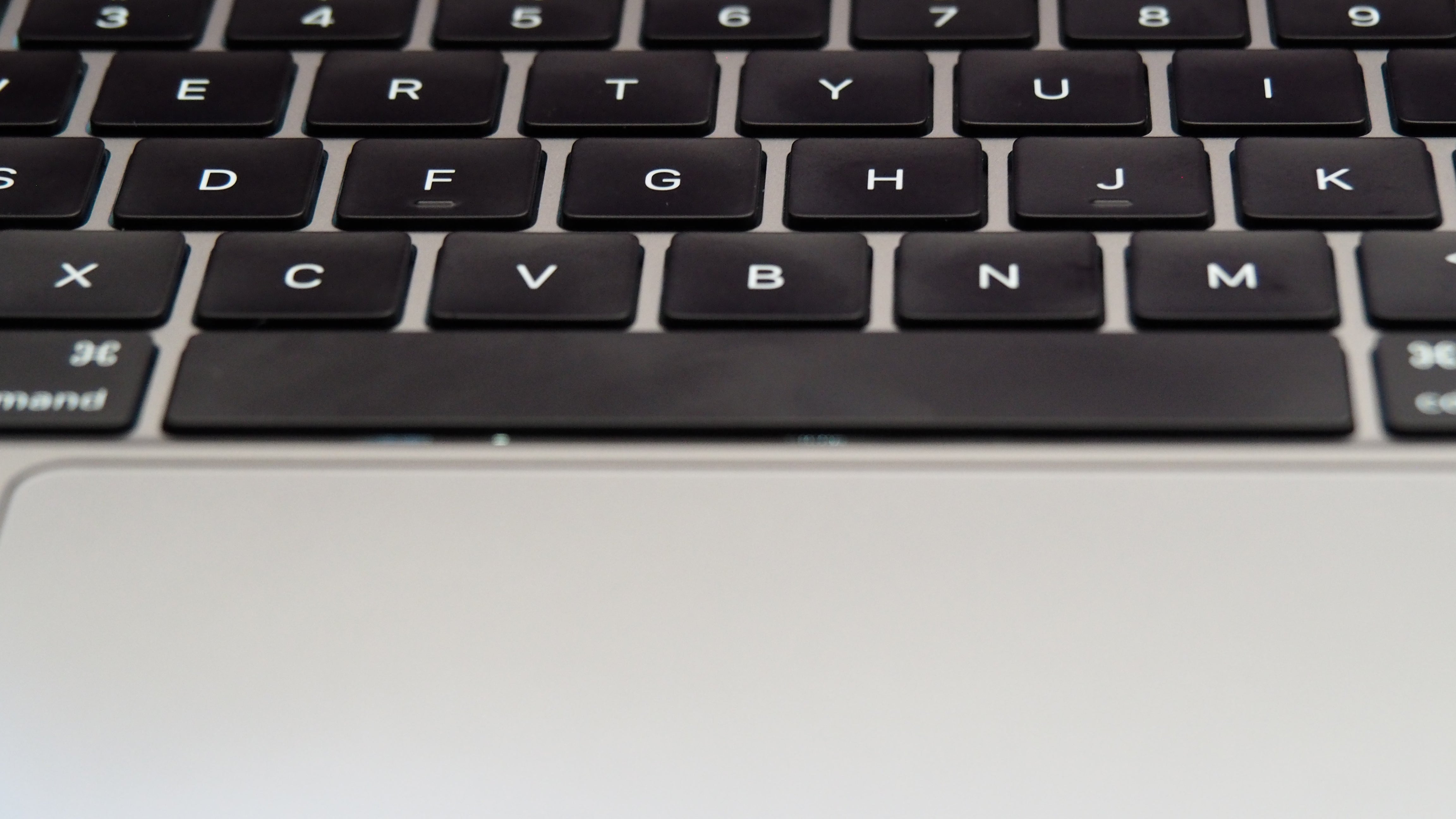 Apple also beefed up the Pro’s specs in the 2020 model – at least if you spend a little. The new 13-inch MacBook Pro starts at £1,300, but you’ll settle for slower performance if you decide not to splurge. The £1,800 version I tested comes with Intel’s 10th-gen i5 Ice Lake CPU with 4 cores and 8 threads, 512GB of storage, 16GB of RAM, and four USB-C ports that support Thunderbolt 3 (you’ll get two ports, less RAM, and less storage space if you go with the base model). If you need a heavier lift, Apple is now offering a 13-inch model with 32GB of memory, and there’s an option for the i7 GPU as well. For the most powerful performance, the 16-inch MacBook Pro’s i9 CPU with 8 cores and 16 threads offers a bigger boost – but for a lot more money.

Two more USB-C (Thunderbolt 3) ports are on the left, so you’ll have plenty of space for dongles. (Photo: Caitlin McGarry/Gizmodo)

The Pro’s touch bar sets it apart from the MacBook Air, but I can take it or leave it. (Photo: Caitlin McGarry/Gizmodo)

I do love Touch ID, though, which my 3-year-old 13-inch MacBook Pro doesn’t have. (Photo: Caitlin McGarry/Gizmodo)

When you stack up the new Pro to comparably sized Windows machines like Dell’s new XPS 13 (which starts at £1,350) and the 13-inch Razer Blade Stealth (starts at £1,030), Apple’s new laptop handles its own. In both real-world and synthetic benchmarking tests, including Handbrake for video editing, Blender for 3D image rendering, and Geekbench 4 for overall system performance, the 13-inch MacBook Pro was either on par with or bested Dell and Razer’s newest laptops (or at least the similarly priced review units we tested). The Pro outperformed the £1,650 2020 XPS 13 with Intel’s Core i7-1065G7 CPU, 16GB of RAM, and 512GB m.2 NVMeSSD and the £1,800 Razer Blade Stealth, which also sports Intel’s Core i7 CPU, in the Blender and Handbrake tests.

But, let’s be real. Potential MacBook Pro buyers are not eyeing the Razer Blade Stealth, a portable gaming laptop, or a Dell laptop. They want macOS, and they’re trying to decide between the 13-inch and 16-inch MacBook Pros, or maybe the more affordable (but less powerful) MacBook Air, which starts at £1,000 and also has the good new keyboard and a 10th-gen Intel processor. Though the Air uses the less powerful Y-series CPUs while the Pro relies on the U-series. The Air also lacks the Pro’s touch bar, but that’s a take-it-or-leave-it feature for me. I haven’t found a killer use case for it, though it is useful in some apps like Pixelmator. (Touch ID is now non-negotiable though – unlocking the new MacBook Pro with it happens instantaneously.) 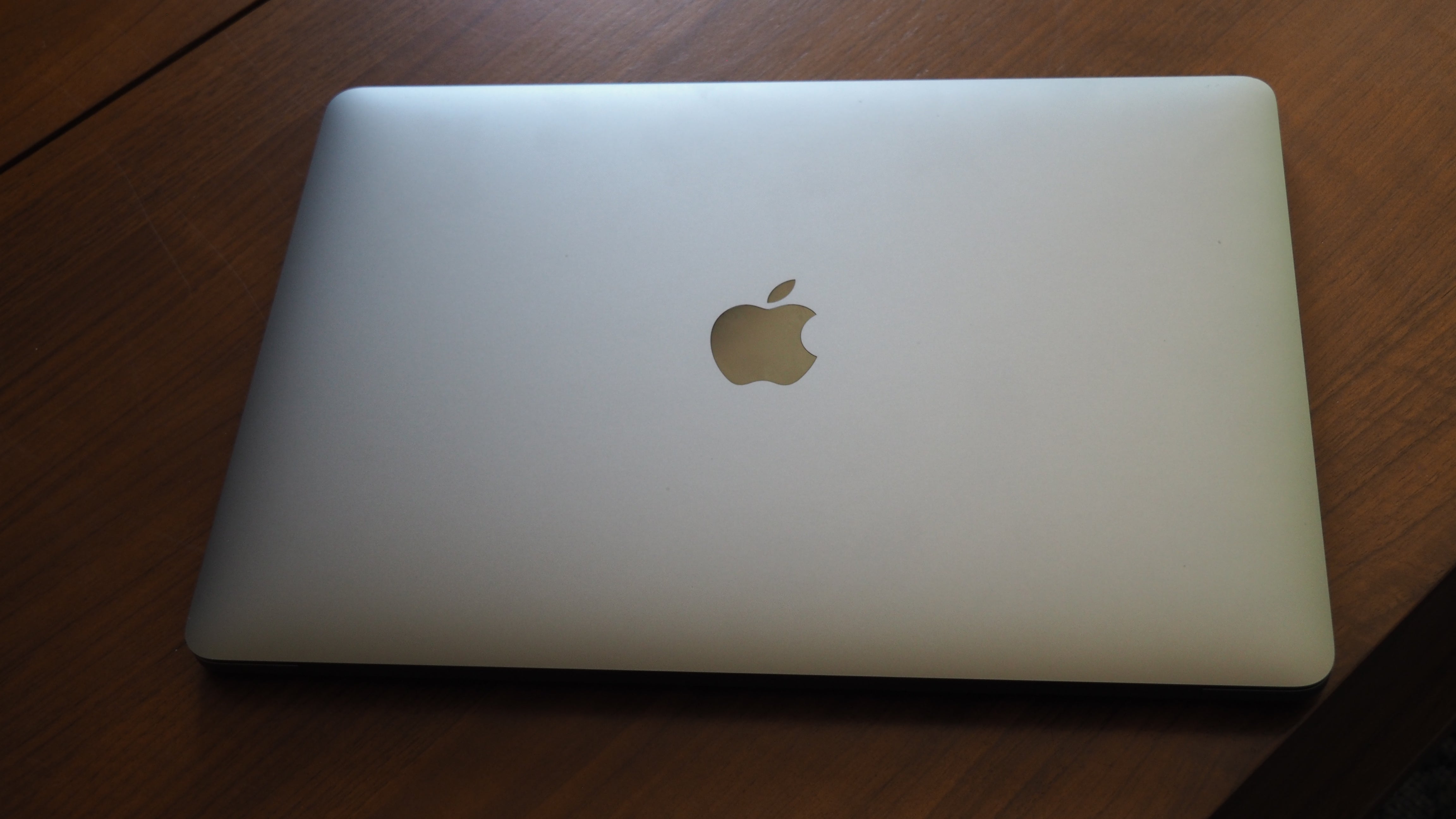 The MacBook Pro looks the same as it always has, but that’s not necessarily a bad thing. (Photo: Caitlin McGarry/Gizmodo)

The Pro’s battery life is decent – it lasted 8 hours and 10 minutes on our video rundown test, which is average (though the new XPS 13 lasted close to 10 hours, if battery life is your top priority).

If you bought a MacBook Pro in recent years, the new 13-inch Pro will upset you because you’ll probably want to buy it. And you probably should...when your old MacBook keyboard eventually gives out. Multiple Gizmodo staffers immediately bought this laptop when it went on sale, before I even had the chance to review it, and for good reason. For most people is the MacBook you’ll want for getting work done.