The wreck of the USS Nevada has been located 75 miles off the coast of Hawaii at a depth of nearly three miles. It’s a significant discovery, as the battleship represents one of the most storied vessels in US history, having survived Pearl Harbor, a kamikaze suicide attack, and atomic bomb tests at Bikini Atoll.

The submerged and deteriorating 27,500-tonne battleship was discovered by Ocean Infinity and SEARCH Inc., using a fleet of autonomous underwater vehicles, according to a press release issued Monday. The two private US firms joined forces for the expedition aboard the multi-purpose vessel Pacific Constructor.

Search crews had a rough idea of where the USS Nevada was located, as it was deliberately sunk by the US Navy in 1948, but the vessel’s precise resting place was unknown, according to USNI News. The wreck was found 120 kilometres (75 miles) southwest of Pearl Harbor at a depth of 4,690 metres (15,400 feet). 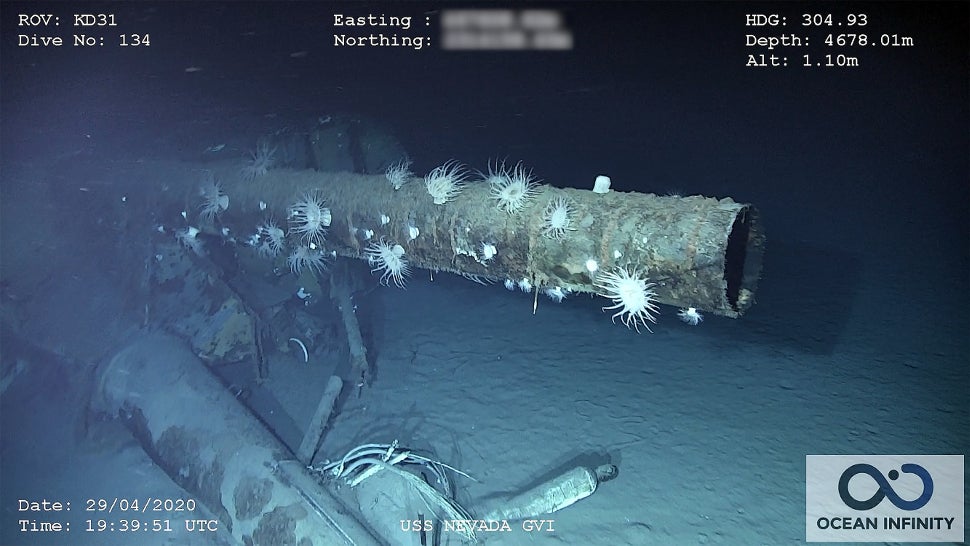 Photographs of the wrecked USS Nevada show one of its 32 dual mount anti-aircraft guns, a toppled foremast, the stern hull still displaying its number, and an old tank, among other features.

The USS Nevada is among the US Navy’s most storied battleships, having survived both world wars and blasts from atomic bombs.

“Nevada is an iconic ship that speaks to American resilience and stubbornness. Rising from its watery grave after being sunk at Pearl Harbor, it survived torpedoes, bombs, shells and two atomic blasts,” said James Delgado, SEARCH’s senior vice president and lead maritime archaeologist for the search mission, in the press release. “The physical reality of the ship, resting in the darkness of the great museum of the sea, reminds us not only of past events, but of those who took up the challenge of defending the United States in two global wars. This is why we do ocean exploration – to seek out those powerful connections to the past.” 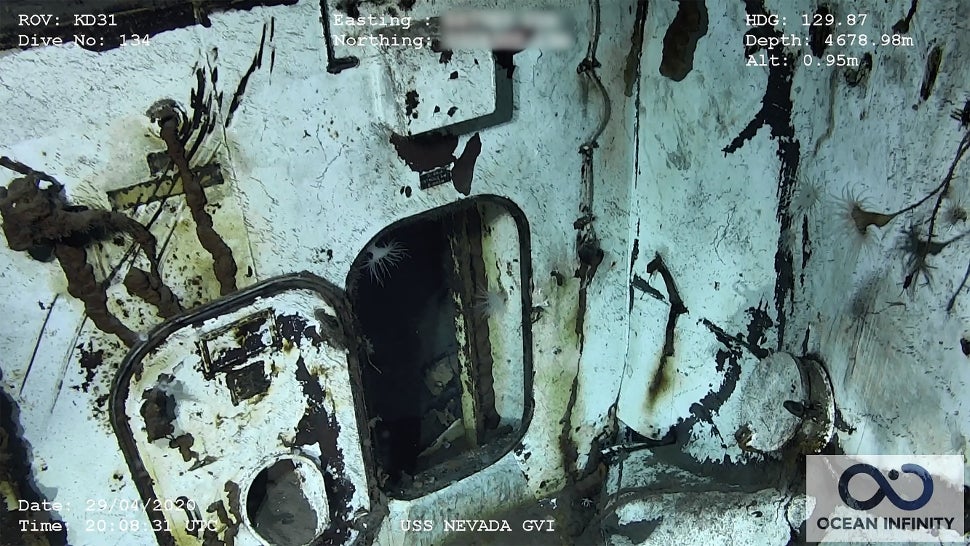 Compartment for one of the ship’s 5-inch/38 calibre guns. (Image: Ocean Infinity/SEARCH, Inc.)

The story of the USS Nevada is a veritable history lesson of America’s maritime involvement in the two World Wars.

Commissioned in March 1916, the ship was the first of two 27,500-tonne battleships deployed during the First World War, according to US Naval History and Heritage Command (NHHC). Like its sister ship, the USS Oklahoma, the vessel escorted convoys en route to the British Isles. After the war, Nevada escorted the ocean liner George Washington while it delivered President Woodrow Wilson to the 1919 Paris Peace Conference. The ship underwent a series of upgrades from 1927 to 1930.

During the attack on Pearl Harbor on 7 December 1941, Nevada actually managed to set sail but was struck by several bombs, which killed 60 sailors and wounded 109. 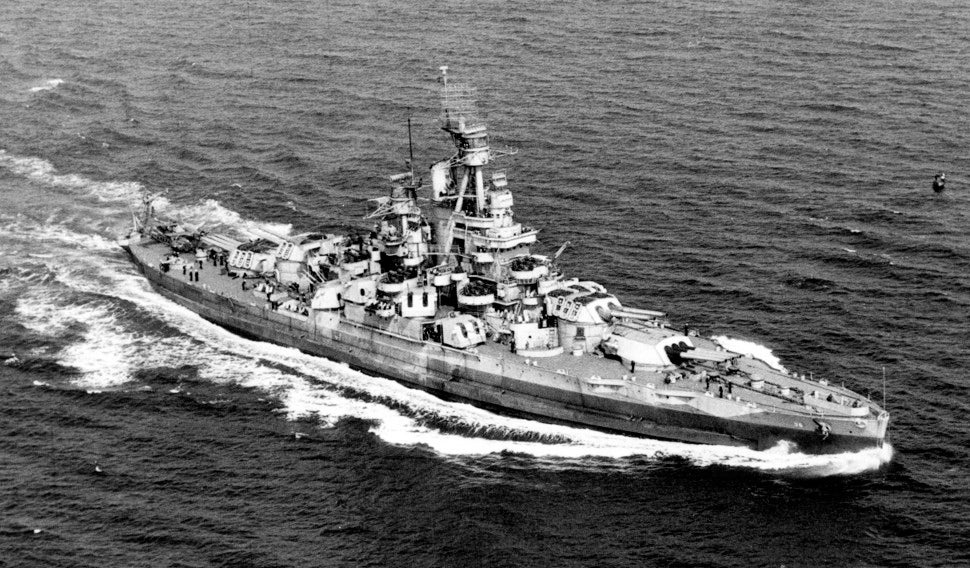 The USS Nevada as it appeared in 1944. (Image: Official US Navy Photograph, Naval History and Heritage Command)

“During the attack, the ship and crew sustained at least six and possibly as many as 10 bomb hits and one torpedo hit, but remained in the fight,” explained retired Rear Admiral Samuel Cox, director of the NHHC, in the Sextant, a publication of the NHHC. “With our sailors’ quick thinking, the crew grounded the ship, preventing her from sinking.”

In addition to the repairs, Nevada was also equipped with enhanced weaponry, including the addition of 40mm Bofors anti-aircraft guns. In June 1944, the battleship was at the D-Day landings in Normandy, where it fired shells from its 14-inch and 5-inch guns. After operations in southern France in August and September, Nevada participated in the 1945 invasions of Iwo Jima and Okinawa, during which time the battleship was damaged by a kamikaze suicide plane and an artillery shell, according to NHHC. By the end of World War II, Nevada had earned seven battle stars.

Heavily battered and no longer useful for combat, the ship was exposed to the blasts of two atomic bombs in tests conducted at the Marshall Islands in 1946. Remarkably, the ship did not sink, nor was it sunk when used for target practice in 1948. The USS Nevada, radioactive and badly damaged, was finally towed out to sea and deliberately sunk with gunfire and an aerial torpedo in 1948.

As a warship, Nevada will now be protected under America's Sunken Military Craft Act (SMCA), which was enacted in 2004.