In the past week alone, Xinrong Ren has taken four flights. He’s not actually headed anywhere, though. Ren is a senior research scientist at the University of Maryland’s Department of Atmospheric and Oceanic Sciences. He’s been taking to the skies since February as part of a federal research project with the US National Oceanic and Atmospheric Administration to measure how much air pollution has declined in the northeastern United States amid the coronavirus pandemic.

The findings could help improve the performance of models predicting future air quality and greenhouse gas emissions. It’s essential work to understand what necessary steps the US must eventually take to address the climate crisis.

“This pandemic provides a unique, unprecedented opportunity for the scientific community,” Ren told Gizmodo. “This is a great opportunity to study how our activity changes reduce emissions.”

Satellite data has shown that air pollution in this part of the US are declining. In the northeastern part of the country, nitrogen dioxide was 30 per cent lower in March 2020 compared to March last year. The flights provide a more intimate look at pollution and take this even further by analysing other pollutants, such as ozone and carbon monoxide, as well as greenhouse gases like carbon dioxide and methane. 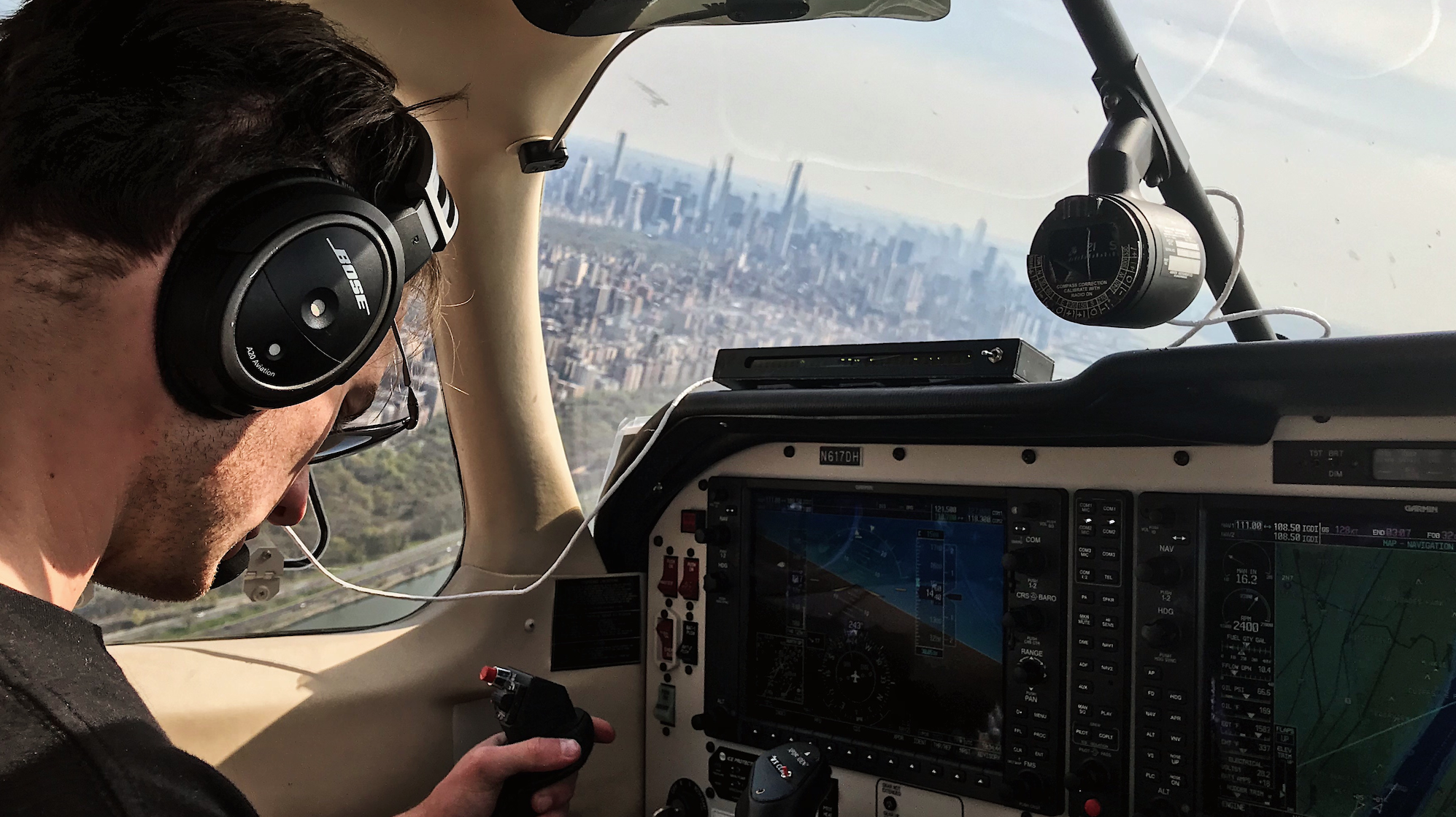 The research involves gathering data on specific air pollutants and comparing it to wind patterns to find out what pollution is coming in and out of urban areas – and from where. Depending on the ratio of pollutants, scientists can often determine if the source is a power plant or a vehicle, for example. This helps paint a clearer picture of what’s happening on the ground.

All of the flights Ren is on take off out of Maryland. Before taking to the skies, the researchers take up to three hours on the ground to set up the equipment for what is, at most, a four-hour flight. Normally around 10 people can fit on the Cessna. But Ren’s mission requires about 500 pounds of equipment to gather data. Once it’s loaded into the plane, that leaves room for only Ren, the pilot, and the occasional student training on how to use the tools of the trade.

Calibrating the instruments on the ground allows Ren to help guide where the flight goes. He sometimes uses real-time data coming through these machines to help advise the pilot on where they should fly. The changes in air quality aren’t visible from the plane, but the instruments have him covered. The course of their flight is set in advance, but if Ren sees pollution levels spike on the screen, he may have the pilot re-route the aircraft to assess the source. Once they’re back on the ground, Ren can get a full sense of what was captured during his time in the air.

Sometimes, though, instruments fail mid-flight. Usually, they can be fixed quite easily during the trip, but other times the team doesn’t catch the problem until once the flight is done. That always sucks, but the successes and science make it worth it, even when Ren has to deal with a little airsickness. 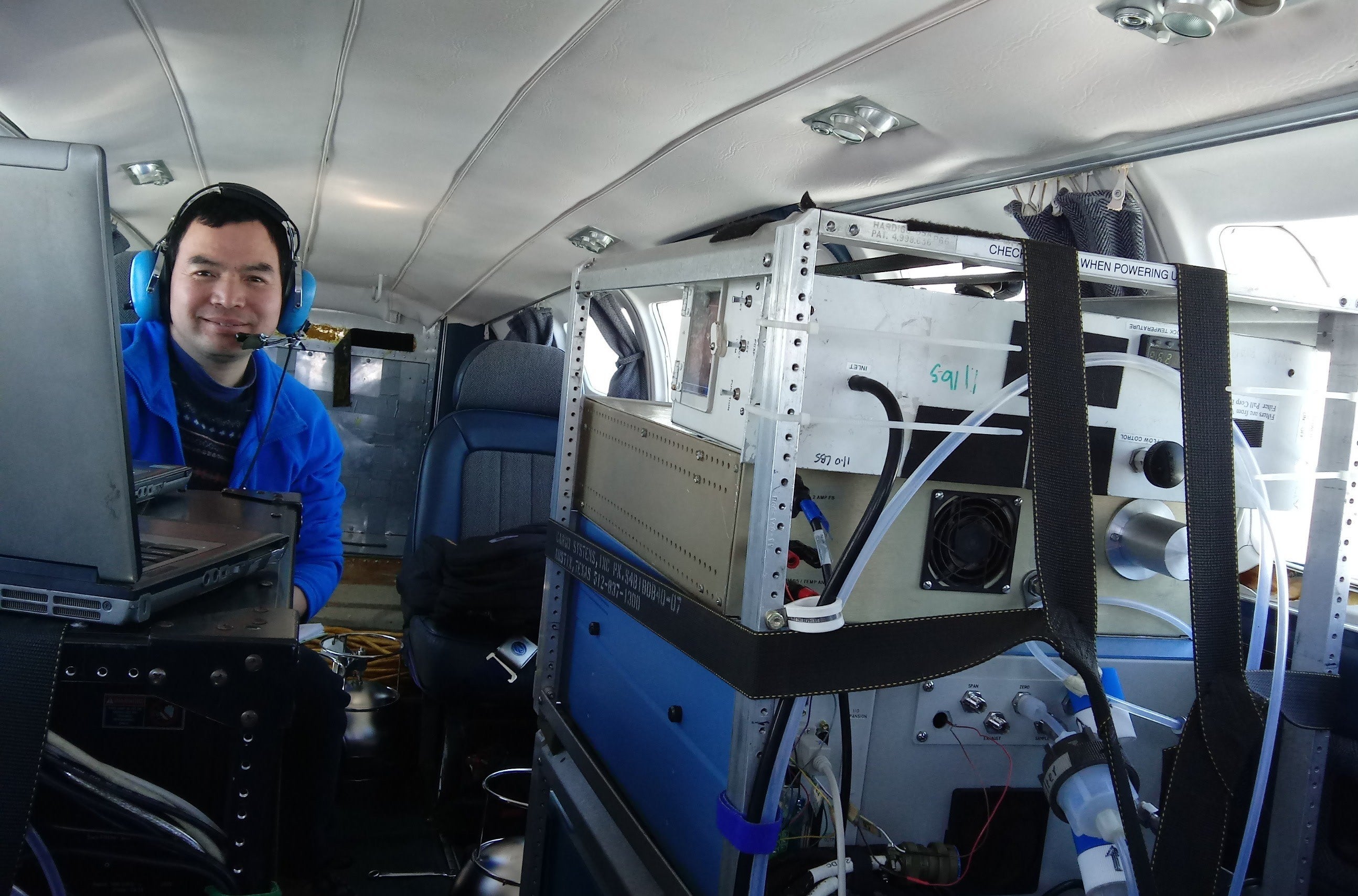 Ren has flown these research flights with NOAA since 2018, but they’ve taken on a new urgency during the pandemic. Air pollution data is always valuable, but scientists are unlikely to see such sharp, immediate reductions in pollution like this again. Ren has been taking more flights recently because some US states are already taking misguided steps to reopen their economies. That means the window to gather this data is shrinking. Though preliminary for now, the data is telling.

“Most people are staying home,” Ren said. “There’s not as much traffic as before the crisis, so we do see reductions of air pollutants and greenhouse gases.”

These changes in air quality won’t last for long, but the data will. These numbers and measurements are likely to be used for years to come as scientific teams assess how to tweak climate models to provide a clearer picture of the impact vehicles and power plants can have on carbon pollution.