You Do Not Need a Projector

In the before times, one question would invariably arise in the office kitchen as my coworkers poured kombucha into a coffee mug while eyeing my undiluted cold brew: “What projector should I get?” Now, amidst the global pandemic, it comes via text, DM, and Slack message, with more urgency. My answer to these colleagues of mine (and friends and family members, too) has been and always will be the same: “Do not buy a projector.”

Let me say that again, but with considerably more punctuation so you know I’m serious:

The reason for wanting a projector is always the same. The person seeking advice lives in a smaller home or flat, in which space is at a premium. They don’t want the eyesore of a big black box on a credenza or mounted to the wall. They want something nimble, sleek, and quiet.

But this reasoning is wrong and built on a bed of lies and misunderstandings.

One big reason people seem to find projectors appealing is that you don’t need a screen – in theory. You can just point the projector at a big blank wall and enjoy a 100-inch picture every bit as good as what I get on my 65-inch OLED. 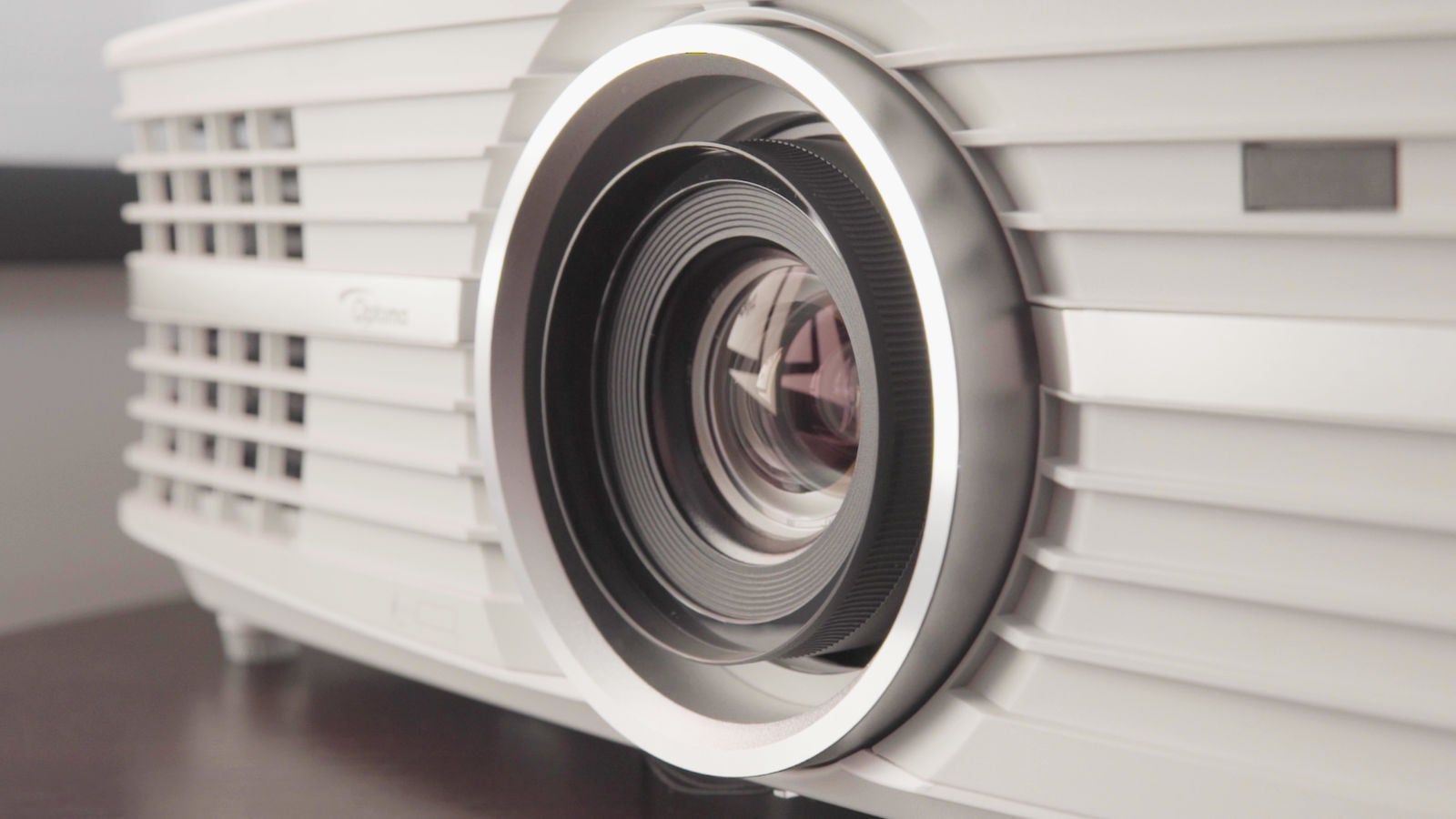 A projector is a light source shining through a filter and a lens which is then thrown across a space onto a surface which reflects back onto your eyeballs. That reflection is crucial. Bouncing the light from the projector to a surface and then back onto your eyes scatters a lot of the light. Any extra light, say, from the sun, a lamp, or even a phone, scatters the light further. So your reflective surface has to be as efficient as possible and reduce the scatter of light. Most walls, about 99 per cent of them, simply aren’t reflective enough. They have nooks and crannies that hold onto light instead of reflecting it back. That’s why casting a projector’s image onto a bare wall leads to a blurry and faded picture.

You need a screen to properly reflect the light back into your eyeballs, and there are different kinds of screens built for different environments. If your projector is in a bright, sun-dappled room, you’ll need a much more reflective screen than if the projector is in a basement devoid of all light. The cheapest screens – the ones that are barely a step above your wall – start at around £65. A good screen will cost around the same as a nice TV. And that’s before you get into the cost of the projector itself.

Myth #2: The Projector Will Save Space

Many people assume that a projector is a sort of like a fold-out sofa bed: It takes up space when fully set up with a screen, but can be tucked away when not in use. I assume that misconception comes from using projectors or overhead projectors in school, when a teacher would wheel out a little cart and pull down a little screen, and then put it all in a closet when not in use.

But if you’re looking to save space, wheeling around a projector on a cart doesn’t really do the trick for your home. Personally, I’d rather save precious closet space for shoes and boxes of gadgets I’ve accumulated over the years.

An alternative approach is to just place the projector on a shelf, which honestly seems like it would be just as much of an eyesore as a big TV is. If your projector is also attached to devices like a set-top box, game console, or Blu-Ray player, forget it: That’s a whole lot of gadgets and a lot of cords to have on shelves!

Another option is to mount the projector to your ceiling. This is ideal, and often the way projectors are set up by professional installers. But professional installation costs thousands of pounds. If you’re trying to save money (assuming you are, because you’re trying to project an image onto a wall instead of buy a TV), you will instead have to mount it alone. The end result will be cords that dangle down from your ceiling like the tentacles of a cyber squid, or they will have to be managed by bolting them to the ceiling and wall.

If you’re a renter, that seems like a bad plan if you want your security deposit back. And even if you own...that’s just a lot of work.

A TV, alternatively, can be set on a credenza and its many cords tucked inside in a matter of minutes.

Myth #3: The Projector Will Produce a Better Picture

Projectors can produce an incredible picture. I’ve seen some truly wonderful images displayed on high-end projectors, and there’s a reason they, and not OLED TVs, are the displays of choice for rich people building home cinemas.

The problem is those projectors are prohibitively expensive. An absolutely decent one is over £2,000, and then it requires another several hundred quid for proper installation and calibration. That cost doesn’t include an audio solution (which is necessary with projectors) or a screen. A solid TV can be had for as little as £300 to £500 (depending on the time of year), and a really good TV starts at around £1,300.

The reason why a good projector costs so much goes back to how a projector handles light compared to a TV. TVs typically use lots of tiny LEDs to produce the light, giving the TV pretty excellent control of the brightest and darkest points in the picture displayed.

A projector typically uses a giant lamp to produce the light, which means less control. That changes when you increase the budget and move to laser projectors, which have as fine, and usually finer, light control than a TV. Which brings us to...

Myth #4: A Projector Is Cheaper

As we have discussed when dealing with myths 1 through 3, a TV is always going to be cheaper and provide a better picture for the price than a projector. Projectors may create a great picture, but it requires spending a lot of money.

Myth #5: I, Catie Keck, Reporter at Gizmodo, Insist That a Projector Is Better, and You, Alex Cranz, Are Wrong

Honestly, the inception of this post came from Catie erroneously boasting that the projector she got from an old flatmate is better than the TV I spent money on.

I don’t want to knock free stuff because when it’s free its always, infinitely better. But consider if your projector was not free, Catie? Consider if you’d actually spent money on it. Would the fans impersonating a jet engine as they try to cool the giant lamp be sonorous to your ears? Would you genuinely like having to keep a hundred inches of wall bare so you have a place to point it? Would you really love having to turn you home into a dank cave every time you wanted to watch The Suite Life of Zack and Cody? Does loosing an entire shelf to a projector and its accoutrements really fill you with joy Catie? Genuinely? Like in your soul?