YouTube Music was supposed to be the successor to Google Play Music, when it launched in 2018, but it lacked a number of core features, including the ability to transfer your music library over from Google’s previous music streaming app. Now, ahead of Google Play Music’s impending death sometime later this year, Google has finally created a transfer tool to help Google Play Music users import their songs into YouTube Music.

The benefit of uploading your songs (or podcasts) to YouTube Music is that it allows users to stream music they’ve bought or acquired throughout the years over the internet in case your device doesn’t have enough local storage to hold all your tunes. Previously, YouTube Music had a system for uploading new music to Google’s servers, but not for transferring songs over from Google Play Music. With uploaded libraries on Google Play Music having a limit of 50,000 songs, doing it manually could be a very tedious or sometimes impossible process.

But with YouTube Music’s new transfer feature, moving songs over from Google Play Music is as simple as opening YouTube Music on a mobile device and hitting the new Transfer button at the bottom of the app. Additionally, Google says it will begin sending emails out to current Google Play Music users to alert them of the new process.

This is critical because, while Google hasn’t set a specific sunset date, in its blog post the company said that it wants to “provide plenty of notice ahead of users no longer having access to Google Play Music later this year.” That means anyone who relies on Google Play Music’s cloud storage needs to explore their alternatives before potentially losing access to their online library sometime before the end of 2020. 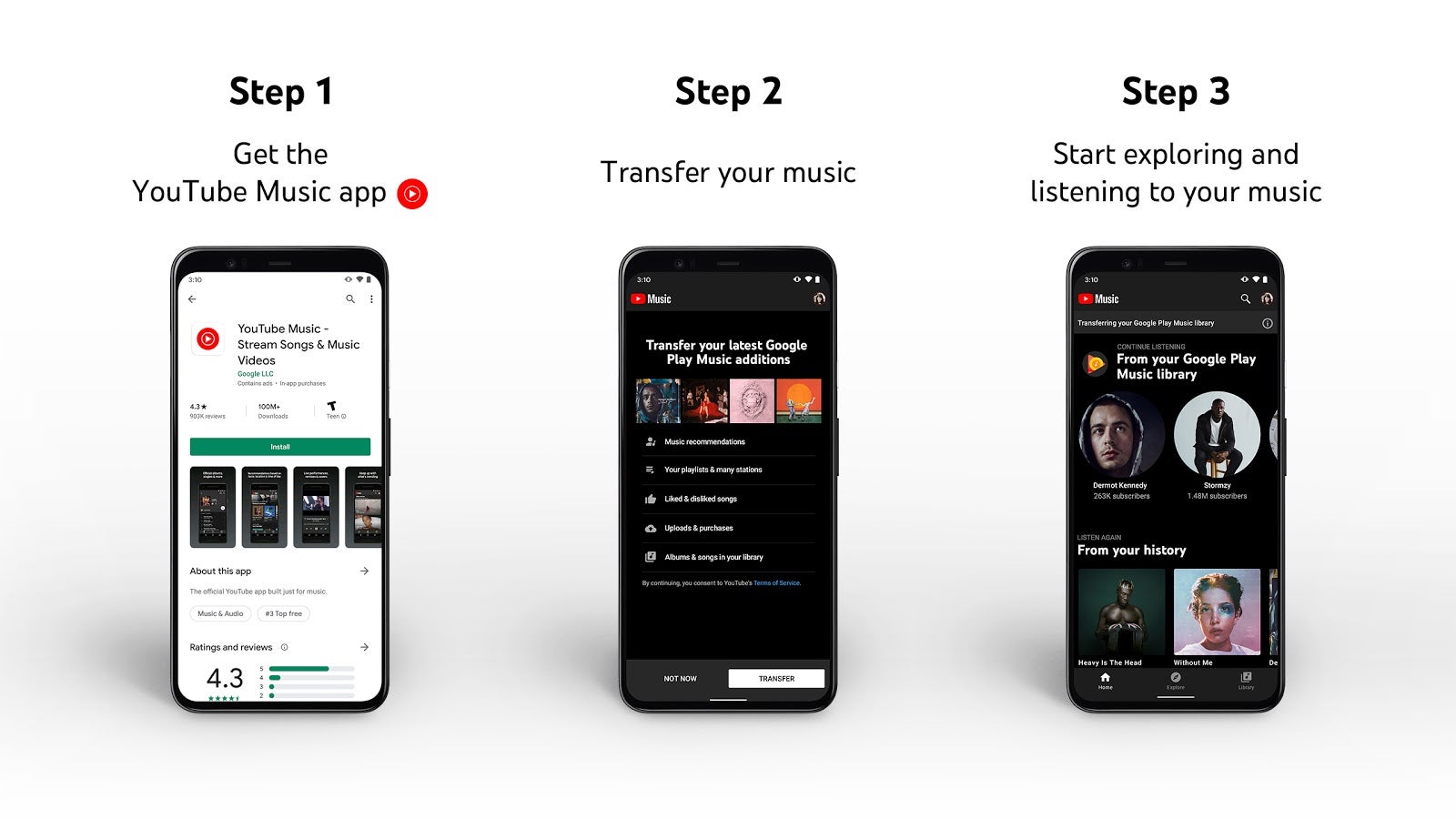 On the bright side, Google is also upgrading YouTube Music with a few new features, including a larger 100,000-track limit on personal uploads (up from 50,000 in Google Play Music), an Explore tab to help people find new releases, increased playlist size from 1,000 to 5,000 songs, support for lyrics, and more.

Pricing for YouTube Music will remain the same, with a free ad-supported version and an ad-free paid subscription of £12 a month. For paid Google Play Music users who have been getting access to both services, Google says their subscriptions will be automatically converted into an equivalent YouTube Music or YouTube Premium (which includes support for background listening and offline playback) for the same price.

So while YouTube Music might not be everyone’s ideal replacement for Google Play Music, it’s nice to see that at the very least it’s finally possible to easily transfer your library in the cloud from one service to another.

The update to YouTube Music will gradually roll out to users over the next few weeks, so if you haven’t received the new transfer feature yet, you may just have to sit tight until the update hits your device.