If you’ve finally splurged on a brand new Apple Watch (or been the lucky recipient of a very nice gift), you’re probably wondering: Now what? The Apple Watch comes with plenty of great built-in features, but you should hit the watch’s App Store to find third-party options that can make the device even more useful. 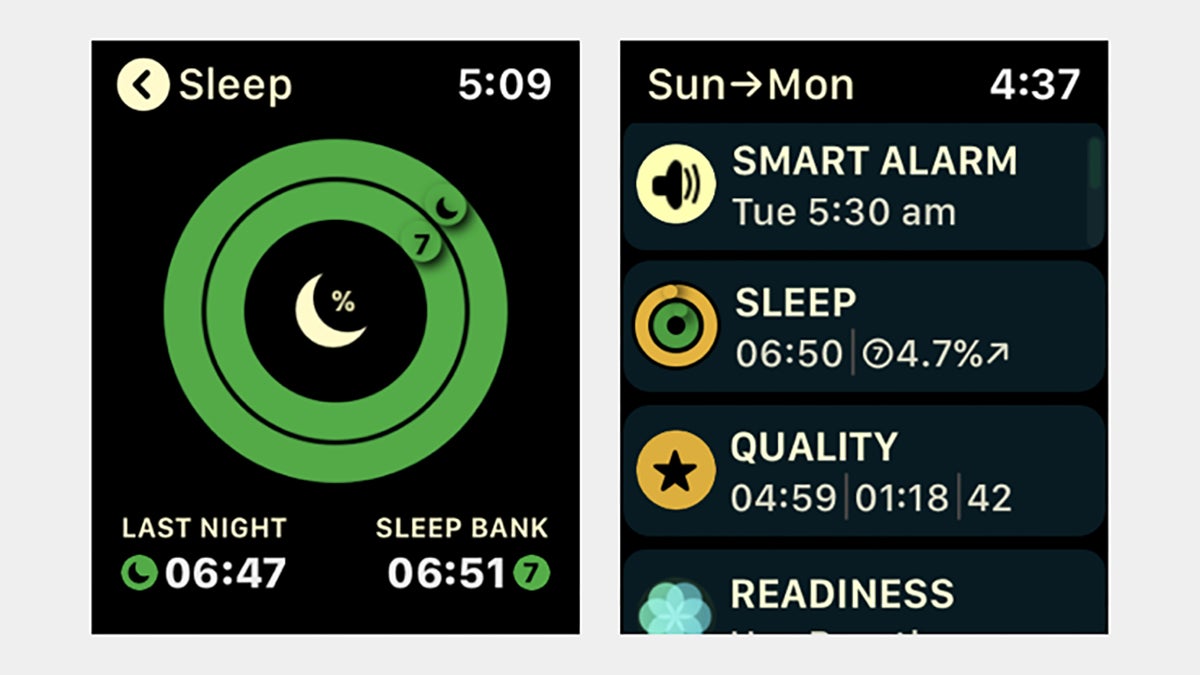 If Apple ever gets around to adding sleep tracking as a built-in feature on the Apple Watch, it’ll have to be pretty impressive to top AutoSleep. In addition to keeping tabs on the quality of your slumber overnight, the app also features a smart alarm that will wake you up when the watch senses you’re emerging from a deep sleep, and a charging reminder that will tell you when you need to juice up the watch battery before bedtime. The accompanying phone app is fantastic, too. 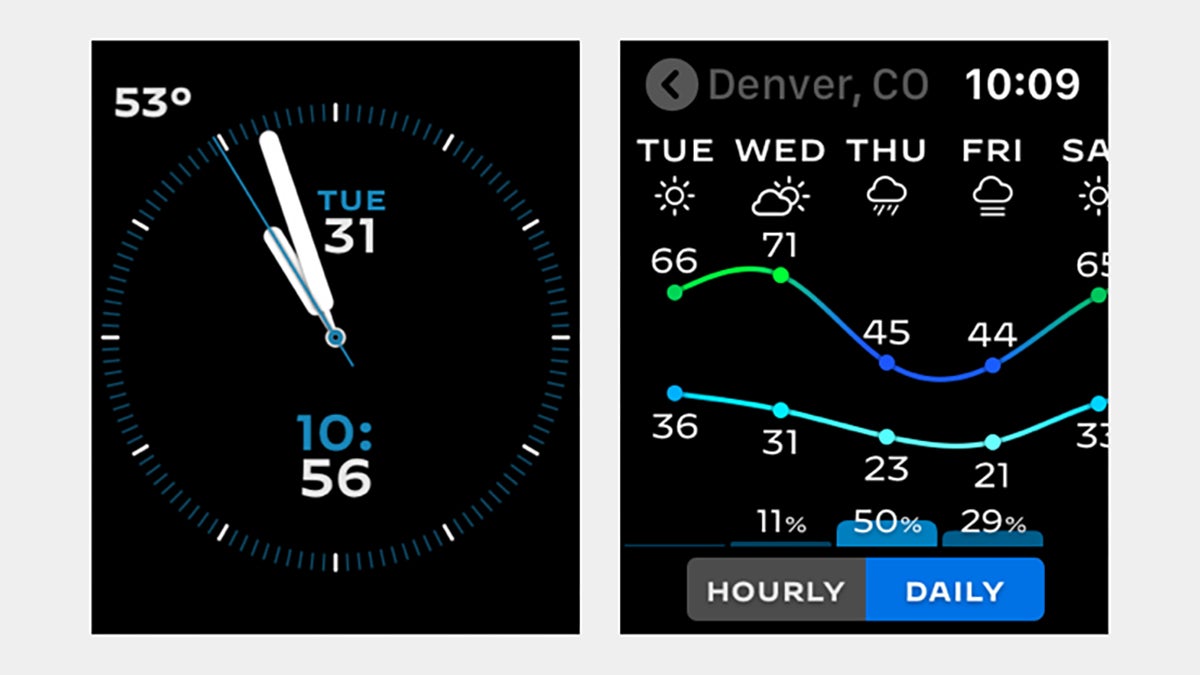 The Apple Watch’s watch face is customisable to a point, and then Watchsmith takes over from there. You can use the app to create a more personal watch face with complications that show the date, the weather, astronomical information, and more, and the app even has the ability to modify what it shows depending on the time (so your watch face can keep changing throughout the day). 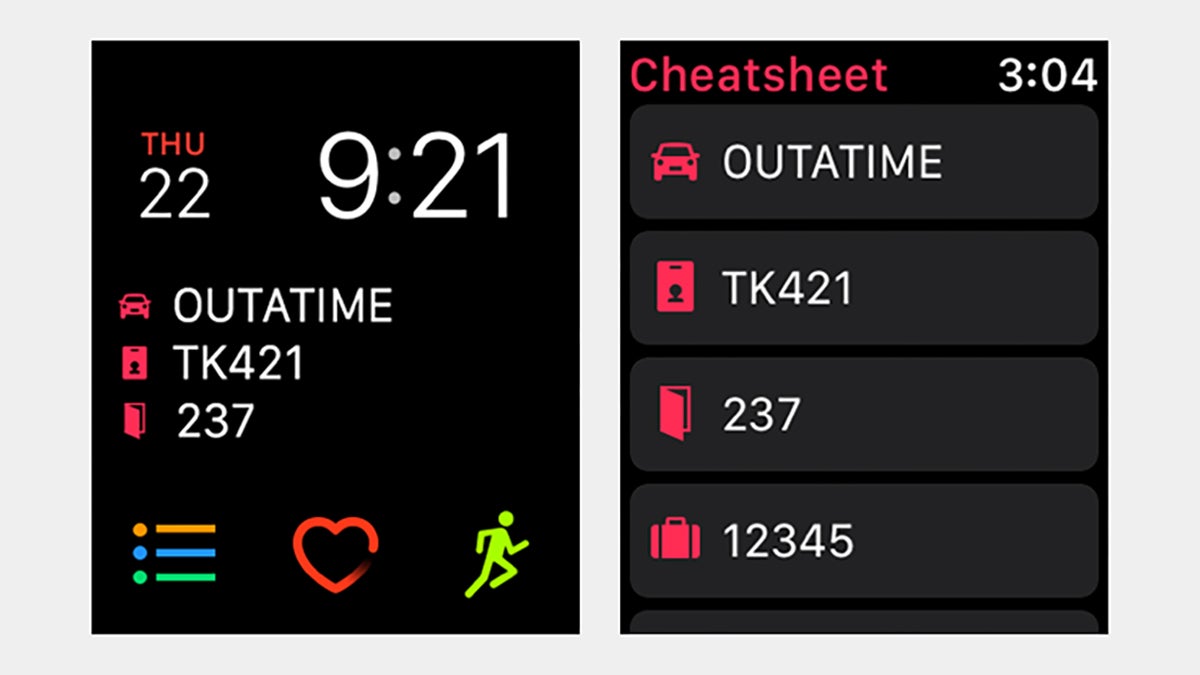 Smartwatches work best for accessing bite-sized, at-a-glance information on your wrist, such as the time or anything you’ve entered in Cheatsheet Notes. The app is simple and plain, but that’s the whole point: You can input home addresses, phone numbers, cheat codes, dates, ID numbers, or anything else you need quick access to, and call them up on the Apple Watch display in seconds. The app supports watch face complications, too. 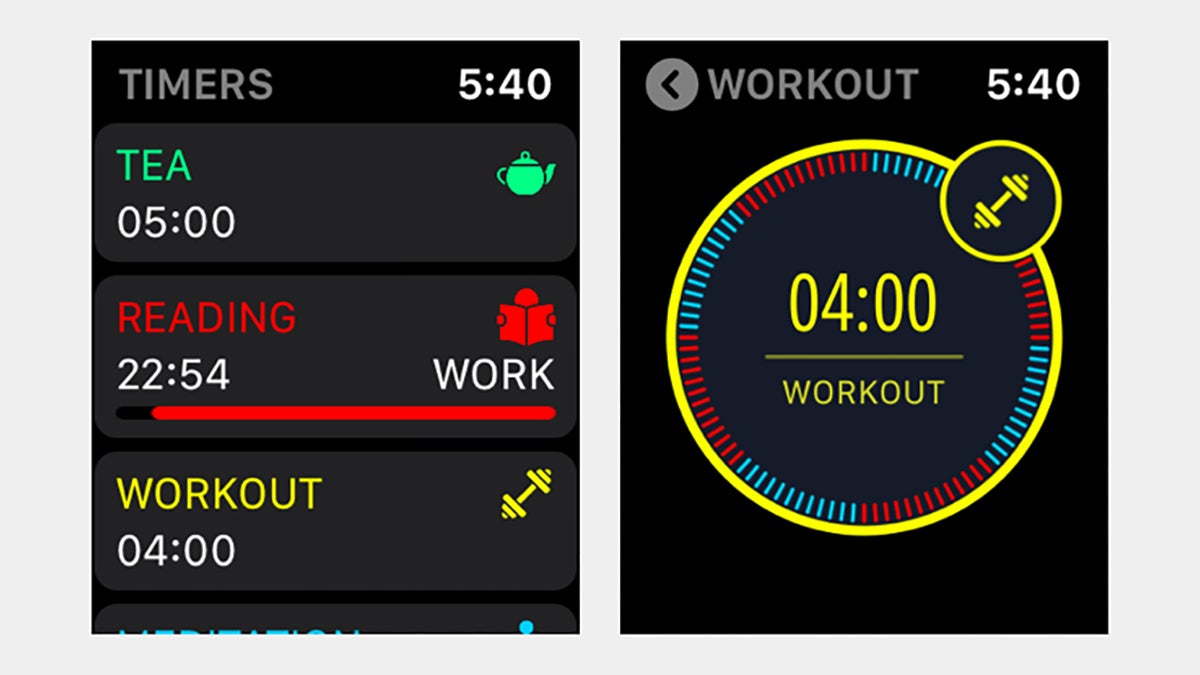 Get around the restrictions of the built-in Apple Watch stopwatch and just download MultiTimer. The app lets you set multiple timers for multiple events and have them run simultaneously, all from the screen of your Apple Watch. The accompanying iPhone app is useful, too, because the native iOS Clock app doesn’t let you set multiple timers. Timers can be displayed in a variety of ways, and even embedded as watch face complications, so you can always see them. 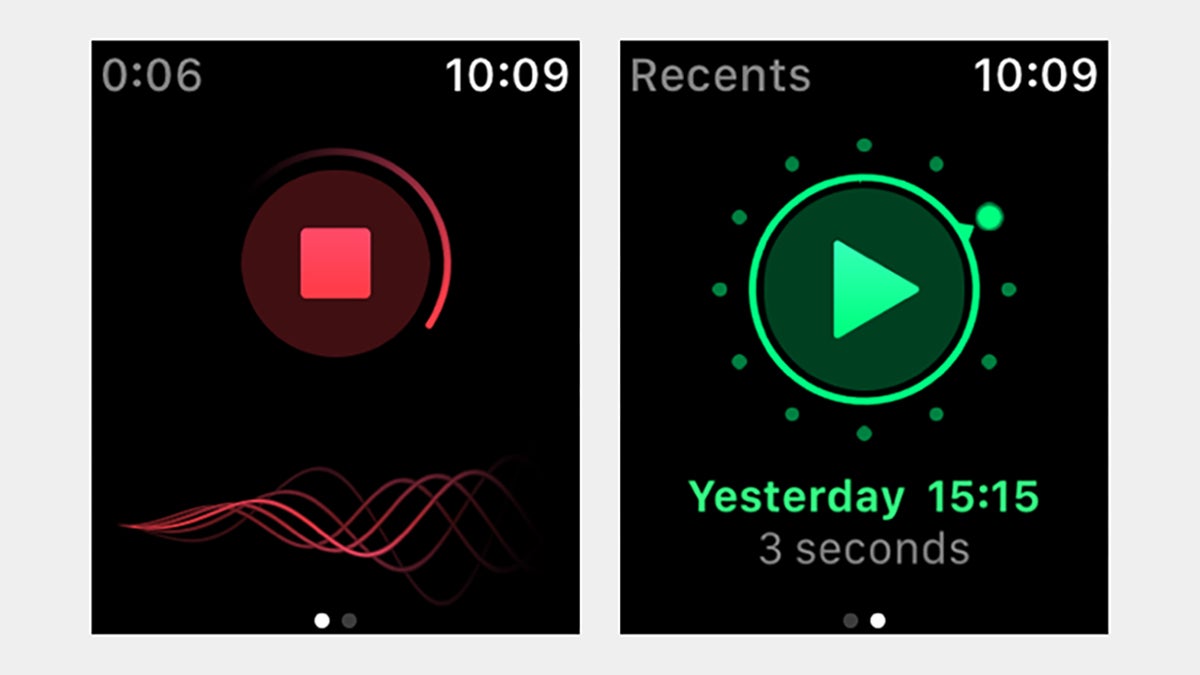 Being able to start and stop audio recordings from your wrist is both very cool and very useful, and Just Press Record lets you do just that. It’s also a capable recording app for your phone. Recordings are neatly organised and easily accessible, and speech can be turned into searchable text with the built-in transcription feature. It works with or without your phone connected, so you can easily record on the go. 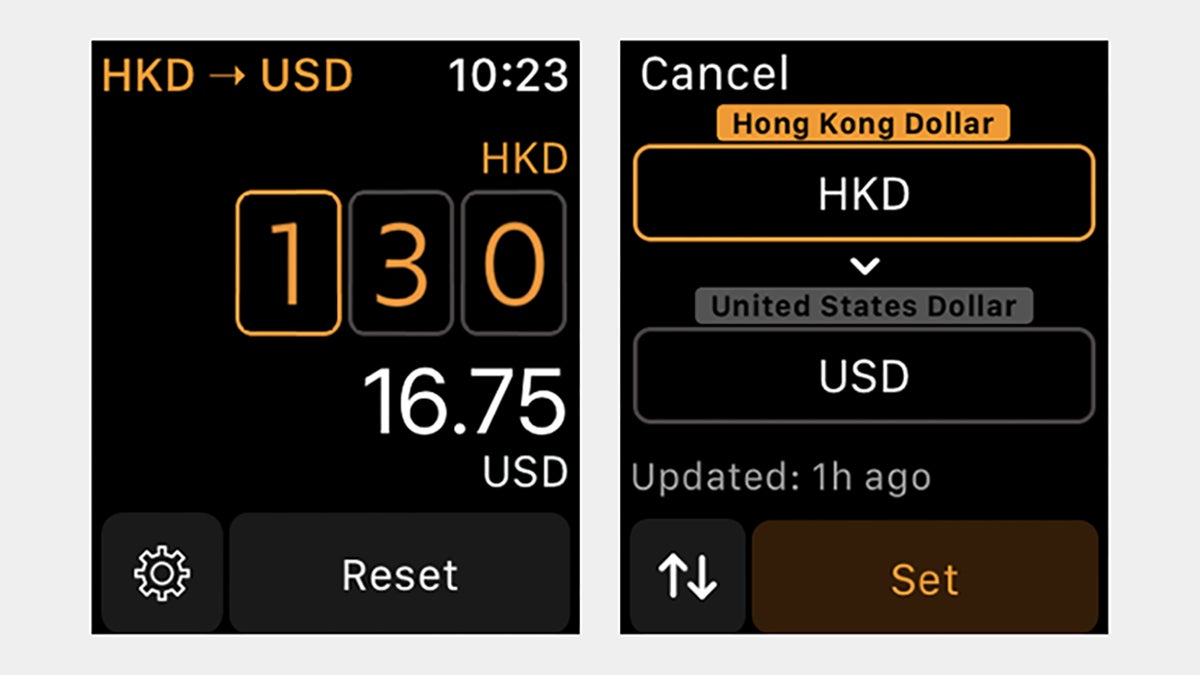 One of the main reasons to get a smartwatch is because it helps you get stuff done that would otherwise require you to pull your phone out of your pocket or your bag. Elk definitely helps here, allowing you to convert currencies right on the screen of the Apple Watch. Because Elk knows where you are, thanks to the watch’s built-in GPS, it can automatically find the right currency for you. 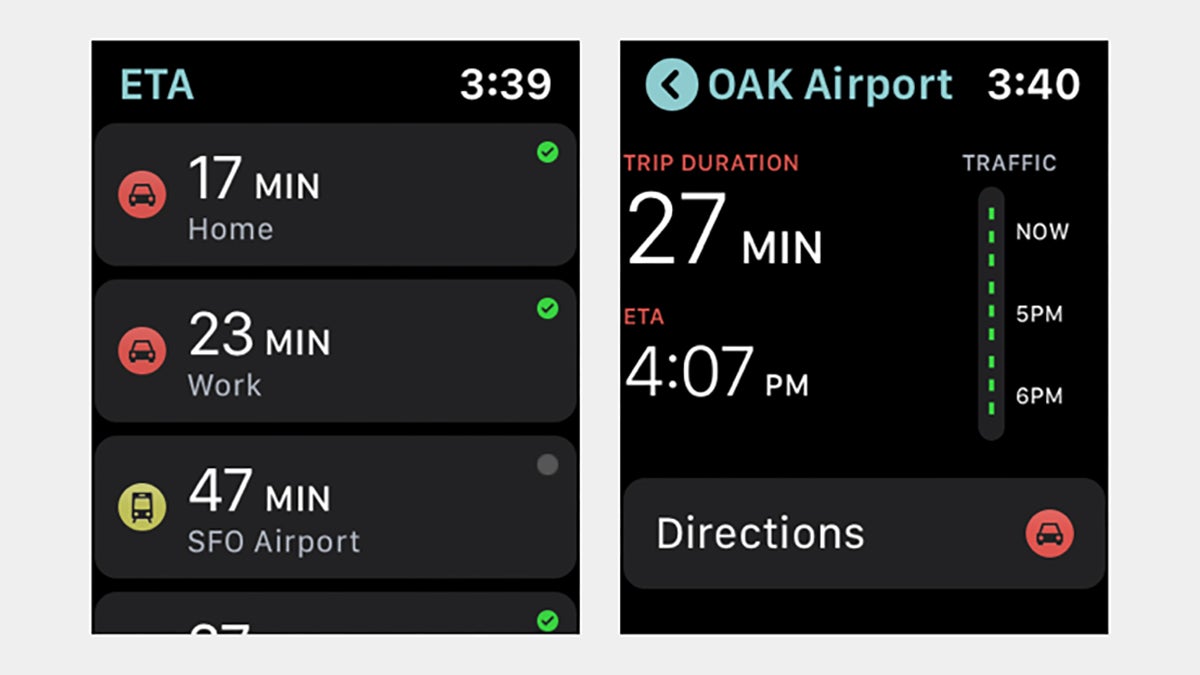 ETA is one of those Apple Watch apps you don’t actually realise is useful until you see it in action. As you might guess, the app tells you how long it’s going to take you to get somewhere. That means you can make sure you’re never late again, and alerts friends and family as to how long you’re going to be. ETA is also very polished on the iPhone, where it can be accessed as a widget or app. 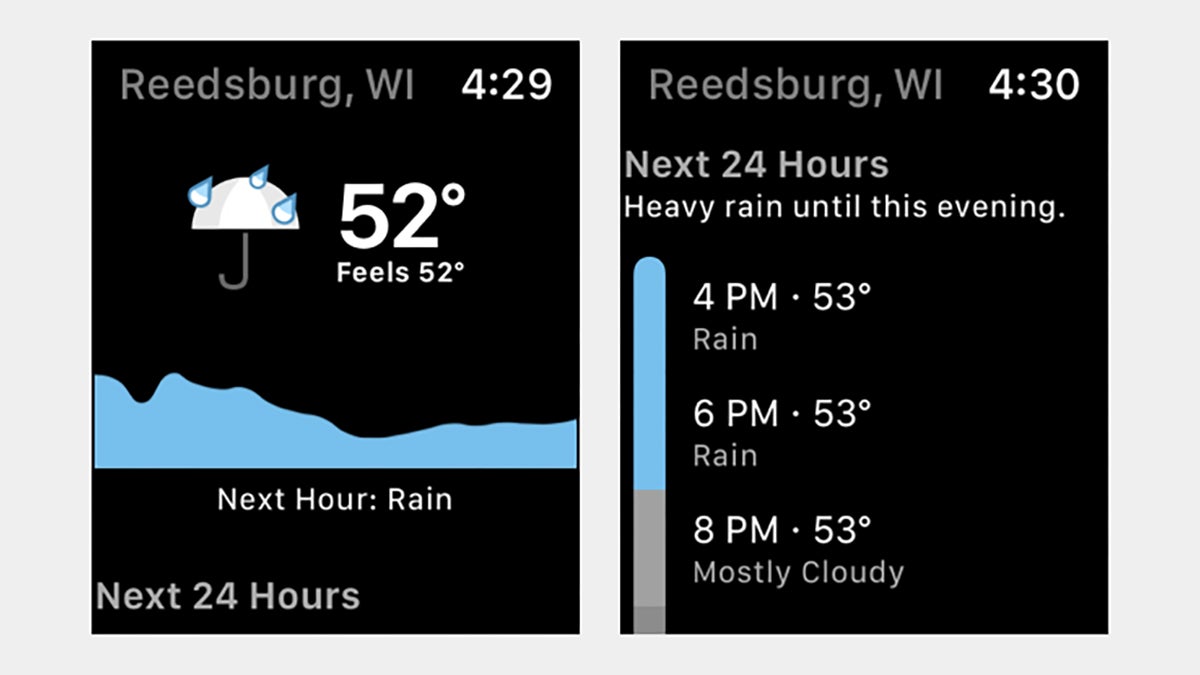 This is a weather app so good, Apple decided to buy it. Dark Sky might not be around as a separate app for much longer, so make the most of this one while you can. On the Apple Watch, like on the iPhone, Dark Sky excels at hyperlocal weather forecasting, and is spookily accurate at telling you what the weather is going to be in the next few minutes or hours. When you’re out and about, or about to leave the house, that info comes in handy. 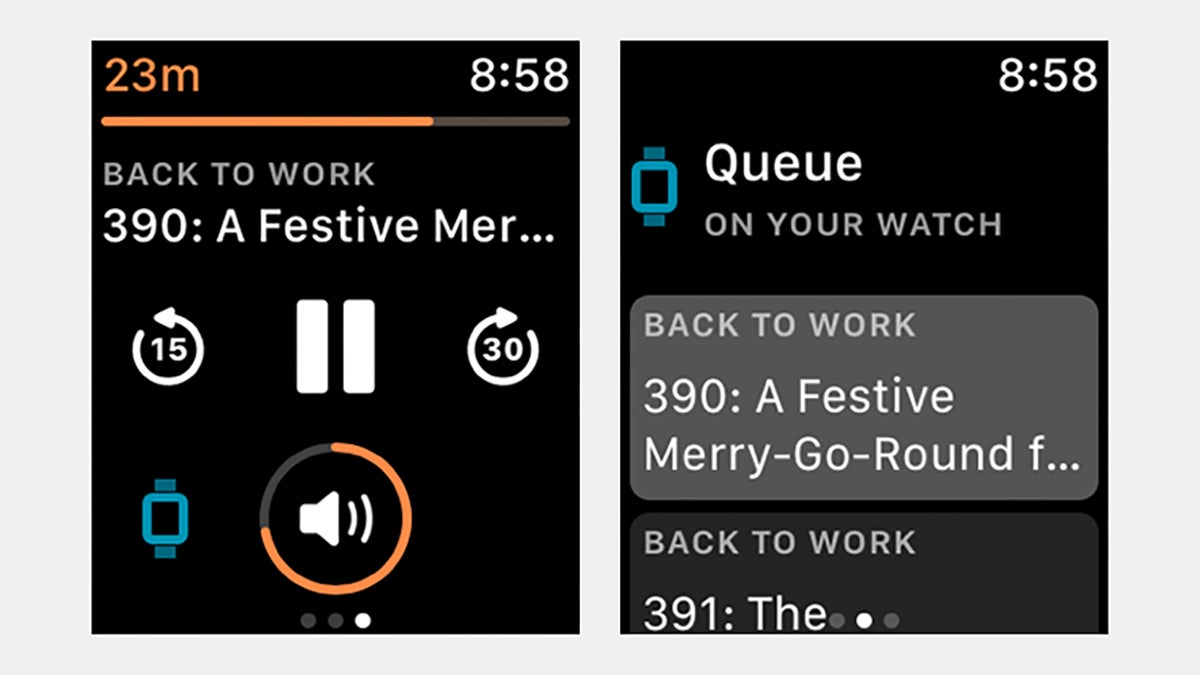 Overcast stands out as a podcast player for all kinds of reasons, including the effort and care that the developer put into building an Apple Watch app. Podcasts can be saved to the watch itself as well as your phone, enabling listening on the go when you don’t want to take your phone out. Everything is clearly laid out on the app’s interface, and it’s easy to operate even on a small screen. Time skipping and volume controls can be accessed right from your wrist, too. 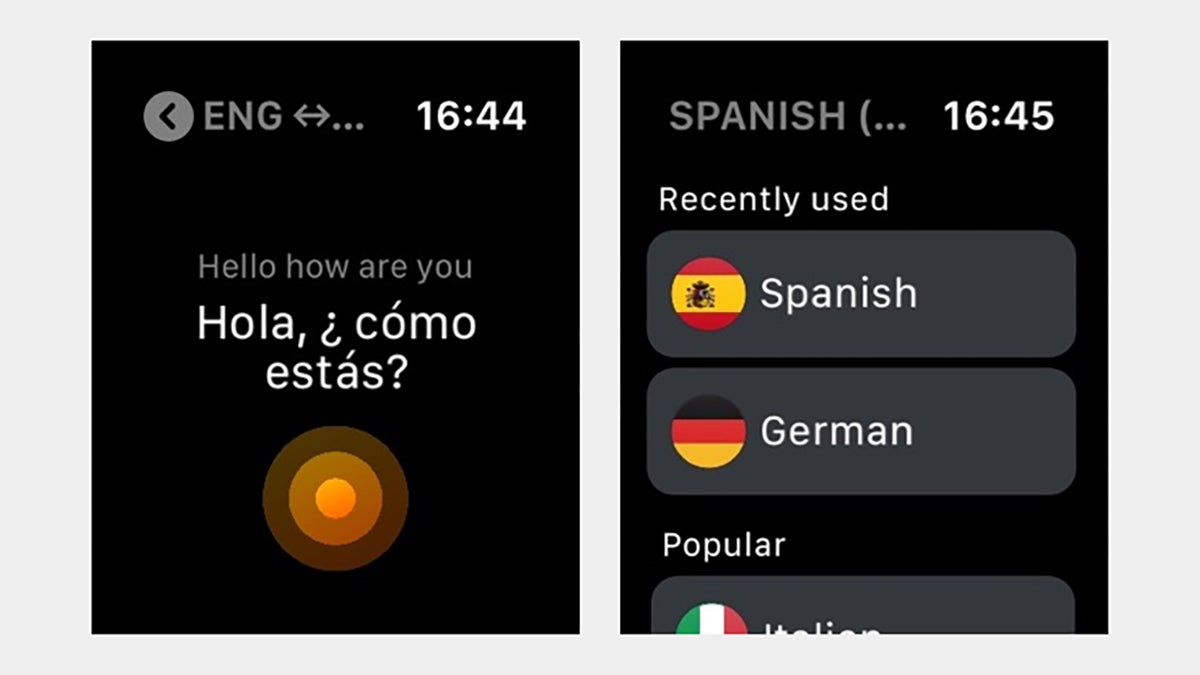 iTranslate Converse does a remarkable job of translating spoken audio back at you, which means this is going to be an invaluable Apple Watch app if you’re ever trying to converse with someone in another language. A total of 38 different languages are supported by the app, and you can select these manually (or have iTranslate Converse detect them automatically). You even get written transcripts of your voice conversations. 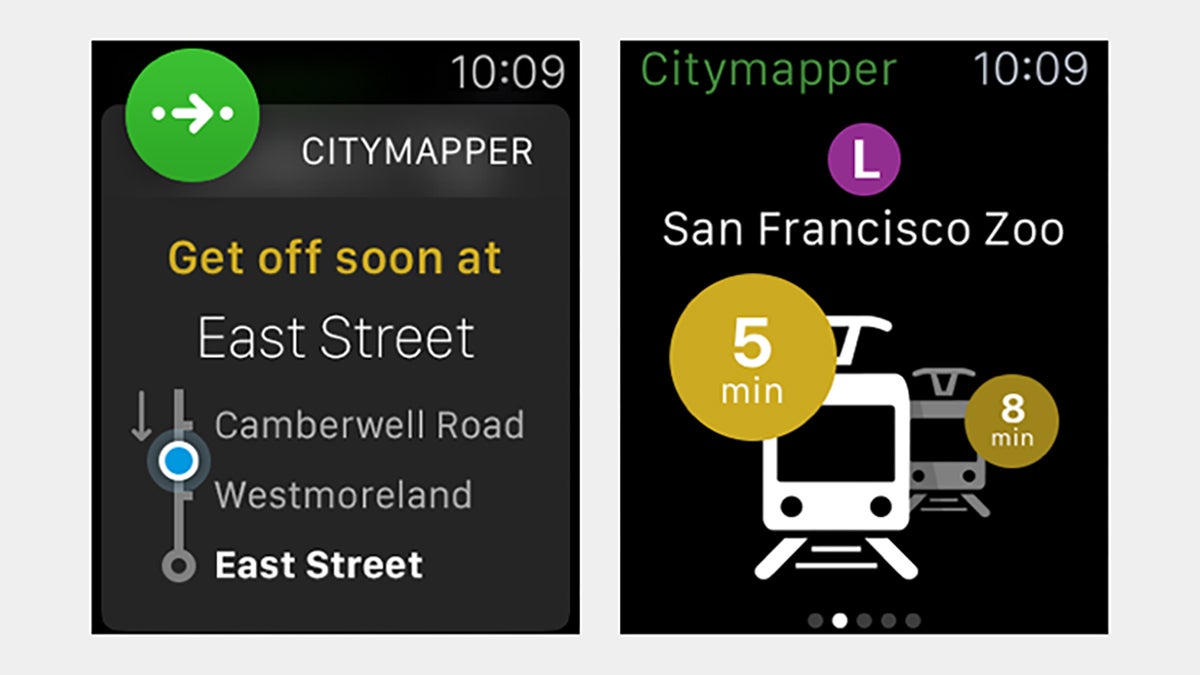 If you already use Citymapper on your phone, then you know how useful it can be in getting from point A to point B. The Apple Watch app makes the tool an even more important part of your journey. If you’re riding the bus, train, or any other public transport, and it’s tricky to take your phone out, Citymapper’s watch app lets you know when you need to get off (and back on), gives you estimates of how long your journey is going to take, and more.