A Green Glow Has Been Detected in the Martian Atmosphere

The Red Planet has a touch of green, according to atmospheric observations performed by the ExoMars Trace Gas Orbiter. It’s the first time this effect has been documented on a planet other than Earth.

Like Earth, Mars features green airglow emissions in its dayside atmosphere, according to new research published in Nature Astronomy. The green hue happens when the Sun’s rays excite oxygen molecules in the upper atmosphere.

This green glow effect is quite faint, but astronauts aboard the International Space Station have the best seats in the house to view the phenomenon happening on Earth. They can spot airglow when looking at Earth’s limb – the curved edge of the planet as it appears to intersect with space. 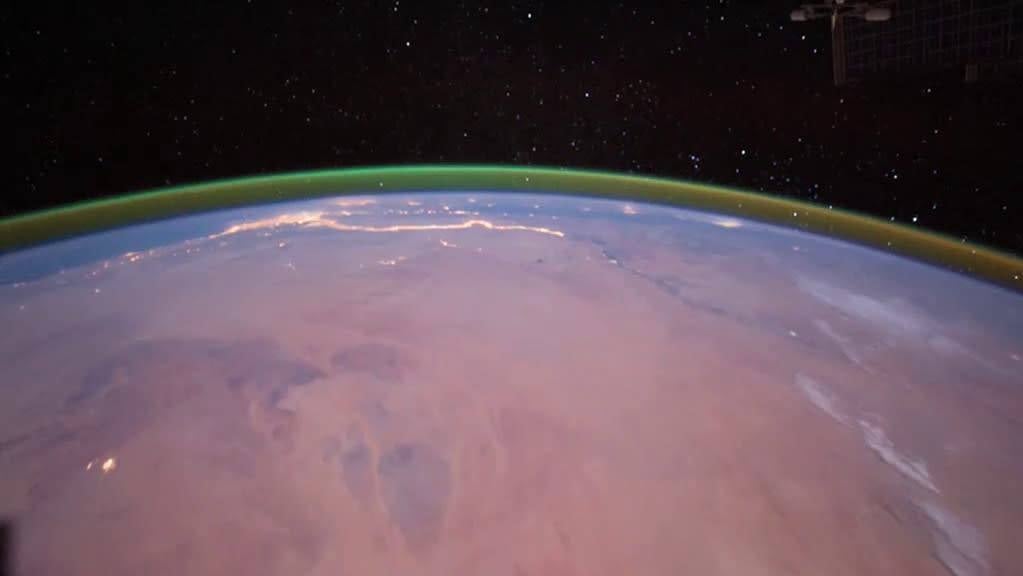 Green airglow in Earth’s atmosphere, as seen from the ISS in 2011. (Image: NASA)

Airglow green line emissions are not to be confused with auroras, commonly known as the Northern and Southern Lights. Auroras arise from collisions between atmospheric molecules, namely oxygen and nitrogen, and fast-moving particles, i.e. electrons, that originate in Earth’s magnetic field. Green line emissions also involve oxygen atoms, which produce the green hue, but the dayglow happens when the Sun’s rays directly excite these atoms and molecules (Mars lacks a strong magnetic field). Nightglow emissions happen when busted molecules recombine.

And yes, Mars has oxygen, though not at the same levels seen on Earth. In fact, atmospheric oxygen on Mars exists as a byproduct of disintegrating carbon dioxide, the result of the Sun’s rays knocking out one of its two oxygen atoms. It’s this very process that produces the green glow, according to the new research, led by Jean-Claude Gérard of the University of Liège in Belgium.

Green airglow emissions on Mars were predicted to exist 40 years ago, but this is the first confirmed detection – a result made possible by the ExoMars Trace Gas Orbiter, a satellite that’s been circling Mars since 2016. The orbiter detected the excited oxygen with its NOMAD spectrometer, which scanned the Martian dayside surface in both ultraviolet and visible light.

“Previous observations hadn’t captured any kind of green glow at Mars, so we decided to reorient the [ultraviolet and visible spectrometer]... to point at the ‘edge’ of Mars, similar to the perspective you see in images of Earth taken from the ISS,” explained Ann Carine Vandaele from the the Royal Belgian Institute for Space Aeronomy in an ESA press release.

The researchers took measurements between 12 to 250 miles (20 to 400 km) above the Martian surface. The green oxygen emissions were found in all of these altitudes, but they were strongest at 50 miles (80 km) above the surface. The strength varied according to the changing distance between Mars and the Sun.

Interestingly, this technique can now be used to measure the density of the Martian atmosphere. This could prove useful for upcoming missions in which engineers need to account for the atmospheric drag experienced by orbiting satellites and by parachutes delivering probes to the surface. 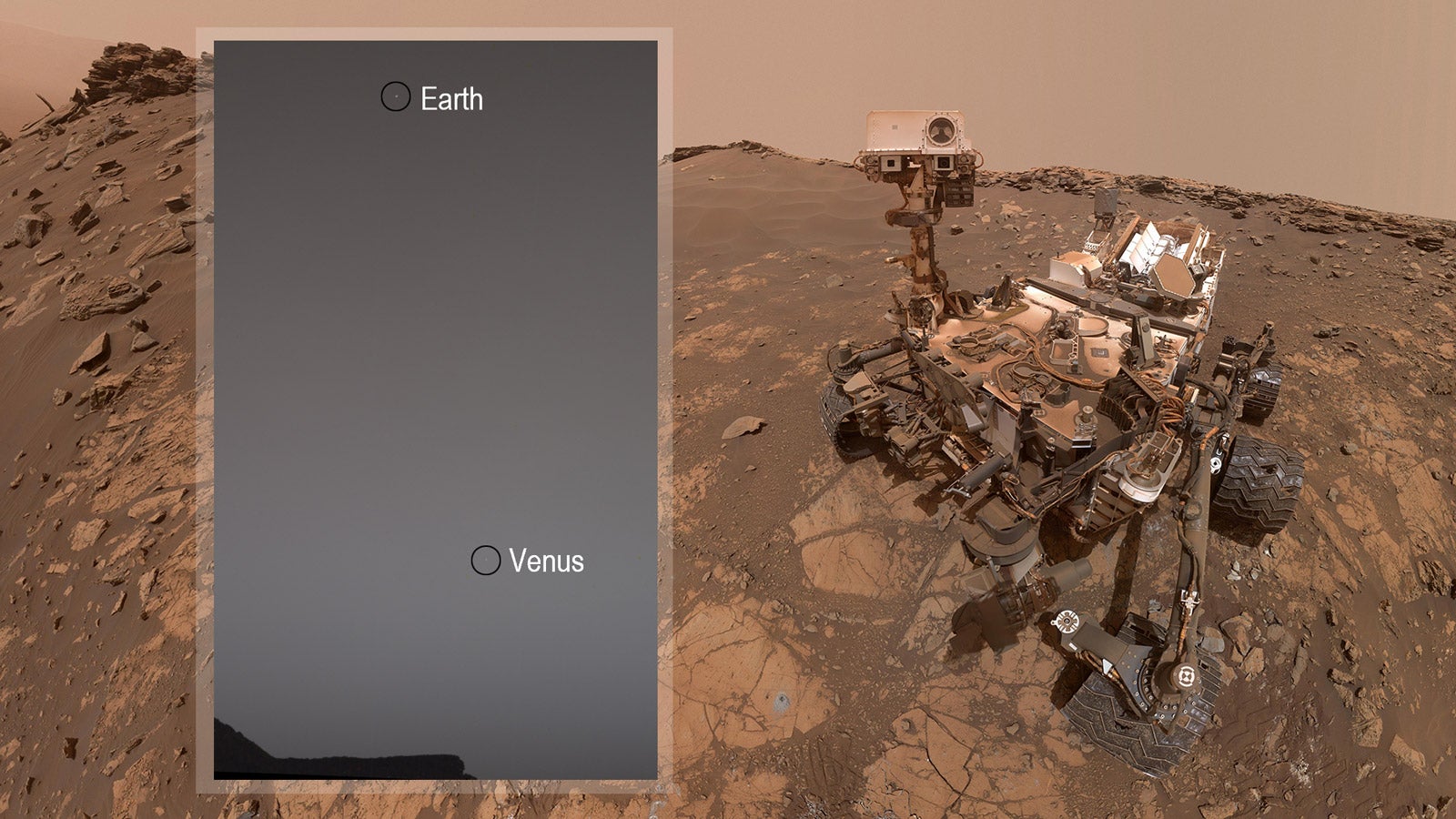 Earth and Venus, as seen from the surface of Mars. (Image: NASA/JPL-Caltech)

In other Mars-related news, NASA’s Curiosity rover captured a shot of Earth and Venus in the Martian night sky. Both planets appear as bright specks of light, with the third planet from the Sun glowing more brightly than the second, as seen from the fourth planet. The image was captured on 5 June 2020 as Curiosity was measuring the brightness of twilight.