Here Are All the New Features Coming to Your Apple Watch

If you want a hint at the big changes coming to the Apple Watch this autumn, Apple’s Worldwide Developers Conference keynote is the event to watch. Kevin Lynch took the main stage today to detail all the updates coming in watchOS 7, which gives us a pretty good idea of what’s in store for the Apple Watch Series 6 when it launches later this year.

Here’s a breakdown of the major announcements:

You guessed it: More watch faces!

Apple still won’t let third-party developers create their own watch faces, but the company never comes to WWDC without at least one new option. It would be nice to get more customisable watch faces, you can now at least personalise your own watch faces with Face Sharing. When you see a face you like, you can add the watch face directly via this feature. That’s even if you don’t have the complications. You can also long-press a face you make to share it.

This year, Apple’s also added the Chronograph Pro face, which includes a...tachymeter? If you’ve never heard of a tachymeter, it’s basically an analog-looking scale around the edge of your dial that measures speed and distance over time. Meanwhile, the Photos face will offer different colour filters and the X-Large face will let you add a “rich complication.”

A big thing here is that developers now have the ability to offer more than one complication per app on any given watch face. That was a major limitation before, so this should help make watch faces more useful for how you personally use the Apple Watch. 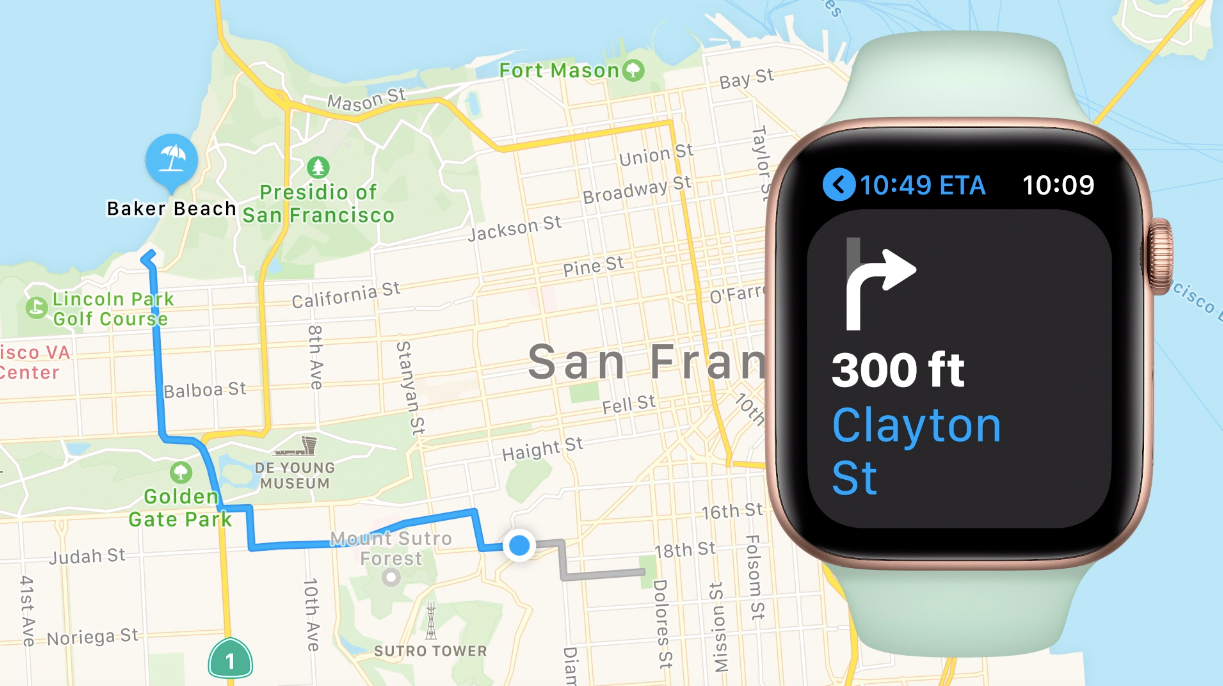 Apple keeps iterating on its native Workout app, and this year’s updates include updates for cycling tracking. It includes directions, and also tips like when you should dismount. You’ll also get... a native Dance workout! You’ll also get... a native Dance workout! There are new sensors that should be able to detect the differences for upper body, lower body, and full-body movements for accurate calorie counts. That’s done via something called “advanced sensor fusion.” Basically that means combining info from the accelerometer, gyroscope, and heart rate sensor to differentiate movements. 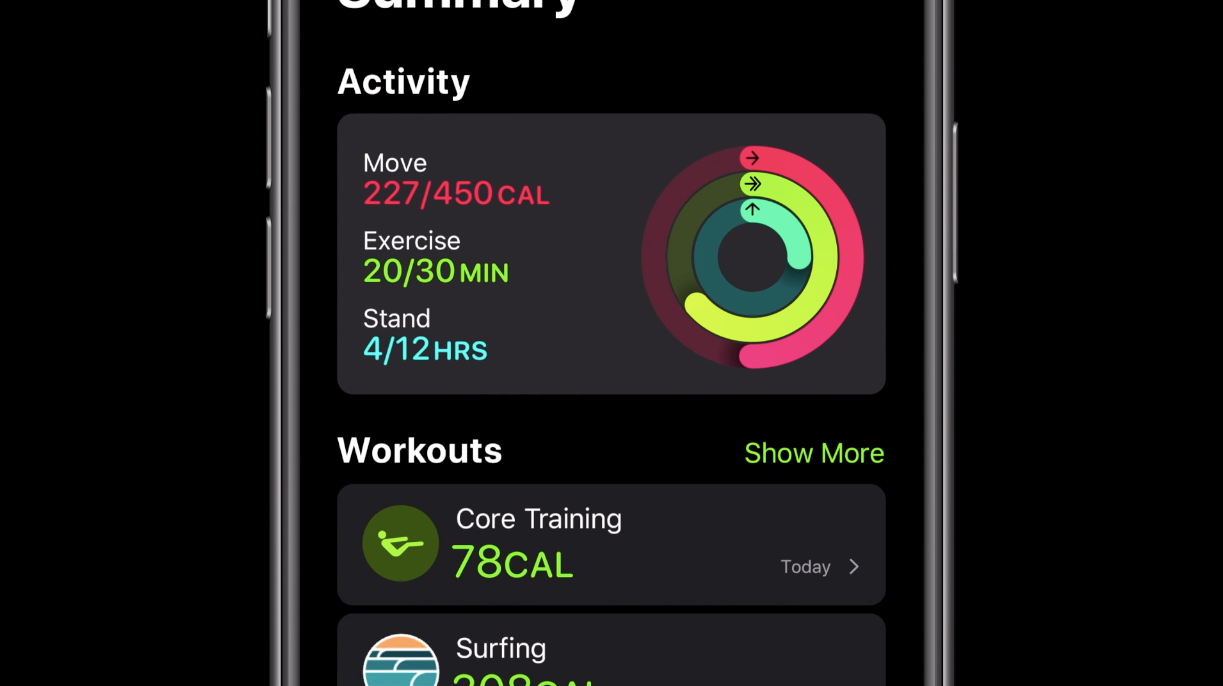 The Activity app, now called Fitness, is also getting a new look with a summary at the top, as well as a more streamlined view of workouts, awards, and trends. So far, it looks similar to the refresh the Health app got last year. Other big additions are new algorithms for Core Training, Dance, Functional Strength Training, and Cooldown. One important thing to note: the new Core Training and Functional Strength Training algorithms still won’t be able to track reps. This is strictly an update for more accurate calorie counts for those exercises.

WatchOS 6 saw the addition of the Noise app, which measures ambient noise levels and alerts you when you’re probably wrecking your ear drums. Now in WatchOS 7, Apple is taking it a step further by integrating notifications that let you know when you’ve listened to too much loud music (or too many loud podcasts) in a week. 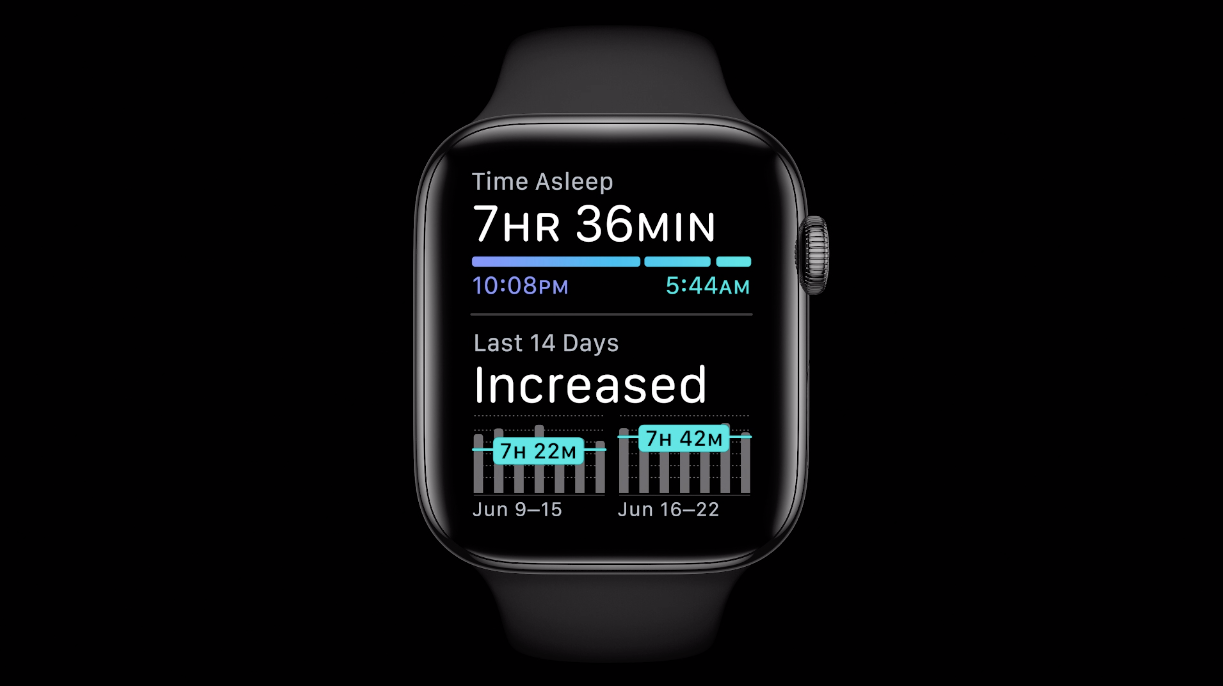 There’s an updated section in the Health app. Apple says that by detecting “micro-movements” from the accelerometer, it’ll be able to glean insights about your respiration during sleep. From that, you’ll get on-wrist insights the next morning, which includes periods of wakefulness and sleep. You’ll also get a chart of sleep trends. However, unlike some more detailed sleep tracking apps and trackers, you won’t get a breakdown of various sleep stages (i.e. REM, light, deep, etc). 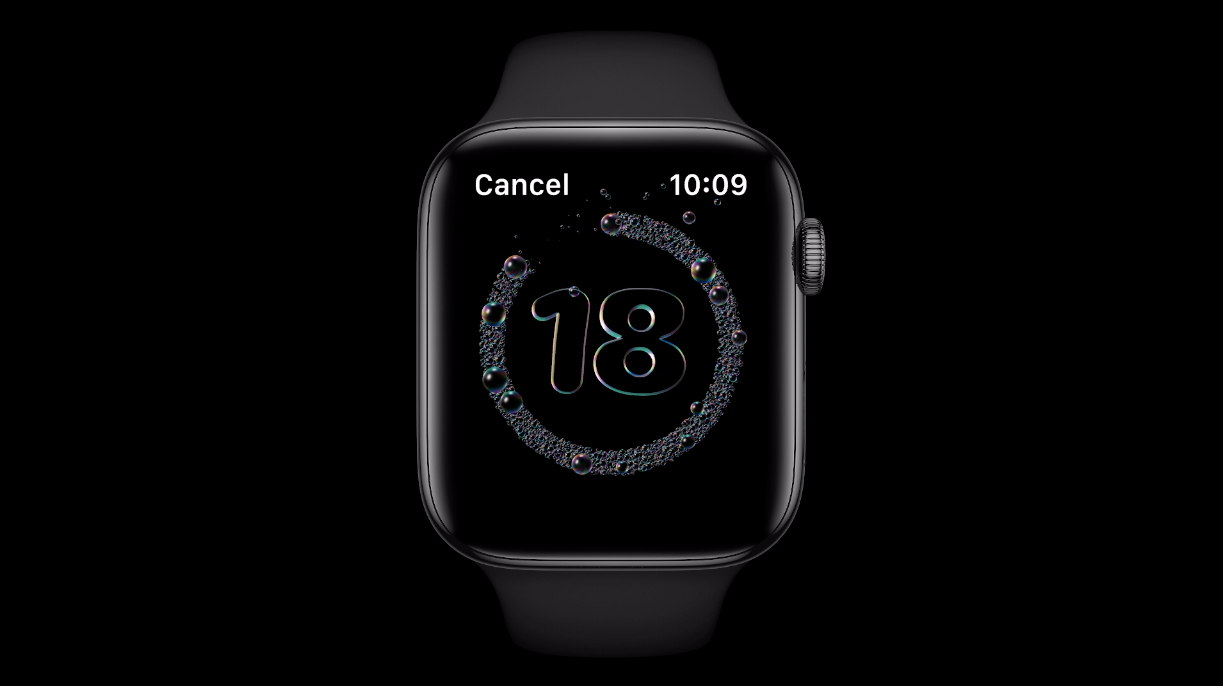 A handwashing app because we’re still in the pandemic!

This was a feature Wear OS added a while back, but it looks like Apple’s also jumped on that train but with a little extra added flair. The watch will be able to detect soap sounds and automatically start a 20-second countdown complete with animations. The feature will also prompt Apple Watch wearers to wash their hands when they return home – probably something enabled via the watch’s GPS. Apple also says that the sounds used to detect handwashing aren’t automatically recorded or saved by either the Health app or the Apple Watch itself. Perhaps not a feature we expected to see from all the rumours, but one that’s extremely timely nonetheless.

So while every pre-WWDC rumour, like the watch being able to read blood oxygenation levels, didn’t come to pass, this is still a pretty jam-packed update. WatchOS 7 is bringing some features that fans have been clamouring for some time now, and for the first time, WatchOS will be included when the public beta drops in July. That said, you don’t necessarily need to buy the Series 6 when it comes out this autumn. The new features will be available from the Series 3 on.