After 13 versions installed across more than a billion devices, Apple’s iOS has become a very well-rounded and mature platform. But that doesn’t mean there isn’t room for improvement, and at WWDC 2020, Apple is giving us a peek at all the new features and tweaks it has in mind for iOS 14.

Due for release sometime later this autumn, Apple’s main focus for iOS 14 is to improve its performance and reliability while also expanding on a number of features added in previous versions. Small upgrades range from a new way to search for apps from the iOS home screen and the addition of widgets, improvements to Messages, and better sleep tracking. Meanwhile, bigger ticket items include a new fitness app that works syncs with all of your Apple devices, a new augmented reality app, some big updates to the Podcasts app, and more. So here’s a summary of everything new headed to iOS 14. 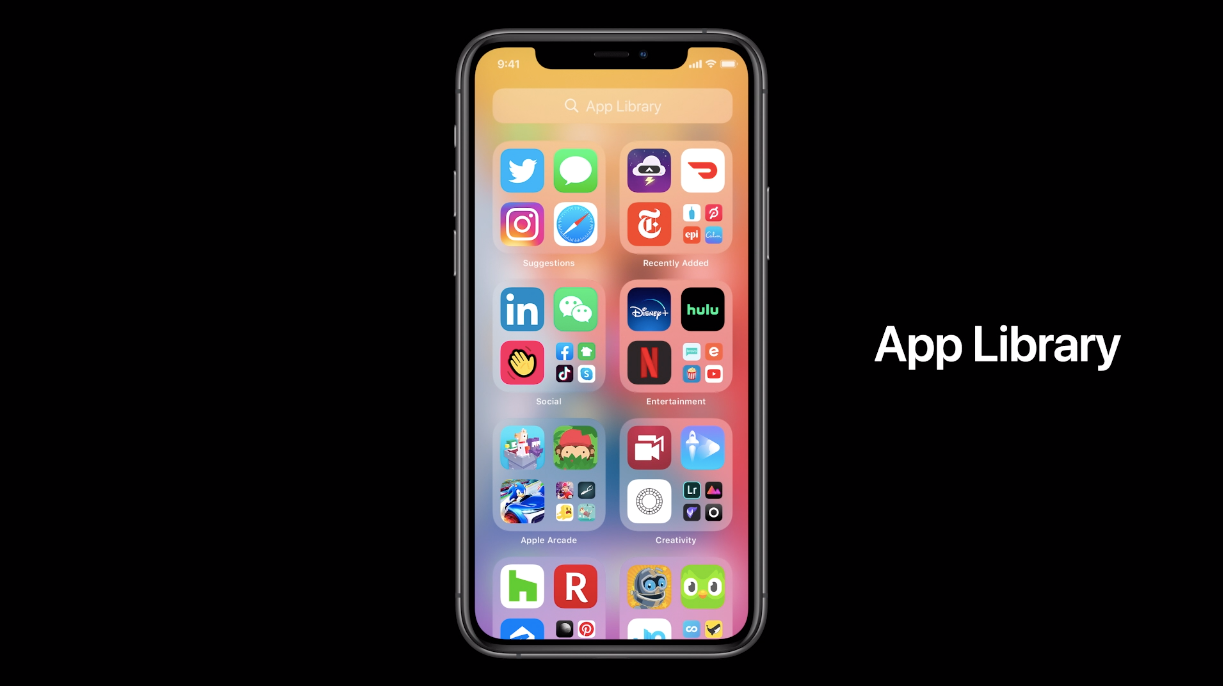 To help give you faster access to everything you do, Apple is reorganising the iOS home screen. In iOS 14, you’ll be able to move apps around and group them in new ways, with Apple’s new App Library automatically organising all your apps into a number of big groups and lists. And if there are few apps you don’t want people to see, you can now hide apps from appearing on the main home screen using a feature that looks a lot like the app drawer you get on Android devices.

Apple has also updated the way incoming calls and FaceTime sessions look, by putting interactions in a new, more compact view so you can talk and multitask just a little bit better. 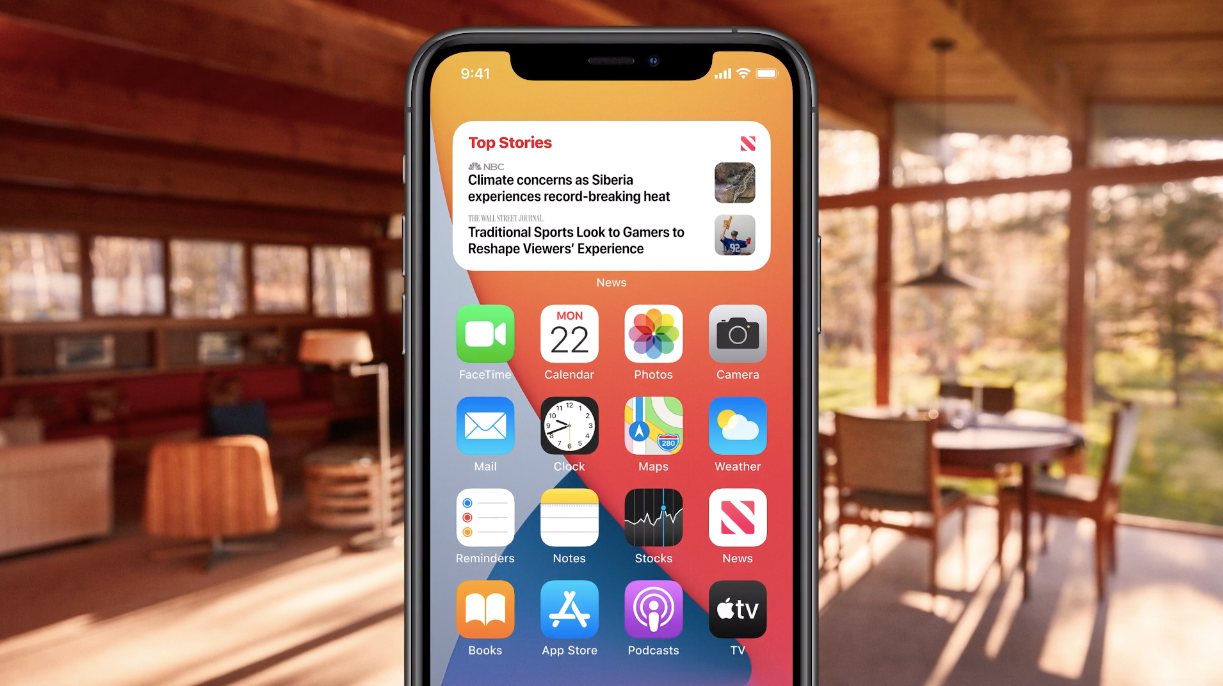 Based on experience with the Apple Watch, Apple is now bringing widgets over to iOS 14. Users will be able to add widgets to the homescreen and customise its size, allowing you to put something like a weather widget next to your most commonly used apps. There will also be a new gallery app that should make handy widgets easier to find, and thanks to a new feature called Smart Stack, you can place multiple widgets on top of each other and swipe through them like a stack of cards.

And while it might not be considered a traditional widget, Apple is also adding picture-in-picture support to iOS 14, so you can watch videos and even resize them while you are multitasking. And if you need too, videos can be played completely in the background, and when you want to go back, there are handy controls for bring your video back to front and centre.

Messages Gets a Revamp 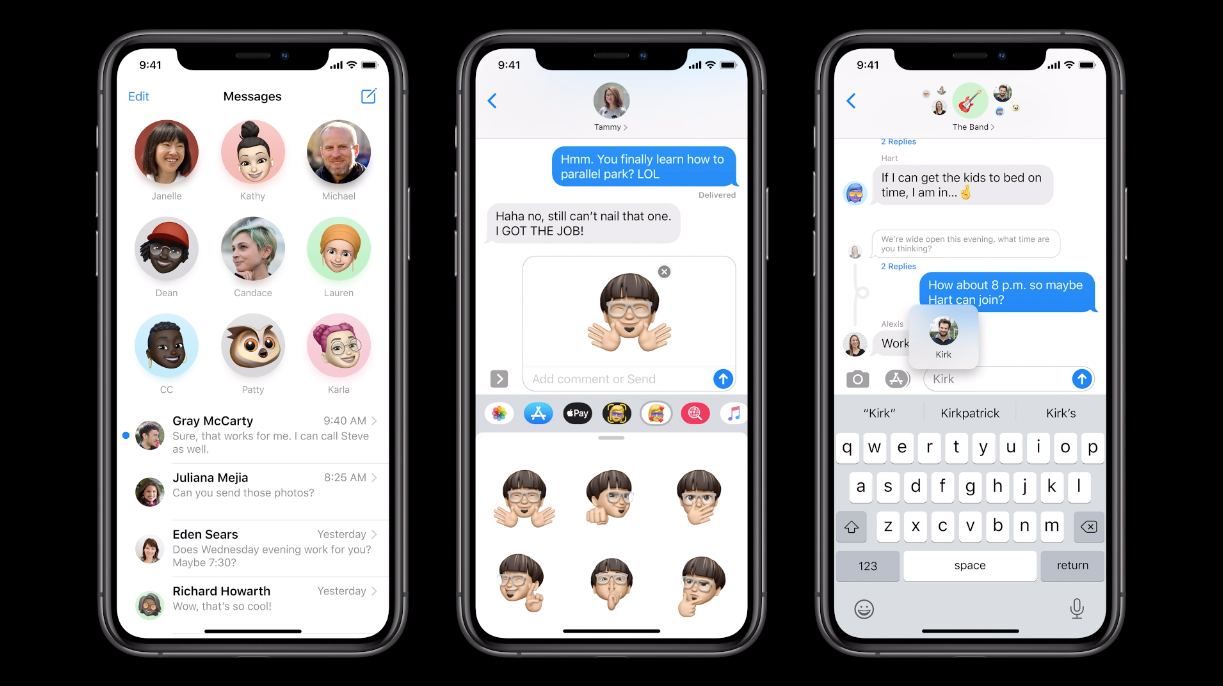 On top of more a bunch of new memoji options (including a new facemask customisation), Apple is adding inline replies to Messages, allowing you to respond directly to a specific comment. And to make sure people know exactly who you’re respond too, you can now reply directly to someone using an “@” tag. Groups are also getting enhanced so you have a better idea of who is in a specific chat group and who talked most recently.

Finally, for the chat groups you check out most often, Apple will now let you pin select chats in iOS 14, so the people and chats you care about the most always sit close to the top.

Siri Gets a New Look and Improved Translations 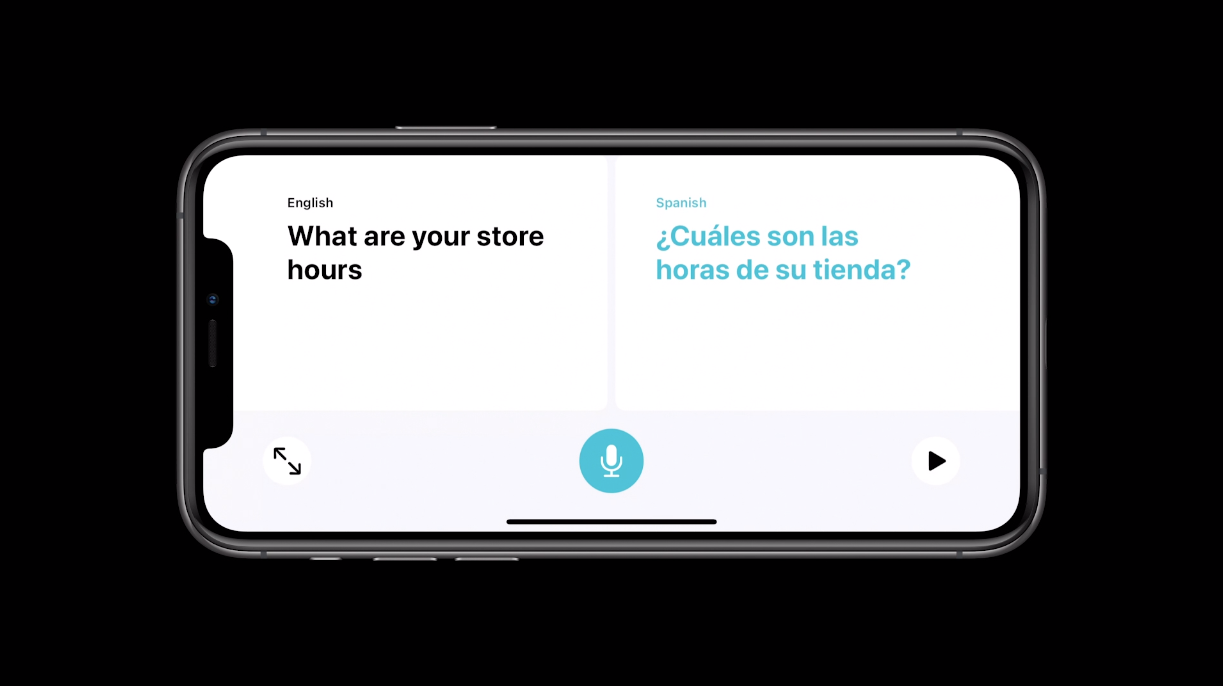 To help enhance the digital assistant built into iOS 14, Apple is giving Siri a new look including a big, colourful icon that appears whenever you call. Additionally, Siri now supports sending audio messages and has improved translation support. And for people worried about the privacy of Apple’s digital assistant, Siri translations will even work completely offline. 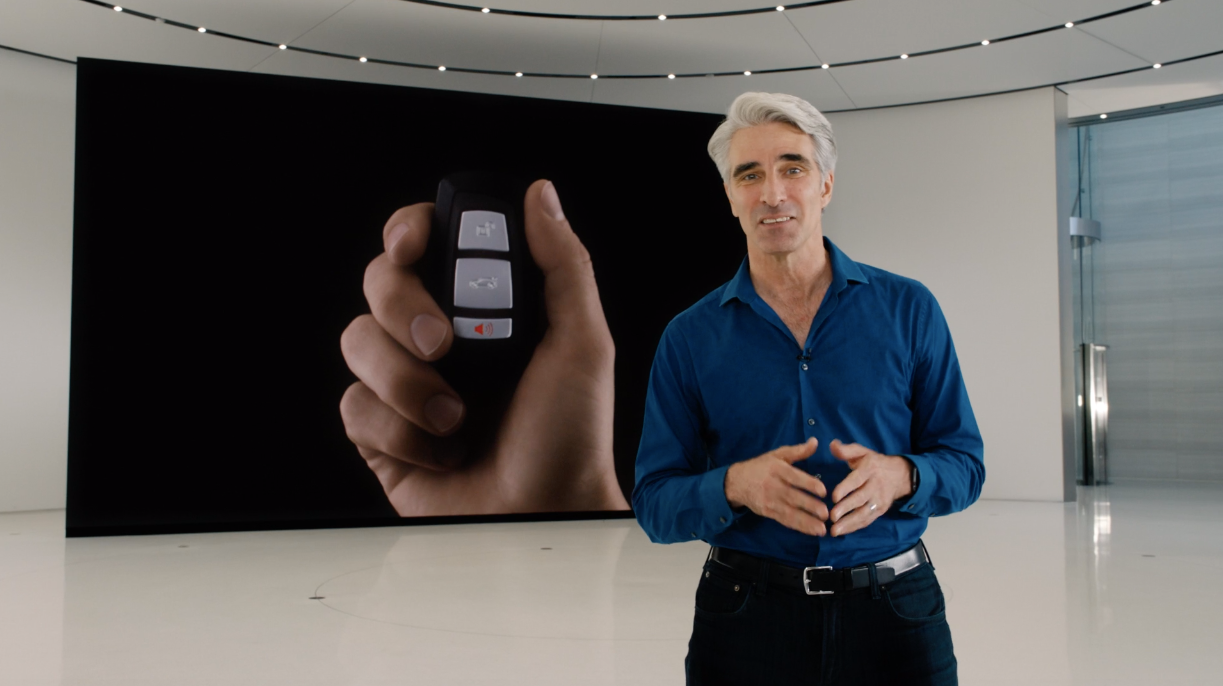 We've covered this feature in more detail here, but with automakers constantly cribbing features from smartphones and putting them into cars, it’s past time your phone and automobile communicated better with each other. So in iOS 14, Apple is introducing CarKey, which allows you to unlock your car wireless simply by tapping a few buttons in your phone.

The first car to support CarKey will be the new 2021 BMW 5 Series (which goes on sale next month). Setup is as simple as pairing your iPhone (or Apple Watch) with an eligible car, and then the next you want to unlock your car, you can simply hold your iPhone or Apple Watch near an NFC receiver built into the car, and then use Face ID or Touch ID to confirm your identity.

Aside from CarKey, Apple is also updating CarPlay with support for custom wallpapers and a handful of new app categories including parking apps, EV charging apps, and food apps. 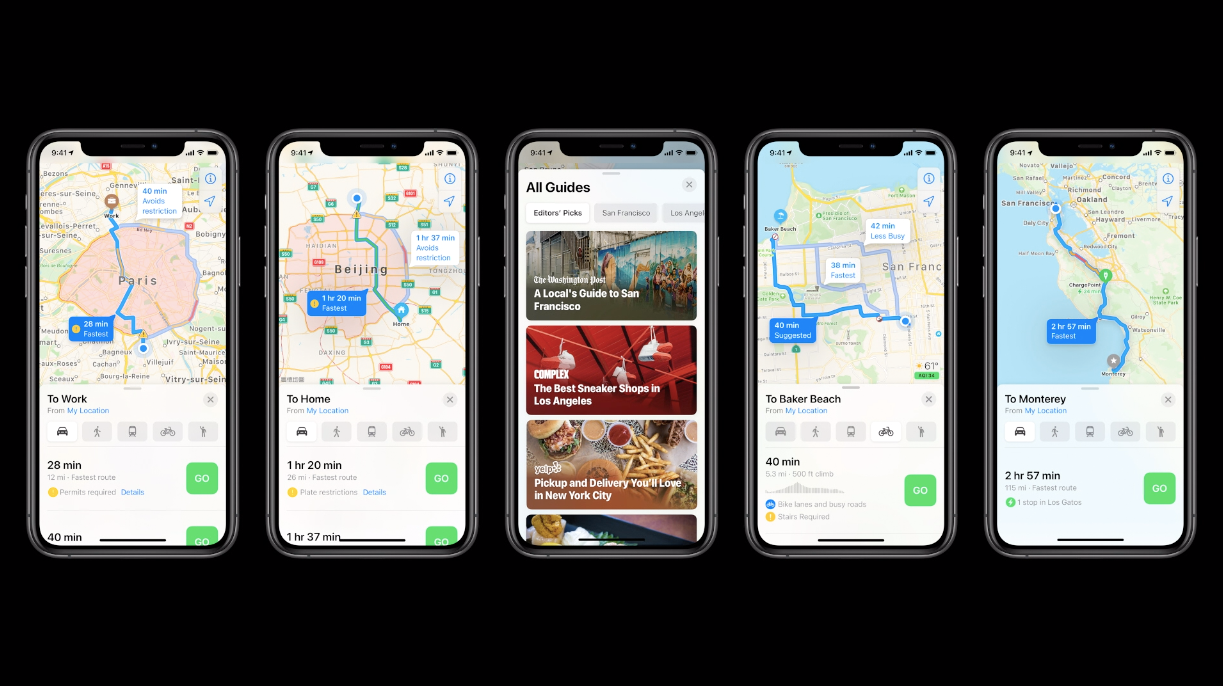 In addition to getting more detailed info and coverage for folks outside the US, Apple is also updating the Maps app with new cycling routes, EV charging info, and whole range of new guides covering points of interest, hot shopping stops, and the best restaurants in specific area.

Users will also be able to customise guides and add their favourites to the existing list of suggestions, and when new places get added by Apple, that info will automatically update in your customised guide as well. 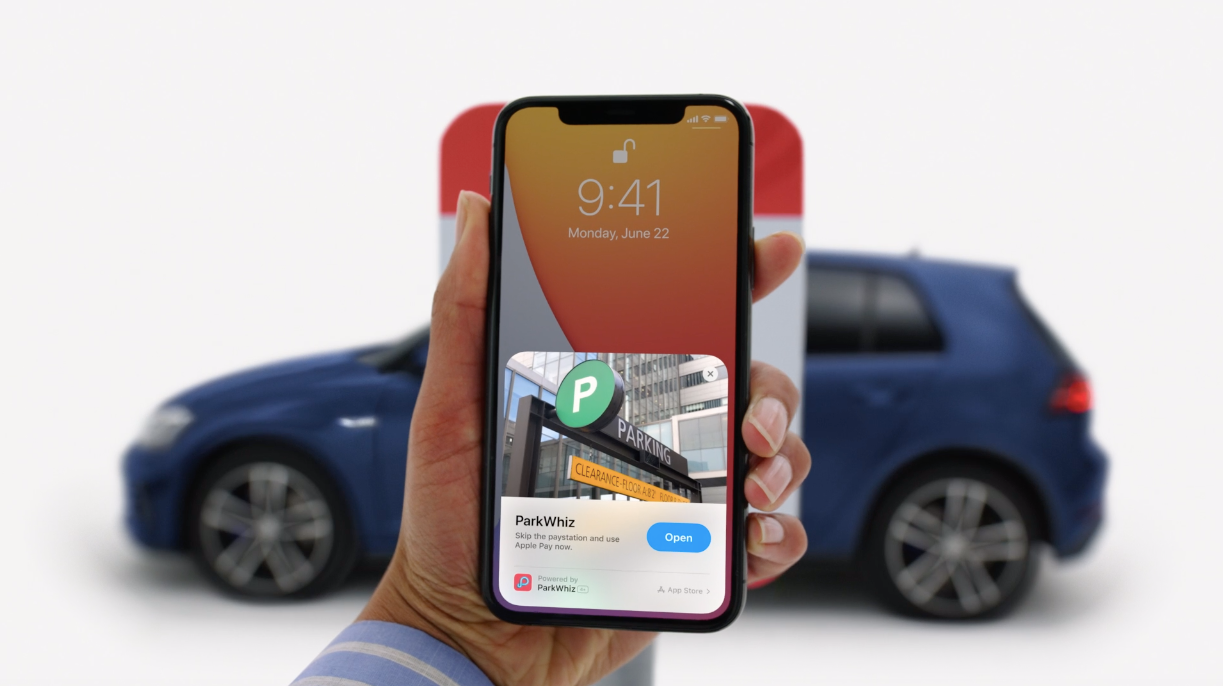 Finally, to help speed up things like paying for a parking spot, Apple is introducing App Clips, which is a way of accessing small snippets of an app without having to download and install a full app from the App Store. App Clips can be accessed either through the App Library, or summoned using special QR codes or NFC tags, and like Instant apps on Android, don’t need to have a permanent home in your phone.