TCL makes everything from air conditioners to soundbars to washing machines to cheap TVs. When it comes to phones, though, it doesn’t have the same kind of draw or recognition as other electronics giants like Apple or Samsung. But at the same time, TCL does have a lot of experience when it comes to phones thanks to managing brands including Alcatel, Palm, and even the last few generations of Blackberry phones (until TCL and Blackberry parted ways earlier this year). And on the new £400 TCL 10 Pro, TCL is taking the same approach it’s used on its beloved cheap TVs, resulting in what might be the most feature-packed handset in its price range, and possibly one of the best phone deals you can get right now.

Having said all that, I admit TCL hasn’t done itself any favours with the 10 Pro’s looks, because while the phone sports a premium-feeling design thanks to TCL’s use of metal and smooth, curvy glass, the phone ends up looking a lot like a Galaxy S10 knock-off. For a £400 phone, that’s actually a compliment.

When you take a closer look, you start to notice clever little design tweaks like the phone’s totally flush rear cameras and the smoky matte finish on the glass in back. (There’s also a dark green model that looks even better than our grey review unit.) And while some people have remarked that the 10 Pro’s metal sides can feel a bit sharp, I find that where the phone’s metal band meets its glass back creates an edge that makes the phone a bit easier to grip.

What is it?: A 6.4-inch mid-range phone with a more premium feel

But where the TCL 10 Pro really impresses are all the little components and features that you normally don’t get on a phone this cheap. Not only does the 10 Pro come with an in-display fingerprint reader, but it also features a built-in IR blaster (something you don’t even get on most £1,000 flagships today), a big 6.47-inch AMOLED display (which produces vivid colours and deep blacks), a microSD card slot, and even a good ol' headphone jack. TCL even tossed in an old-school notification light and the ability to reverse charge other gadgets by simply plugging in a USB-C cable.

Also, for anyone worried about protecting the phone, the 10 Pro comes with a clear plastic case in the box. The only things people might want that the 10 Pro doesn’t offer are Qi wireless charging and an official IP rating for water resistance, but considering the phone’s price, I think those are very reasonable omissions. 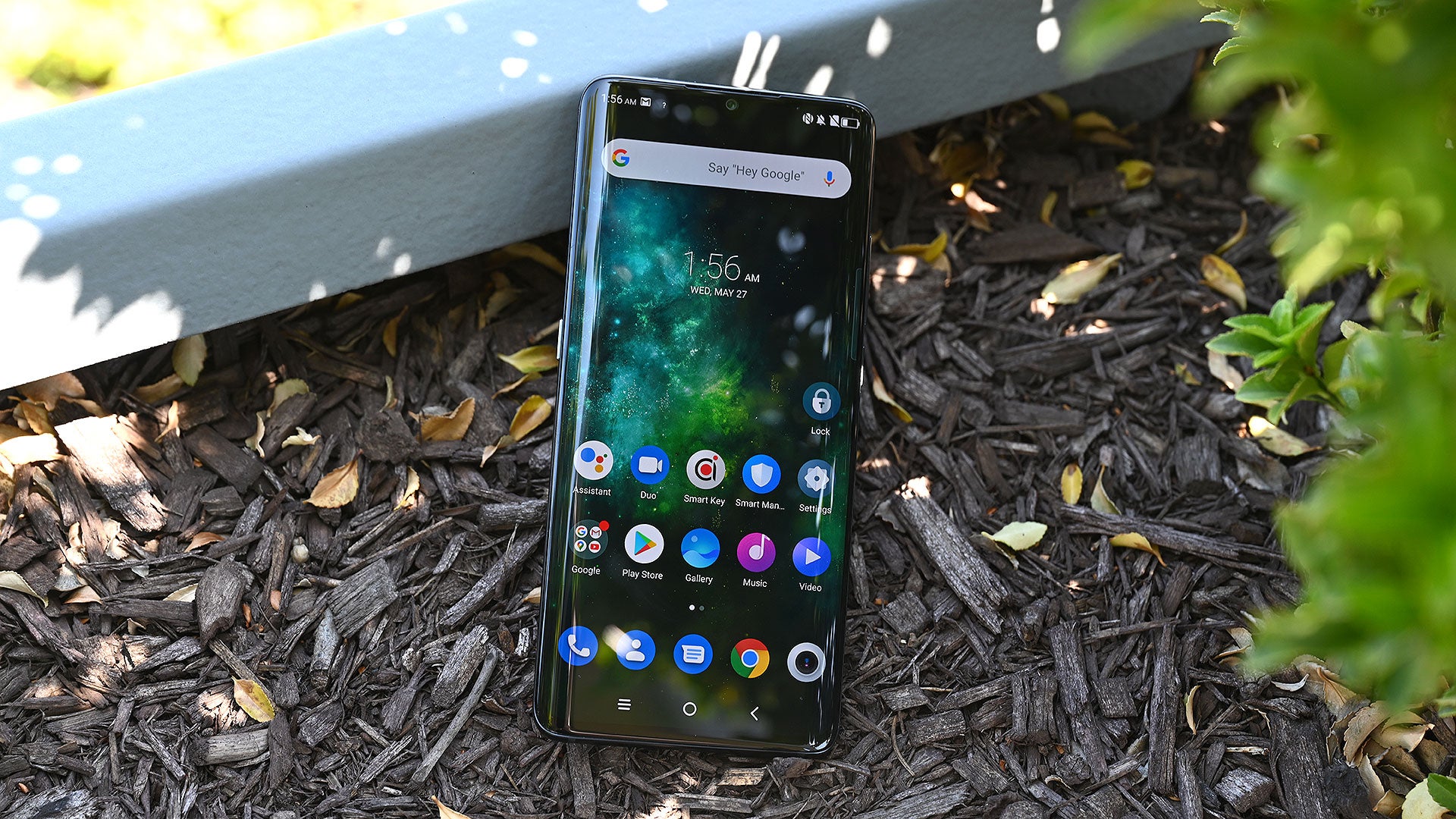 The TCL 10 Pro is quite pretty for a £400 phone. (Photo: Sam Rutherford/Gizmodo)

On the inside, the 10 Pro’s specs look good too, with the phone sporting a Qualcomm Snapdragon 675 chip, 6GB of RAM, and 128GB of base storage. Sure, these components won’t blow anyone away with sky high benchmark numbers, but in normal use, the phone is surprisingly smooth and doesn’t suffer from the kind of stutters and hiccups you often encounter on a lot of budget and mid-range devices. And thanks to its sizeable 4,500 mAh battery, the 10 Pro performed admirably during our video rundown test, turning in a battery life of 13 hours flat. That’s 20 minutes more than what we got from the Pixel 4 XL (12:36) and the same as what we saw on the iPhone 11 Pro. Not bad at all.

TCL has also kept the 10 Pro’s build of Android 10 relatively clean, which means switching over isn’t quite as jarring as it might be when compared to a lot of the more heavily-skinned Chinese handsets. I also have to give props to TCL for including handy little apps like Smart Key. It's super easy to customise the 10 Pro’s programmable button, which sits on the left side of the device. Meanwhile, the only things you can really classify as bloat are the pre-installed Facebook and Netflix apps.

Around back, the 10 Pro also sports a total of four cameras, which is more than what most phones twice its price get: there’s a big 64-MP main cam, a 16-MP ultra-wide cam, a 5-MP macro cam, and a 2-MP depth cam for helping out with bokeh and various portrait mode effects. Now I’m not going to say that the 10 Pro can match something like an iPhone or even a Pixel 3a in pure image quality, but compared to the £600 OnePlus 8, the 10 Pro more than holds its own. In both bright and low-light environments, the 10 Pro regularly captured photos that were brighter, sharper, and more colourful than the OnePlus 8. The 10 Pro’s only major issue is inconsistency with its white balance, which causes the phone to produce pics with overly warm colour casts that accentuate yellow, orange, and red tones.

Honestly, in a lot of ways, the 10 Pro’s biggest problem seems to be TCL’s inferiority complex, which makes it feel like the phone is trying extra hard to be noticed. You can see this in things like the automatic watermark on the 10 Pro’s camera app, which is turned on by default and something I failed to notice until after I had shot all my test photos. It’s been years since the whole “Shot on X phone” trend meant anything, and while you can disable the watermark in settings, it never should have been turned on in the first place.

Unfortunately, while the 10 Pro’s pic is sharper, it went overboard on the colour saturation resulting in a weirdly orange looking pineapple.

Again, you can see where the 10 Pro went too heavy on the yellows and oranges. (Photo: Sam Rutherford/Gizmodo)

Meanwhile, in this low light show, the 10 goes too heavy on the blues. (Photo: Sam Rutherford/Gizmodo)

Furthermore, because of its experience making TV displays, TCL is trying to push its NXTVISION platform using a pre-installed app that allows you to change colour modes, enhance standard def content for playback on the 10 Pro’s display, and a couple other visual enhancements. And while playing around with the settings in the NXTVISION app does have a subtle effect on your viewing experience, it’s not exactly the mind blowing upgrade people might be expecting. Instead, I wish TCL spent less time trying to push its corporate synergy and invested a bit more effort into things like allowing the phone’s earpiece to also double as a second speaker so that the phone could deliver richer stereo audio instead of the one-sided mono sound it actually has.

Still, if you can get past the small amount of crowing and chest puffing, the 10 Pro is just a simple, well-built phone with a big bag of tools at a really good price, which is all people actually want from a good mid-range device. The sad thing is that even after all of this, a lot of people are still going to sleep on the TCL 10 Pro, which is a shame, because just like its cheap TVs, this thing feels like a steal. 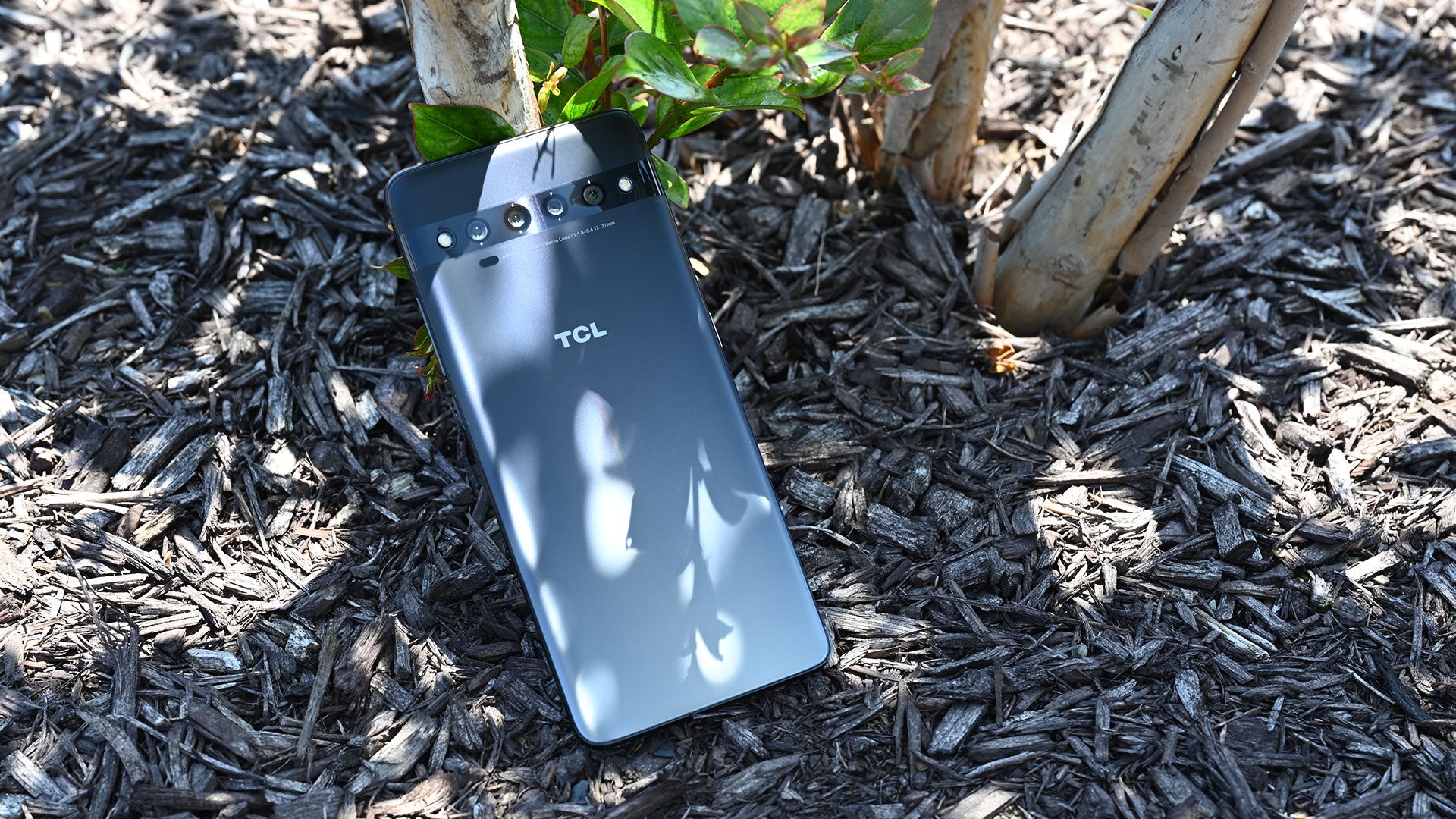