It’s a very different year for Apple’s Worldwide Developers Conference, and not only because it’s all taking place online. We’re finally starting to see the company’s mobile operating systems overshadowing its desktop software, and in addition to bringing more mobile apps to its computers, we’re starting to see the aesthetic influences of iOS and iPad reaching macOS with the new 10.16 upgrade: Big Sur.

Apple continues to embrace its geographical roots with macOS 10.16 being officially named Big Sur after one of California’s many picturesque destination spots. 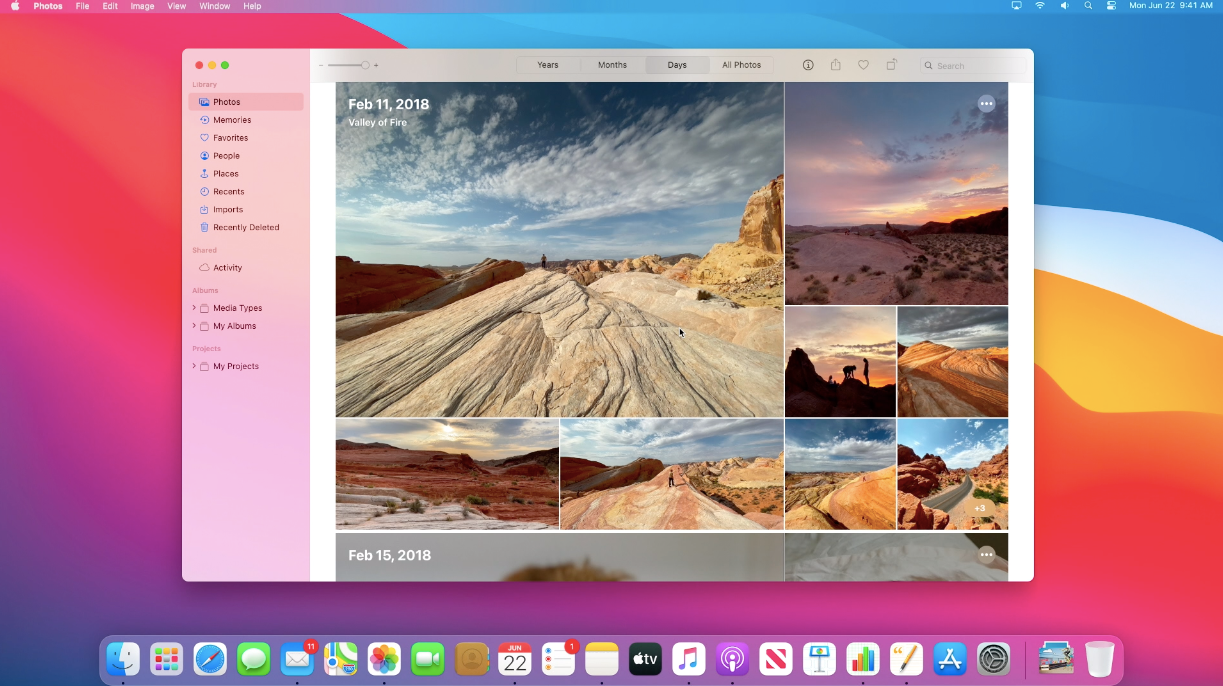 Every iteration of macOS includes improvements to the look and feel of the software, but for 10.16 Apple appears to be radically tweaking everything from app icons, to the transparency of windows, menus, and title bars, to even the size of drop down menus to help fit more options on screen at once. The macOS Big Sur dock now looks a lot more like the recently added dock on iOS and iPadOS, and Finder features a facelift that makes it more inline with the appearance of the Files app on Apple’s mobile operating systems. Even Control Centre, the all-in-one quick menu for accessing various settings in iOS and iPadOS is being brought to macOS 10.16. 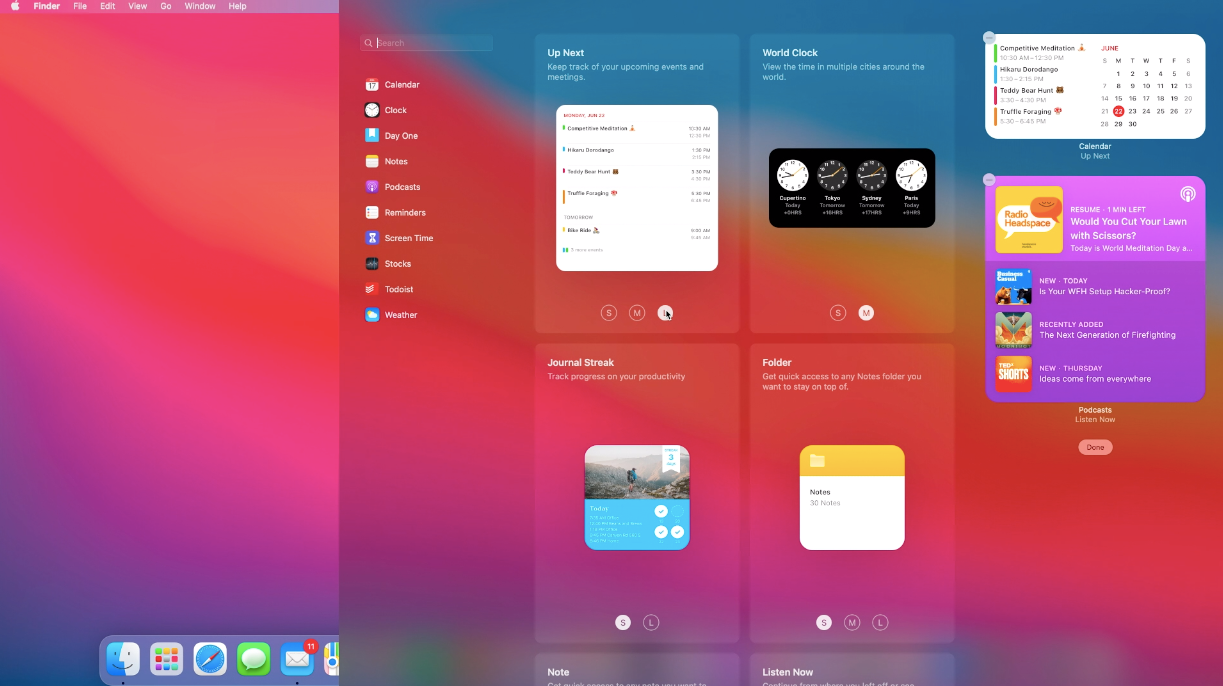 Big Sur’s Notification Centre will also be gaining some of the new features announced for iOS and iPadOS 14 today, including interactive notifications that provide more information, as well as customisable widgets that come in different sizes depending on what information is most important to you. 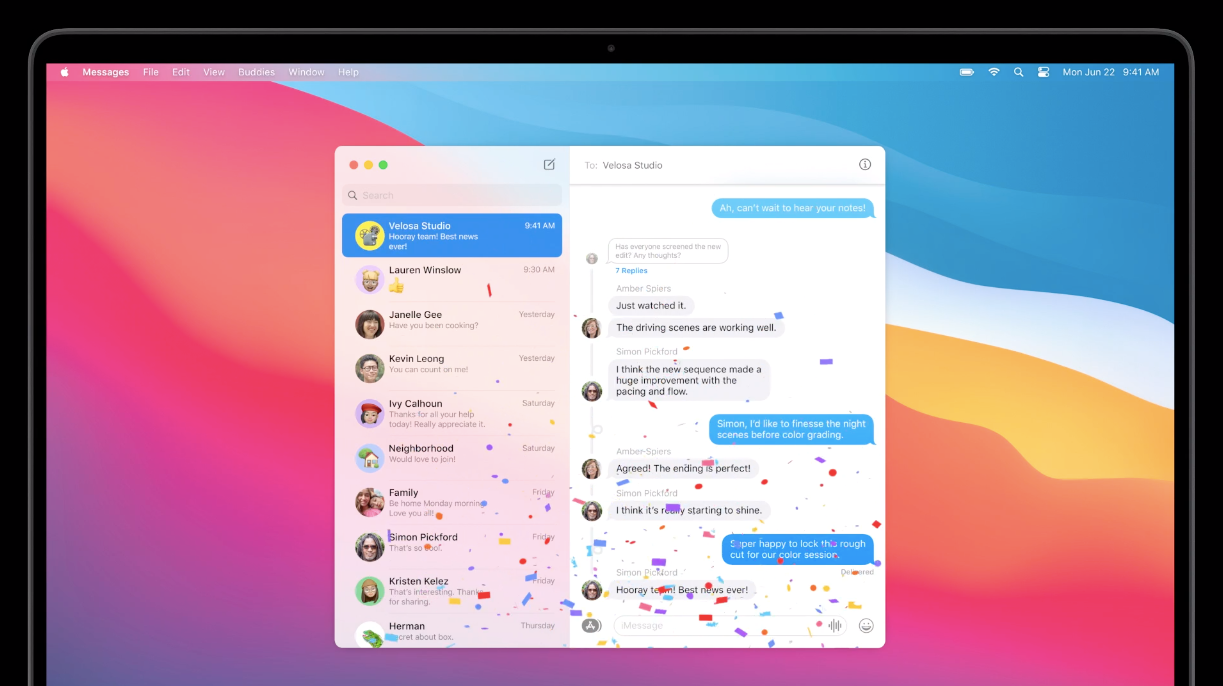 With macOS Catalina, Apple officially made its universal app framework, known as Project Catalyst, available to all third-party app makers, making it easy for UIKit developers to create apps that would work on iPhones, iPads, and Mac computers. The earliest examples saw Apple porting mobile apps like Voice Memos and Podcasts to the desktop, but for macOS 10.16 that will now include the more robust and feature-rich iMessage that the iPhone and iPad rely on. macOS’ Messages, which has been feeling dated in recent years compared to its mobile counterparts, is finally getting Memoji creation and editing, and there’s a new photo picker and search function, and the various animations your parents won’t stop using. The new version of Messages will also get some of iOS and iPadOS’ recently updated upgrades, including pinning your favourite conversations to the top of the list, and syncing them all across all devices. 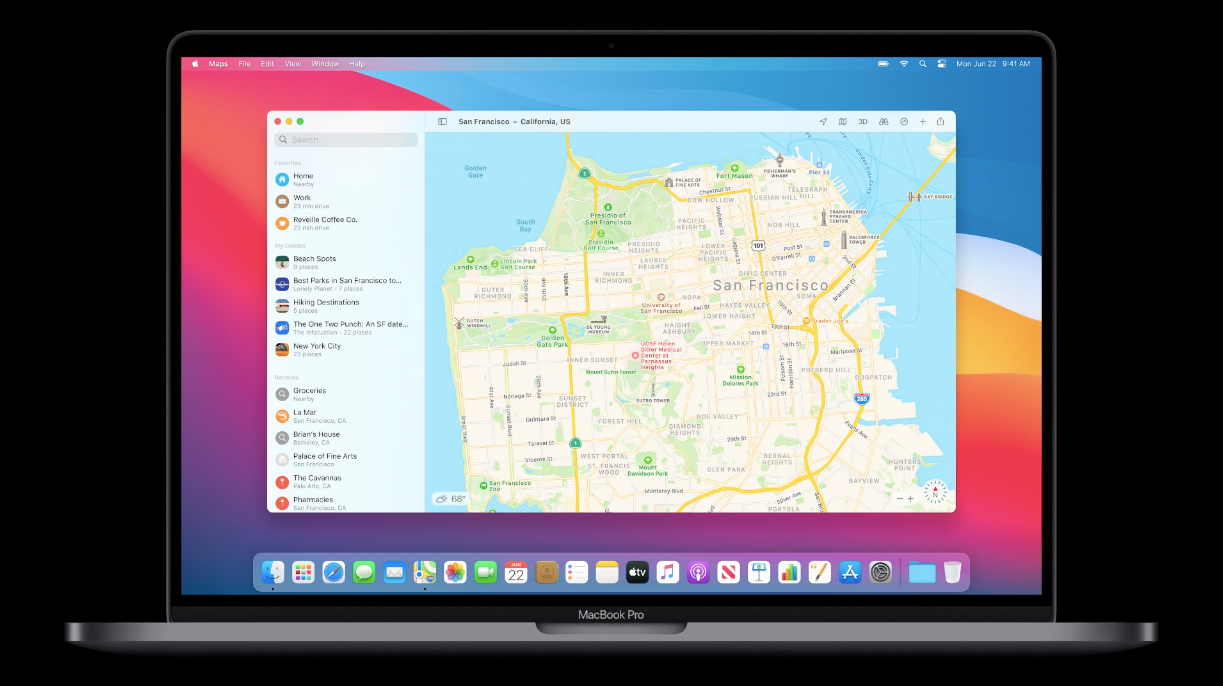 macOS’ Maps is also getting a big facelift courtesy of Catalyst, with an upgrade that makes it look and function more like the more robust versions currently available on the iPad and iOS, and will soon include route planning for cyclists, and those driving electric cars, including customised routes that include nearby compatible charging stations. 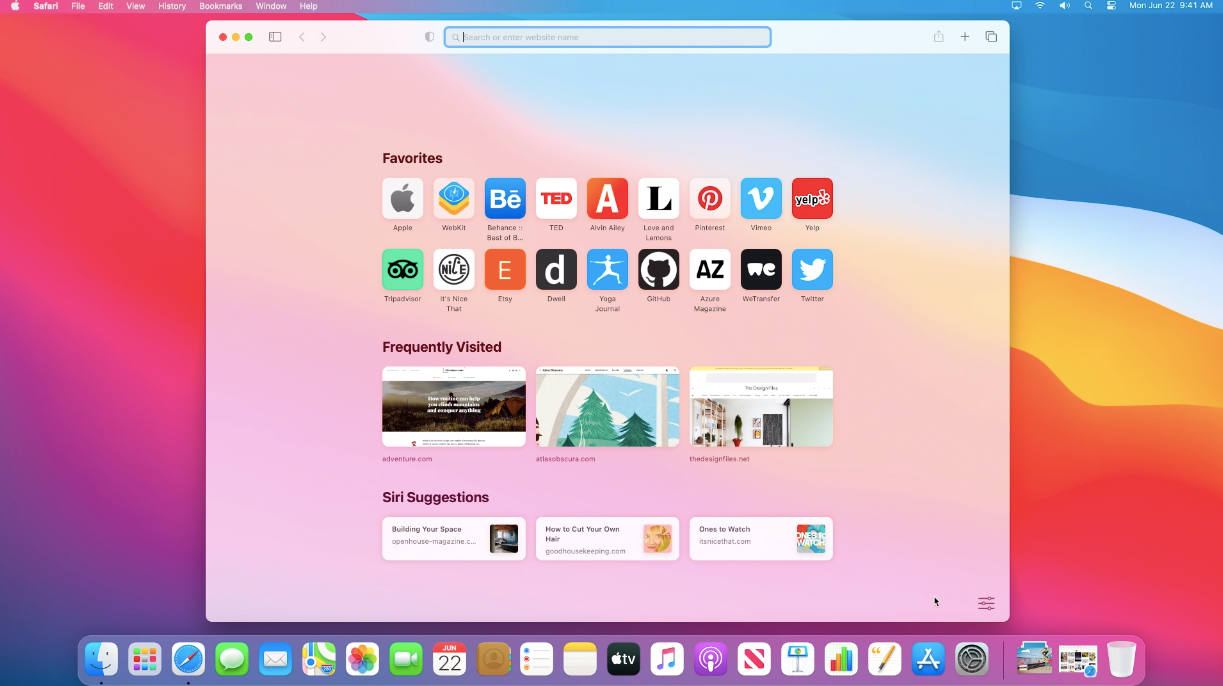 Apple claims the new Big Sur version of Safari will be the biggest update to the browser since it was introduced, with improved Javascript performance that Apple claims makes it at least 50% faster than Chrome, with better power usage so it’s less of a battery drain. The company is also continuing to beat the privacy drum with Safari with a new privacy report button that details how a site is tracking the user, and improvements made to password storing including notifications if a password or login has been potentially compromised in a data breach.

Borrowing from Chrome and other browsers, the new Safari is also gaining native page translation, and extensions, which will be made available for download through the Mac App Store, and can be limited for specific amounts of time, or to specific websites. For those who quickly find themselves mired in hundreds of tabs, the new version of Safari will finally display proper full-colour favicons so it’s easy to tell them apart, and hovering over a tab will pop-up a preview window before actually clicking and switching over to it.