3D TVs Didn't Die, They Just Ended Up in Cars

After dominating trade shows for years as the next big thing in home entertainment, 3D TVs seemingly completely disappeared overnight, replaced by technologies like OLED that are a genuine improvement on the television experience. Where all those gimmicky screens actually went was a mystery, though – until today, when Mercedes-Benz revealed that 3D screens will be part of the infotainment system in the 2021 Mercedes-Benz S-Class.

It’s part of a major overhaul of the Mercedes-Benz User Experience, or MBUX, which includes a long list of features that drivers and passengers will actually benefit from in a modern vehicle. Features include biometric voice and fingerprint recognition so occupants can easily bring up pre-configured settings and profiles or make authorised online purchases; driver monitoring to ensure they never get drowsy behind the wheel; low-power OLED displays; content like videos that can be easily shared between screens available at every seat; and even smartphone integration so you can preheat the oven or turn on the heating before you pull into the driveway. Also.... a 3D screen for the driver? 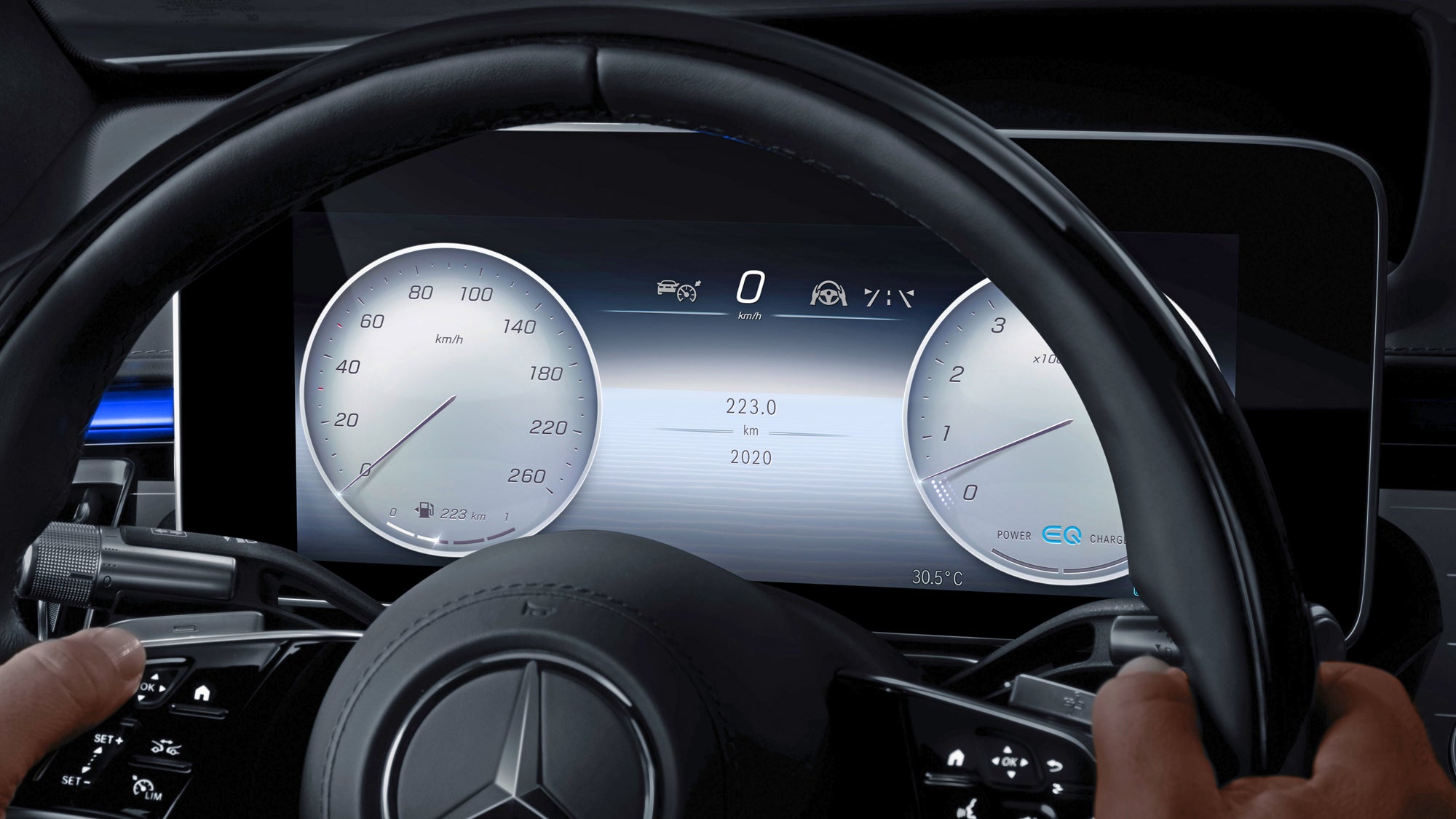 Are these dials somehow easier to read when they appear to be jumping out at you? (Photo: Mercedes-Benz)

One of the many reasons 3D TVs failed was that the technology required viewers to wear special glasses to actually see the simulated depth effect. The only glasses-free 3D product that can be considered a success was the Nintendo 3DS. Instead of forcing drivers to wrangle 3D glasses, Mercedes-Benz is using similar 3D screen technology to what Nintendo went with. The driver’s instrument panel is a “conventional LCD display with a special pixel structure” paired with an LCD grill that ensures each of the driver’s eyes sees a different image from the LCD display. Like with the upgraded version of the 3DS, a camera tracks the position of the driver’s eyes and head and automatically adjusts the LCD panels so that the depth effect isn’t limited to a specific sweet spot.

Most importantly, the 3D dashboard effect is optional, and can be turned off when drivers don’t want to be distracted by a speedometer appearing to leap toward them – which, really, should be any time they’re behind the wheel and focused on the road.

What’s most confusing is that before digital displays started showing up in vehicles, traditional analog dashboard instrumentation didn’t have much depth to it. Maybe there was a slight shadow under the RPM and MPH needles on a sunny day, but that can be easily replicated on two-dimensional screen graphics through software. Why Mercedes-Benz feels 3D screens are a necessary part of the future driving experience remains to be seen, but it probably has something to do with the S-Class’s price tag starting at just shy of £75,000. A luxury vehicle needs to come with luxury features, no matter how pointless they may seem.