If you’ve ever shopped for office furniture, you’ve undoubtedly drooled over Herman Miller’s fancy chairs, and then turned away in disappointment at their Dyson-like pricing. Still a staple of well-funded startups, the furniture maker now assumes that gamers who’ve already spent thousands on a spec’d-out PC are happy to spend just as much on a chair, desk, and monitor arm too.

Today the formerly announced partnership between Logitech and Herman Miller came to fruition as the company revealed a new collection of gaming-focused furniture, with a new tricked-out chair leading the charge – except the chair isn’t actually that new. The Herman Miller X Logitech G Embody Gaming Chair is nearly identical to the Herman Miller Embody office chairs, but with an added layer of cooling foam “to better support your posture while you play” (and to minimise how much you sweat during a round of Fortnite). The most notable differences are added Logitech G branding and a new colourway. 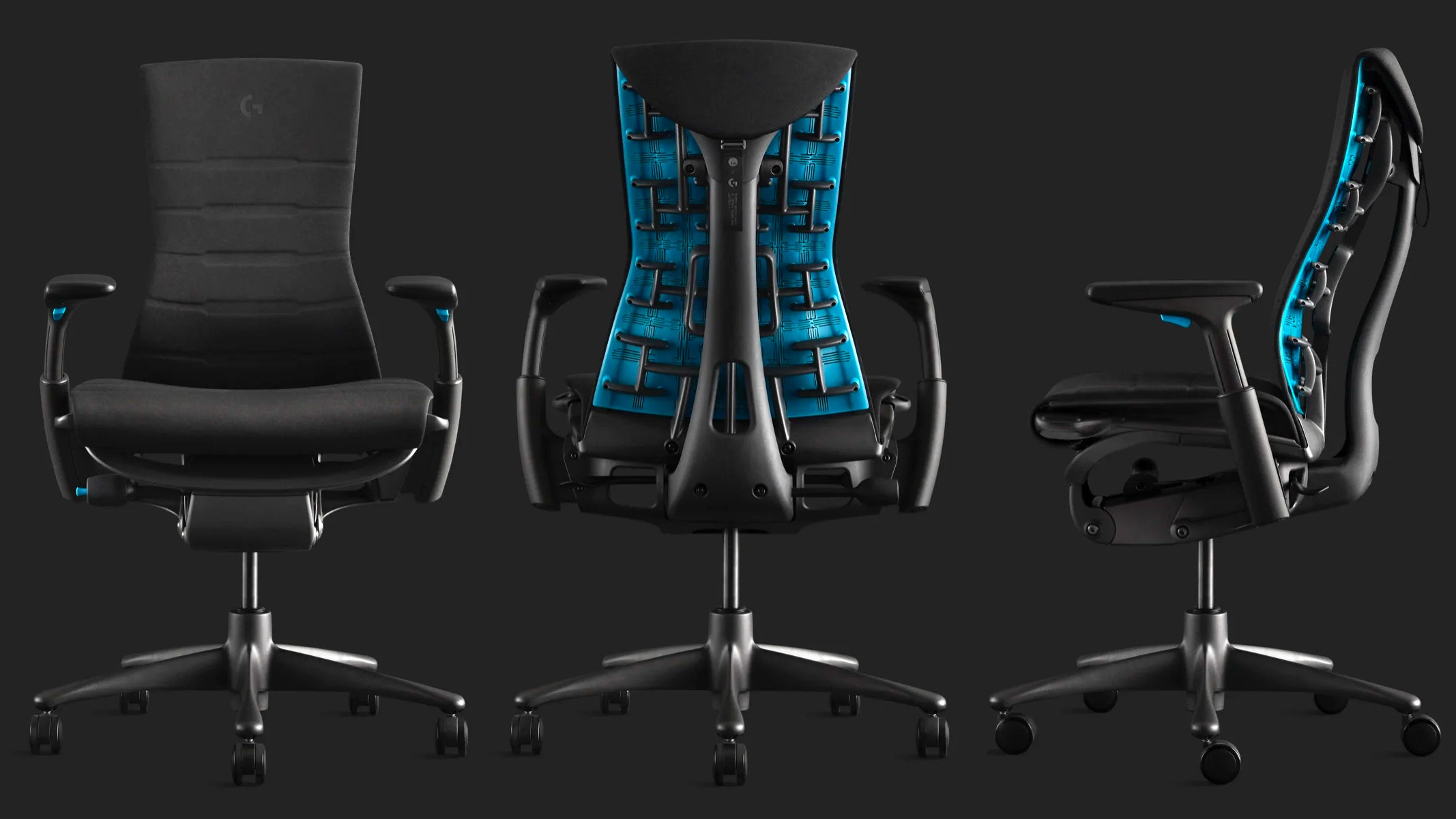 It doesn’t seem like Herman Miller did that much to customise the chair for gamers, despite an FAQ on the site explaining that Logitech G “helped inform product updates and collaborated with Herman Miller’s engineers on the enhancements to our products.” Hrmm, okay. With a price tag of £1,195, the chair is a pricey upgrade, but it does look considerably better than most gaming chairs, which often appear as if they were yanked straight out of a race car. You stopped sleeping in a race car bed a decade ago (hopefully), so maybe it’s time you stopped gaming in a race car chair too?

Joining the Embody Gaming Chair is the Herman Miller Nevi Gaming Desk, a £995 motorised standing desk that can support up to 200 pounds of gaming gear. It boasts a matte finish that makes fingerprints and grease stains less obvious, but other than a glowing button for raising and lowering the desk, it’s hard to see why you wouldn’t instead opt for Ikea’s motorised Bekant standing desk and save yourself over £500 in the process.

Rounding out the collaboration collection is the Herman Miller Ollin Monitor Arm which, at £175, is also priced much more than competing products that also offer cable management and the ability to support a monitor up to 20 pounds in weight. There’s little doubt these accessories are well-designed, well-built, and comfortable, but if you’re looking to maximise the enjoyment you get from gaming, you’re probably better off sticking with competitors’ products and using all the money you save to continue to upgrade your PC, your screen, and the quality of your snacks.