This week, Konami, owner of multiple sports clubs, maker of pachinko machines, and occasional developer of video games decided that instead of putting out a real update to PES that it would dive into the world of PC gaming with a new line of esports-focused hardware.

Consisting of three budget/mid-range Windows desktops, two keyboards, and a pair of wired headphones (with no built-in mic), Konami’s new ARESPEAR line (which stands for Advanced Revolution of Esports) sort of exemplifies the current state of Konami’s business. Instead of creating something original or unique, the ARESPEAR lineup appears to be a half-hearted effort to diversify its business and cash in on a trend by cribbing off the designs of competitors.

What’s potentially even more frustrating is that every device in the ARESPEAR line appears to be wildly overpriced. While it’s quite possible that things like exchange rates and taxes are responsible for some of ARESPEAR’s inflated pricing, it’s hard to imagine anyone seeing these products as a good deal.

For 184,000 yen (or around £1,326), Konami’s least expensive desktop PC – the ARESPEAR C300 – comes with Windows 10 Home, a 9th-gen Intel Core i5 9400F processor, 8GB of RAM, 512GB PCie SSD, and a Nvidia GTX 1650. That’s more than double the price of this Lenovo IdeaCentre desktop I found on Rakuten (which was literally the first search result for “gaming pc”) that has the same CPU, same amount of RAM, and same GTX 1650 graphics card as the ARESPEAR c300, but with a slightly smaller 256GB SSD (though the Lenovo does come with a 1TB HDD for extra storage). I’d argue that the Lenovo even has a nicer looking case too.

Meanwhile, for a whopping 338,000 yen (around $3,200), the top-of-the-line ARESPEAR C700+ features an Intel i7-9700 CPU, 16GB of RAM, 512GB SSD, 1TB HDD, and an RTX 2070 Super GPU. The inclusion of water-cooling on the C700+ is a nice touch, I suppose, but Konami’s flagship desktop also comes with a case that looks like it was created by someone who saw Apple’s Mac Pro desktop and then tried to emulate that design while making it look more gamer-y by adding a see-through side window and blue lighting.

Sadly, Konami’s ARESPEAR keyboards and headphones don’t do much better when it comes to delivering value, with both the full-size K100F and tenkeyless K100L priced at 32,780 yen (around £236) for a rather plain keyboard with Realforce switches and a hint of cool blue lighting. 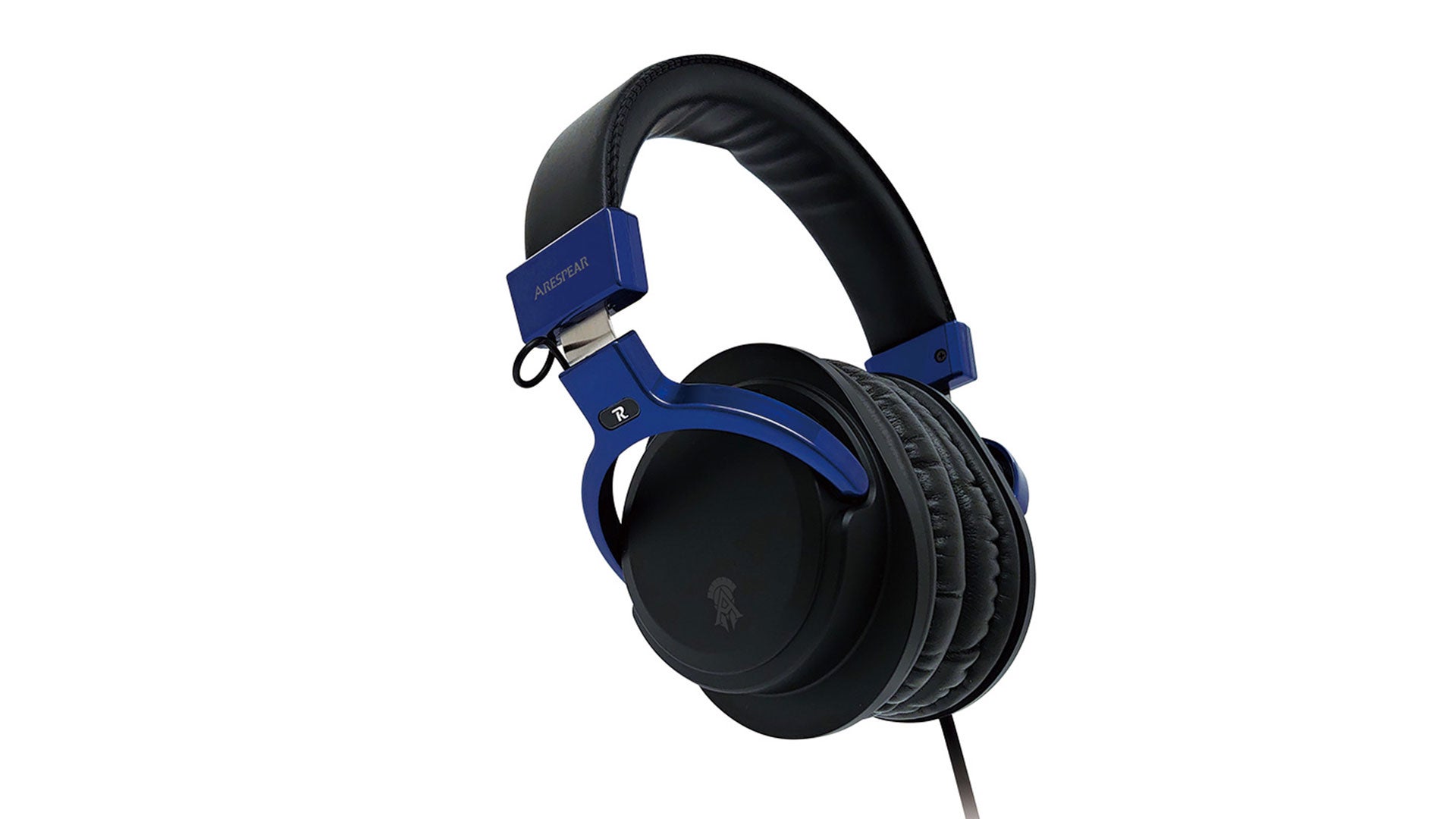 Do these look like they should cost over £140? (Photo: Konami)

Finally, there are the ARESPEAR H100 headphones – which look an awful lot like a pair of knock-off Audio Technica cans – that feature 45mm drivers, in-line volume controls, and multiple sets of ear cups for 19,580 yen (around £143).

In some ways, it’s nice to see that PC gaming is popular enough in Japan to warrant Konami throwing its hat into the ring, but it’s hard to see the appeal of the ARESPEAR line for anyone whose not a fully committed Konami die-hard. But if for some reason you still want to pick up some Konami gaming gear, you better get yourself to Japan, because it’s highly unlikely this stuff ever makes its way overseas.