Despite its flaws, I thought the Galaxy Fold was so innovative it was worthy of being named the most important phone of 2019. But now, some new leaked renders of Samsung’s next-gen foldable have appeared depicting a phone featuring some major upgrades that address many of its predecessor’s shortcomings.

In advance of the Galaxy Z Fold 2's expected official announcement next week at Samsung’s Galaxy Unpacked event on August 5, MySmartPrice has published a number of high-res product renders that have given us the clearest look yet at Samsung’s next foldable phone. The outlet didn’t give an explanation of the renders’ provenance beyond the statement that they come from a “trusted source.”

The biggest physical change on the Galaxy Z Fold 2 5G (which is a real mouthful of a name) is the addition of a much larger 6.23-inch cover screen on the outside of the device. That’s a huge upgrade from the 4.6-inch cover screen on the original Galaxy Fold, which was intended to allow users to do things like quickly respond to texts, check emails, or look up an address on a map without needing to open the phone to access the larger foldable screen inside. 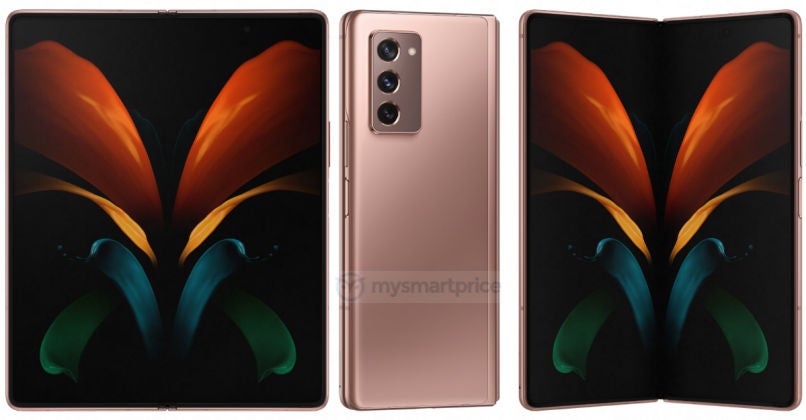 Unfortunately, because the original Galaxy Fold’s cover screen was so small, there was little room to stash apps on the phone’s home screen, while typing on a virtual keyboard confined to a screen that small was an exercise in frustration. However, by extending the Z Fold 2's cover screen to take up almost the entire front of the phone, it looks like Samsung has addressed one of the original Fold’s biggest cons.

Meanwhile, on the inside of the phone, not only do the renders show a slightly larger 7.7-inch foldable display (up from 7.3-inches on the original Fold), you can also see that Samsung has eliminated the notch that held the original Fold’s selfie cameras. Samsung’s previous decision to use a notch on the original Fold always struck me as a weird choice because after the company produced multiple ads mocking other phones that featured a notch (most notably the iPhone X), the Fold was actually Samsung’s first major phone to feature a notched display.

If there is a new color for Galaxy Z Fold2 in the future, which one do you want to add, is it green, red, or pink? pic.twitter.com/mr0x73Eqzs

Instead, while it’s hard to see from MySmartPrice’s leaked renders, based on other images recently posted by noted leaker Ice Universe, for the Z Fold 2 it appears Samsung is going with a small hole punch selfie camera which should take up much less space while also being a much less in-your-face visual distraction. So that’s another weakness of the original Fold solved.

Finally, the leaked renders show significantly smaller bezels surrounding the Z Fold 2's flexible display. This is very significant for a few reasons. The first is that after some reviewers “accidentally” peeled off part of the original Fold’s display after mistaking Samsung’s protective polymer film (which is an integral part of its flexible screen) as a simple screen protector, Samsung had to pull the phone from the market in order to add a thick plastic bezel around the outside of the Fold that blocked users from seeing the edge of the polymer film. But on the Z Fold 2, it appears Samsung has figured out a different method for hiding the edges of the screen while trying to maximise both durability and usable screen real estate. 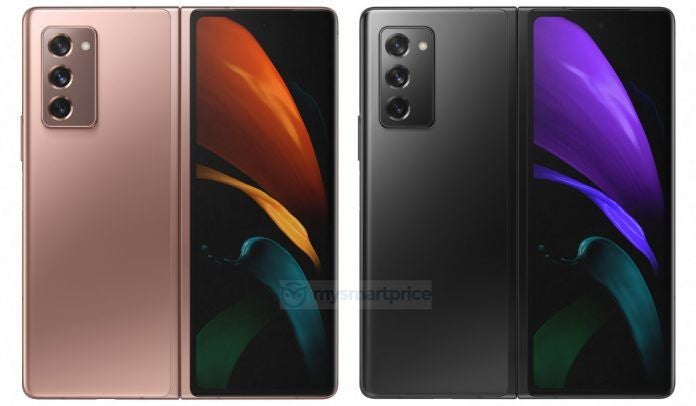 Sadly, the leaked images don’t contain a lot of info about the Z Fold 2's size and weight, which is important because while the original Fold was tolerable to carry around, it was a bit too heavy and chunky for something that was supposed to be a mobile device.

On the inside, the Galaxy Z Fold 2 is expected to feature one of Qualcomm’s current flagship processors (probably the Snapdragon 865+, although we'll probably get the Exynos here), along with up to 512GB of storage, triple rear cameras, and full 5G compatibility. The one big remaining downer is that with the Z Fold 2 also expected to cost just shy of £2,000 (just like the original Fold), it seems like Samsung isn’t concerned about making its flagship foldable more affordable.

Including the Galaxy Z Fold 2, Samsung is up to a total of five new devices, which is a lot more than what it typically releases during its bi-annual Unpacked showcases. But with Covid-19 having already forced the cancellation of a number of big tradeshows, it probably makes more sense for Samsung to have one big event instead of a number of smaller announcements.

Either way, next week is sure to be jam-packed with new debuts, so check back to Gizmodo on August 5 for more coverage of Samsung’s Galaxy Unpacked event.