A couple months ago, rumours started to swirl about an upcoming Lenovo gaming phone with a funky side-mounted pop-up cam, and now based on a listing on JD.com, it seems those rumours were true.

In the listing first noticed by 91mobiles, the Lenovo Legion Gaming Phone Pro looks to feature some serious hardware including Qualcomm’s latest Snapdragon 865+ processor, which offers boosted clock speeds said to deliver 10% faster performance than a standard Snapdragon 865 chip. Lenovo’s gaming phone also looks to include a 6.7-inch 144Hz OLED display that would give it one of the fastest refresh rates of any phone on the market, along with at least 6GB of RAM, and 128GB of storage.

Elsewhere, the Legion phone is also expected to come with a 64-MP rear cam with a secondary 16-MP wide angle cam, an in-display fingerprint sensor, front-firing stereo speakers, and a dual linear motors that should deliver some serious haptic feedback. And while it’s hard to tell just from the photos, the Legion Phone also appears to have touch-sensitive triggers along the edge of the phone, which should come in handy for mobile shooters like Fortnite, COD Mobile, etc.

But the Legion Gaming Phone Pro’s real standout feature is its 20-MP pop-up camera, with extends out from the side of the phone instead of the top like we’ve seen on handsets like the OnePlus 7 Pro and others. Not only does that pop-up cam have a built-in fill flash to keep your face illuminated while gaming, but the position of the camera is also perfectly situated so that you can stream your reactions while gaming without the camera being in the way or potentially being blocked by your grip. Also, because the camera is centred when you hold the phone in landscape mode (as you would probably do while gaming), gamers won’t have to suffer from awkward camera angles like you would get on laptops that place their webcam below the screen. 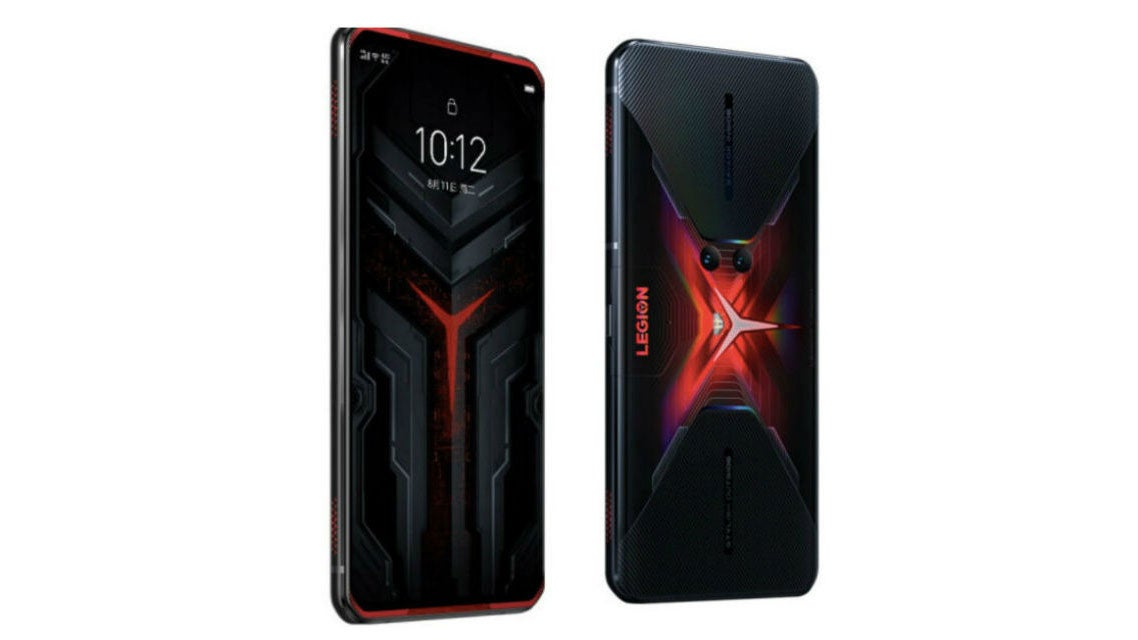 While the Legion Phone’s pop-up cam might throw some people for a loop, I would actually love to see phone makers add even more out-there design quirks like this to gaming phones. Western markets haven’t really embraced gaming phones as people have over in Asia. Heck, Razer abandoned its gaming phone line after just two generations, while many other gaming phone makers don’t bother to market or even sell their devices over here.

To me, it seems like part of the problem for gaming phones is that so many previous attempts didn’t try hard enough to include gaming-specific features, which meant a lot of people didn’t see a good reason to switch away from mainstream flagship devices.

But with features like a pop-up cam meant to help people livestream mobile games and other things like built-in fans, touch-sensitive triggers, and way more RGB lighting, it feels like gaming phones are starting to truly separate themselves from standard phone fare.

And if Sony wasn’t so focused on delivering the PS5 later this autumn, I would almost say now would be the perfect time to reboot the old Xperia Play, which when you look back now, was truly a phone ahead of its time. Imagine a device that could play all your standard mobile games, but also had a built-in controller for streaming games from your home console, PlayStation Now, or Stadia or even xCloud. Something like that might finally capitalise on the dream of being able to play your favourite games no matter where you are, regardless of platform.

Either way, with Lenovo poised to release its funky gaming phone soon and leaks suggesting Asus will announce the ROG Phone 3 next week, it looks like there’s about to be two new big and powerful gaming phones available soon.