Countless companies have tried to dethrone Sony from its noise-cancelling headphone throne, but none have succeeded. Now Razer is taking a different approach with its first pair of headphones designed for a wider consumer audience – not just gamers – by paying homage to the Queen with a look that emulates Sony’s excellent and much-loved WH-1000XM3s. You can definitely hear the difference between the two, but with a price tag that’s £130 cheaper than Sony’s, the Razer Opus is a compelling alternative.

What is it?: Razer's first wireless noise-cancelling headphones designed for music, not gaming.

Like: Incredibly comfortable with excellent sound and decent noise cancellation given the price.

Don't Like: You can't completely customise how they sound; you're limited to just five presets.

Aside from the midnight blue finish (which is the only colour option currently available, and, from my experience, just looks black most of the time) it’s actually not that easy to distinguish the Razer Opus from the Sony WH-1000XM3. 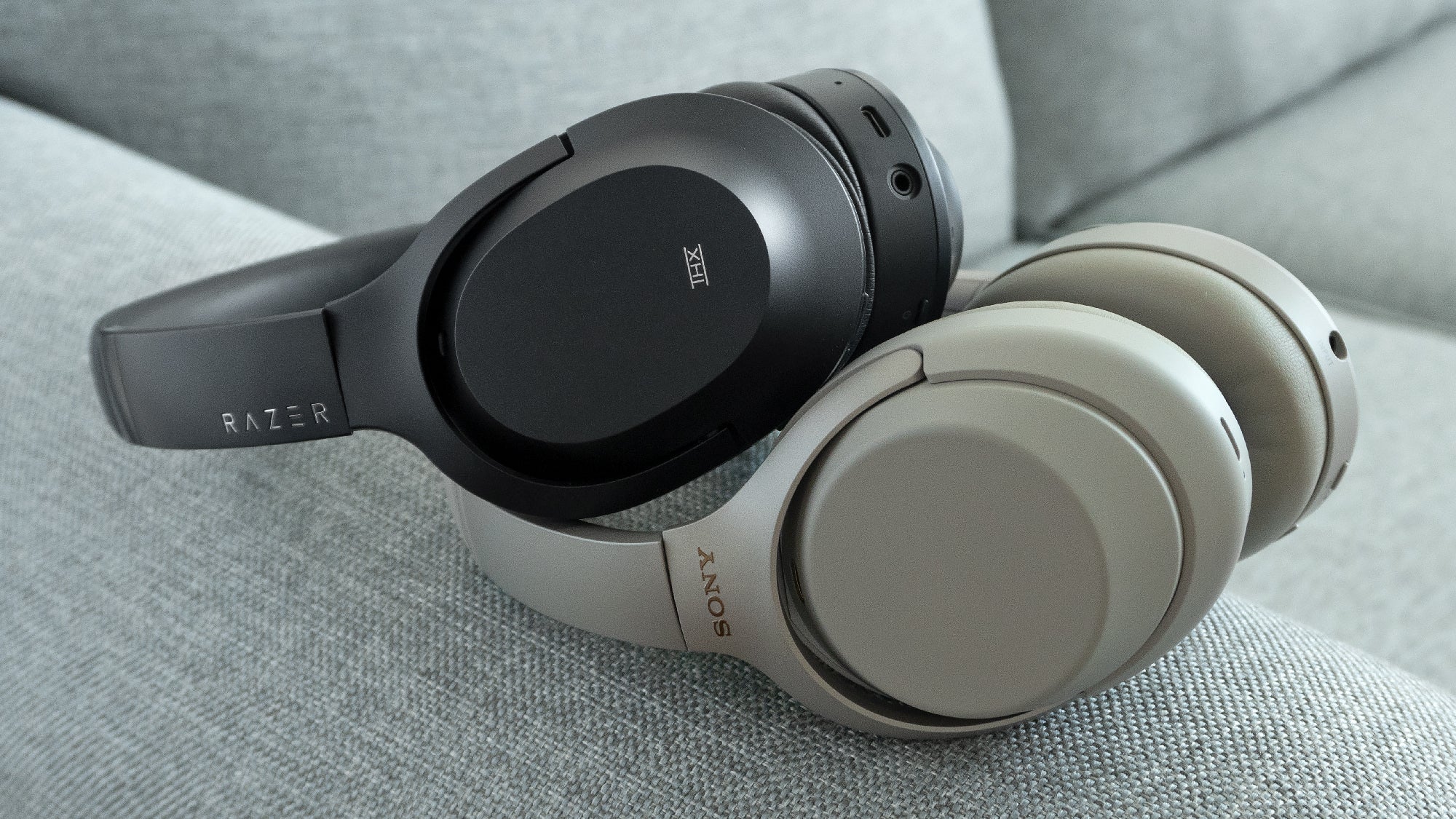 The Razer Opus (left) compared to the Sony WH-1000XM3 (right). Were it not for the branding and colour differences, it would be hard to tell the two apart. (Photo: Andrew Liszewski)

It’s a design that Sony has stuck with for a couple iterations of its flagship noise-cancelling headphones, and one that’s incredibly lightweight and comfortable, so it’s hard to fault Razer for taking notes and borrowing extensively from what is still our recommendation for anyone looking to mute the world around them. 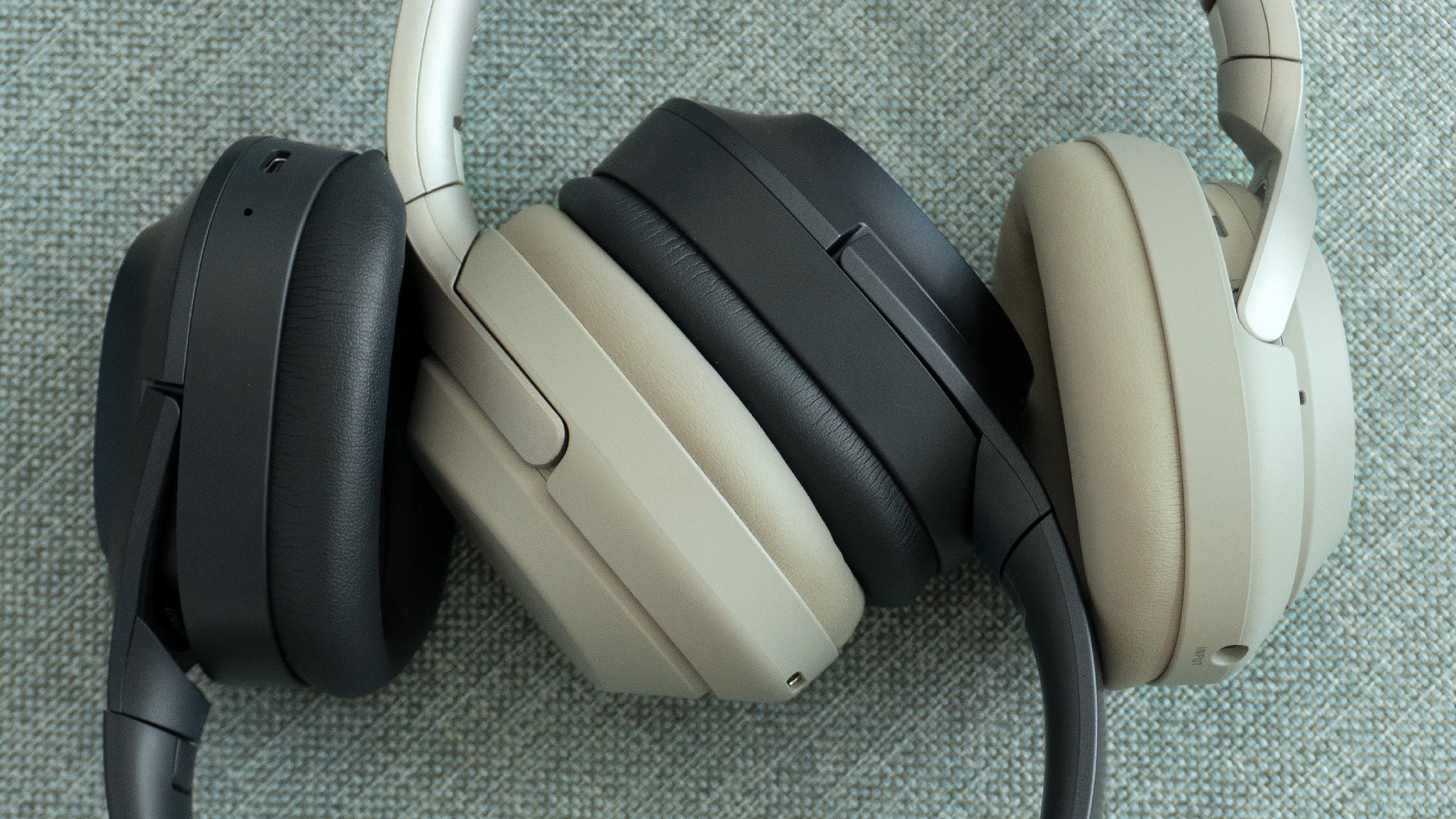 Even the ear cups on the Razer Opus and the faux leather padding are nearly identical to the Sony WH-1000XM3, but I’m not complaining because it means they’re incredibly comfortable to wear. (Photo: Andrew Liszewski)

For its first over-the-ear wireless headphones that don’t look like they came straight from a rave, it seems like Razer wasn’t interested in breaking any new ground or taking chances with the design of the Opus. Even the faux leather material used on the ear cups and the top of the headband feels identical to what you’ll find on Sony’s WH-1000XM3, but I don’t see any reason to complain, because it means that, like the Sony headphones, these are some of the most comfortable I’ve ever worn.

Instead of the touch controls used for controlling volume and playback on the Sony WH-1000XM3, the Razer Opus features a trio of buttons. (Photo: Andrew Liszewski)

Charging is handled with a USB-C connector, while a line-in port lets you connect a physical cable when Bluetooth isn’t an option. (Photo: Andrew Liszewski)

There are a few things Razer has done differently with the Opus, however, which may or may not mesh with your personal preferences. Like the Sony WH-1000XM3, the Razer Opus include a dedicated button for activating noise cancellation. On the Sony headphones, pressing that button transitions through three modes: noise cancelling on, noise cancelling off, and ambient sound boost, which allows you to better hear what’s going on around you (like someone talking) without actually having to take the headphones off. On the Opus, pressing that same button toggles noise cancelling on and off, but holding it temporarily activates the ambient sound boost until you release it. It works so much better than Sony’s approach and it makes quickly activating the “Quick Attention Mode” – as Razer calls it – much easier.

Razer also skips the touch controls that the WH-1000XM3 rely on for adjusting volume and controlling playback using swipe gestures. I actually hate Sony’s approach, and find it very unreliable compared to the simple set of three buttons found on the Razer Opus’ right ear cup. It works just like the inline remote control buttons found on almost any wired earbuds you can buy today, so you’ve probably already got the muscle memory for double clicking and triple clicking the middle button to skip or replay tracks.

So has Razer managed to actually release a pair of headphones that outperform the Sony WH-1000XM3 in every way for $150 less? Not quite. The Razer Opus do sound fantastic, as you’d expect from headphones with 40-millimetre drivers on each ear, but the sound just doesn’t quite pop and doesn’t feel as full as it does coming from the WH-1000XM3. Sony’s been churning out headphones for decades, and switching back and forth between the Opus and the WH-1000XM3, you can definitely hear the difference – but it’s a difference that a lot of consumers can probably happily live without if it means they’re saving £130.

As wonderful as Sony’s headphones sound, I would be just as happy wearing the Razers all day long, although improving the Opus’ mobile app would certainly help them better compete with the WH-1000XM3. In the Razer app, you can only select from five different equaliser presets, including a THX-tuned default which does sound the best, but letting users create their own presets and tune the headphones to their own preferences would certainly be a welcome upgrade.

The Razer Opus’ noise-cancelling capability also can’t quite match what Sony’s can do. It’s good, and definitely better than what you’ll get from noise-cancelling earbuds, given the ear cup design completely surrounds and blocks your ear, but it’s not as good as the WH-1000XM3 (which are almost two years old at this point). (Details about Sony’s next version have already been leaked, and they feature extra mics for improved noise cancelling.)

Like the Sony headphones, the Razers do a good job at effectively muting the low-end frequencies around you, like the sound of a running car or an aeroplane engine (were flying not so foolishly risky right now) but the Razers do allow in a little more of the mid to high-end frequencies, like human voices, than Sony’s version. But that’s with no music playing. When you crank your tunes, the world around you does effectively disappear – as far as your ears are concerned – with the Opus strapped to your head. Razer might not have bested Sony when it comes to how its new headphones sound and perform, but for £200 they make a strong case against paying $150 more than you really need to.