The closest images ever taken of the Sun have revealed a never-before-seen stellar phenomenon. Dubbed “campfires,” these bright spots could solve a longstanding mystery about the Sun’s scorching outer layers.

The Solar Orbiter project hasn’t officially entered into the science phase of its mission, yet it’s already producing some mind-bending results.

The probe, a collaboration between the European Space Agency and NASA, took images of the Sun during its inaugural close orbital approach, or perihelion, which happened in June. Mission controllers with the Solar Orbiter project are currently testing the machine’s 10 onboard instruments, and the spacecraft, which launched on 10 February 2020, is expected to enter into the science phase of the mission this coming autumn. 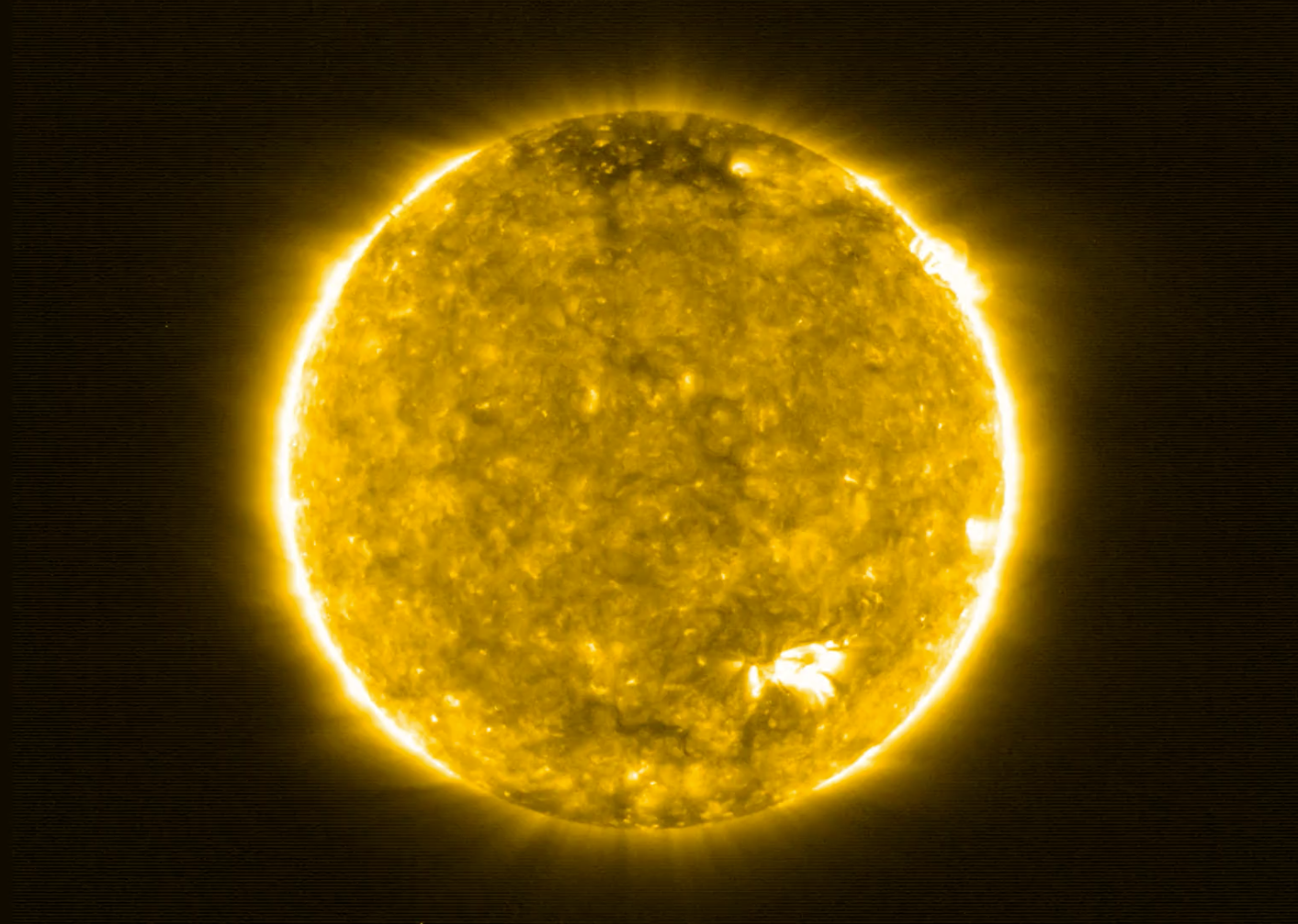 The new images, taken at a distance of 48 million miles (77 million kilometres) from the Sun, are now the nearest ever taken of our host star (this distance can also be written as 0.515 AU, or approximately halfway between Earth and the Sun). These unprecedented views of the Sun are amazing on this merit alone, but as ESA announced earlier today, Solar Orbiter’s first photos are uncovering a previously unknown stellar phenomenon that project scientists are calling “campfires.”

The bright spots were captured by the spacecraft’s Extreme Ultraviolet Imager (EUI), which can scan the Sun’s outer atmosphere, known as the corona. These features, which appear at surprising regularity across the Sun’s surface, were not observable before, neither from Earth-based nor space-based telescopes.

“The campfires are little relatives of the solar flares that we can observe from Earth, a million or billion times smaller,” explained David Berghmans, principal investigator of the EUI instrument, in an ESA press release. “The Sun might look quiet at the first glance, but when we look in detail, we can see those miniature flares everywhere we look.”

“We didn’t really expect such great results right from the start,” Daniel Müller, ESA’s Solar Orbiter Project Scientist, also said in the press release. “We can also see how our ten scientific instruments complement each other, providing a holistic picture of the Sun and the surrounding environment.” 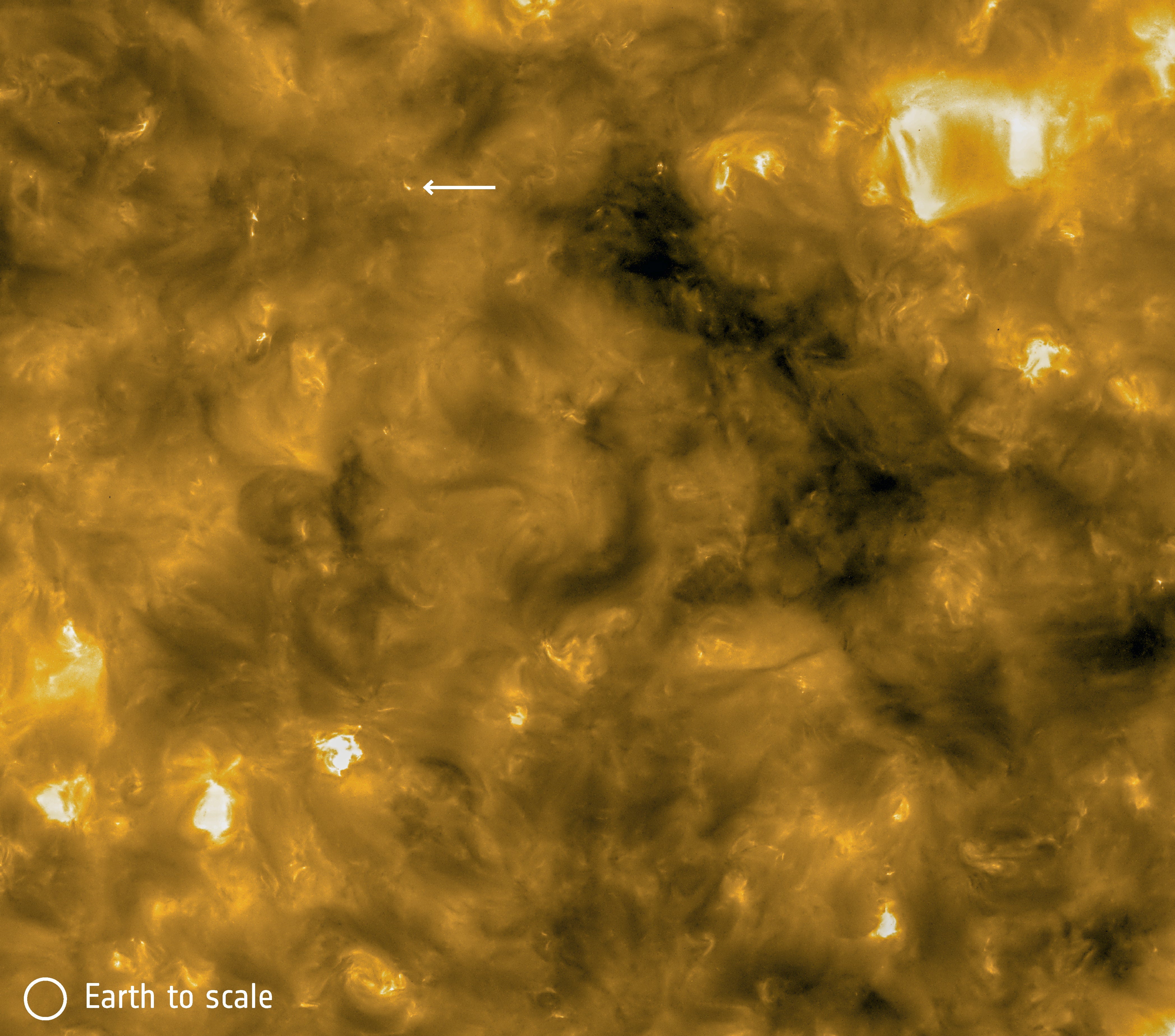 Stellar scientists aren’t entirely sure what these campfires are, as they could be pint-sized versions of larger solar flares or something else entirely. That said, their discovery could explain a poorly understood stellar phenomenon known as coronal heating.

For reasons that aren’t entirely clear, the solar corona is considerably hotter than the surface of the Sun, with temperatures more than 200 to 500 times hotter than the layers below.

The campfires are a surprisingly ubiquitous feature of the Sun’s near-surface, so while a single mini-flare doesn’t do a hell of a whole lot, the collective actions of these features could represent the “dominant contribution to the heating of the solar corona,” according to Frédéric Auchère from the Institute for Space Astrophysics in France, and a co-principal investigator of EUI.

During an ESA press conference today, Müller said the cause of the campfires is still unknown, but he suspects they’re related to the Sun’s magnetic field. Regions in which the flares appear are under pressure and eventually tear, releasing energies which we see as the campfires. 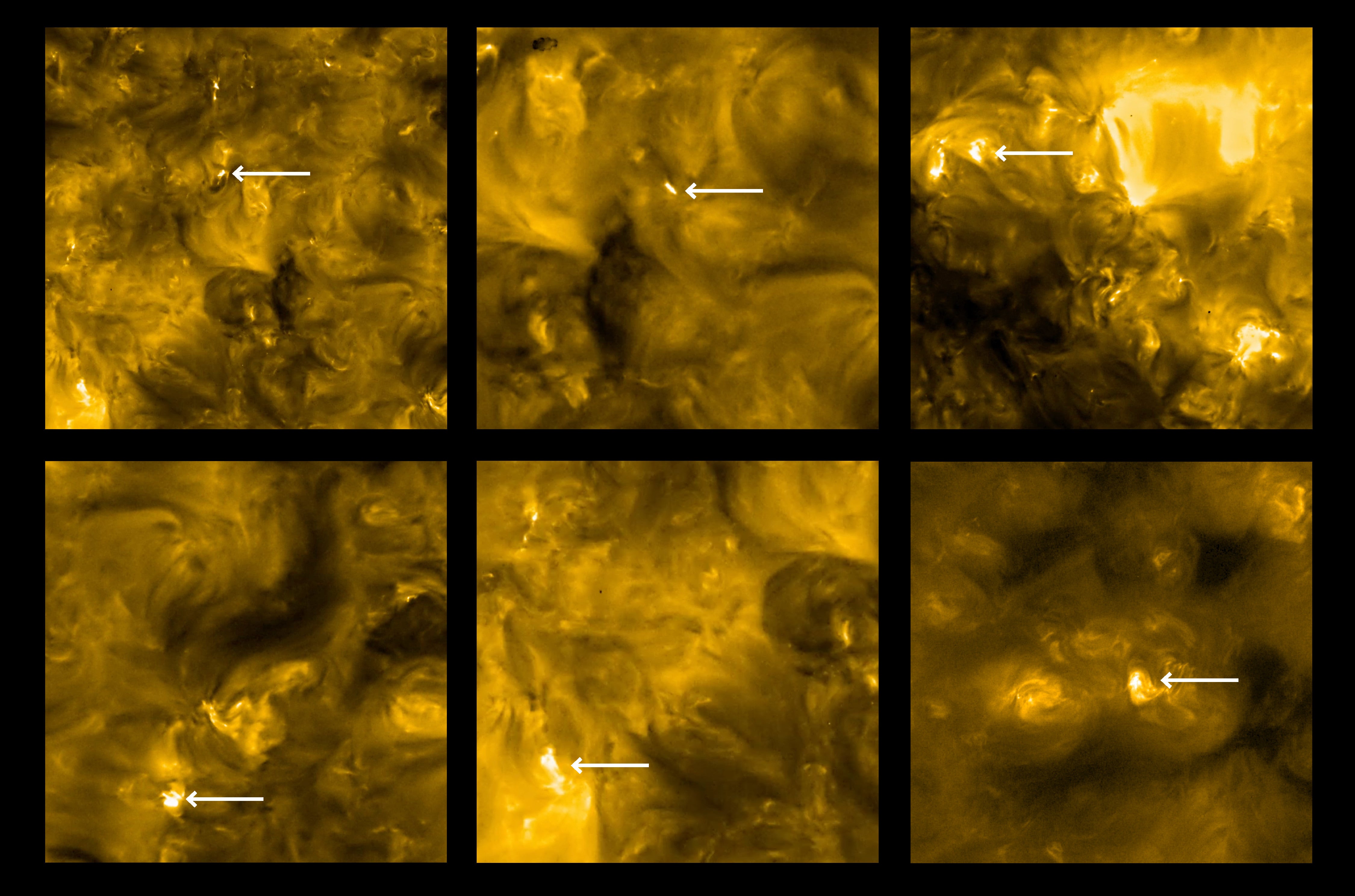 Obviously, we still have lots to learn about these newly discovered features, but this is just the beginning. Solar Orbiter will get even closer to the Sun over the next two years, including a close approach that will take it to within 26 million miles (42 million km) from the star. In addition, the probe will eventually enter into a tilted orbit, allowing for our very first views of the Sun’s polar regions.

These new images complement snapshots of the Sun taken by other projects. NASA’s Solar Dynamics Observatory also takes high-resolution images of the Sun but from farther away. Earlier this year, a telescope in Hawai’i revealed to us a truly incredible video of the solar surface.

As for the Parker Solar Probe – a NASA spacecraft that will get closer to the Sun than any probe before it – it’s not equipped with any cameras, so unfortunately we won’t get to see its surely glorious view of our star. As Solar Orbiter project scientist Holly Gilbert explained at the ESA press conference, the probe will eventually reach the limit in which cameras can work, as “the environment gets too harsh closer than that.”

It’s early days for the Solar Orbiter, but this mission is turning out to be pretty awesome.