Some Computers and Mobile Phones from the '90s

Nostalgia for the ‘90s is rampant online. You can’t escape it. Old shows from the ‘90s are making their way back to streaming platforms. BuzzFeed has an entire tag dedicated to quizzes and listicles about how only ‘90s kids will remember stuff from 30 years ago. Apparently, chokers, bucket hats and claw clips are also back. But somewhere in all this fond reminiscing, some pandemic-denying hacks have forgotten that computers and mobile phones also existed in the ‘90s.

This erasure will not stand.

I, too, was a ‘90s kid and remember blocky computers and brick phones fondly. Stroll with me, if you will, down memory lane to view a small slice of the computers and mobiles that existed back when we, as a society, committed the sin of tolerating milquetoast plagiarising rappers as “music”.

Wow, the PowerBook 100 series was introduced in 1991 – very early in the ‘90s – and included three laptops. The 100 was the entry-level option, the 140 was the mid-range model and the 170 was for people with the moolah. They all had trackballs, internal floppy drives and palm rests. Were they successful? No. But they existed.

You know the ThinkPad? Yeah, the first one came out in early 1992! That’s how old that little red nubbin is. Before Lenovo bought the line in 2005, the ThinkPad line of laptops were the brainchild of IBM’s personal computer division.

Heeeelll yeah baby! The Compaq Presario line of desktops and notebooks traces its origin to September 1993. Look at this noble beige block, as lovingly narrated by some German guy in this old ad.

Do you remember Windows 95? I do! In fact, I remember it more than whatever model of blocky desktop my family kept in the living room. This unnamed hero was probably the first computer I ever connected to the Internet on as a wee gal. Funny, how a computer operating system was called Windows 95, likely after the year it was released, 1995. A year – if my tenuous grasp on time and maths is correct – is smack dab in middle the ‘90s, a decade that supposedly had no computers or mobile phones.

Clueless, a movie from 1995, had mobiles and computers too

I don’t really know what to tell you, other than I watched this movie in 1995 when I was seven-years-old and way too young to understand the whole virginity plot-line. What I did know was that Cher and Dionne had mobiles, and that in 2020, I am still waiting for that computer wardrobe system Cher had. 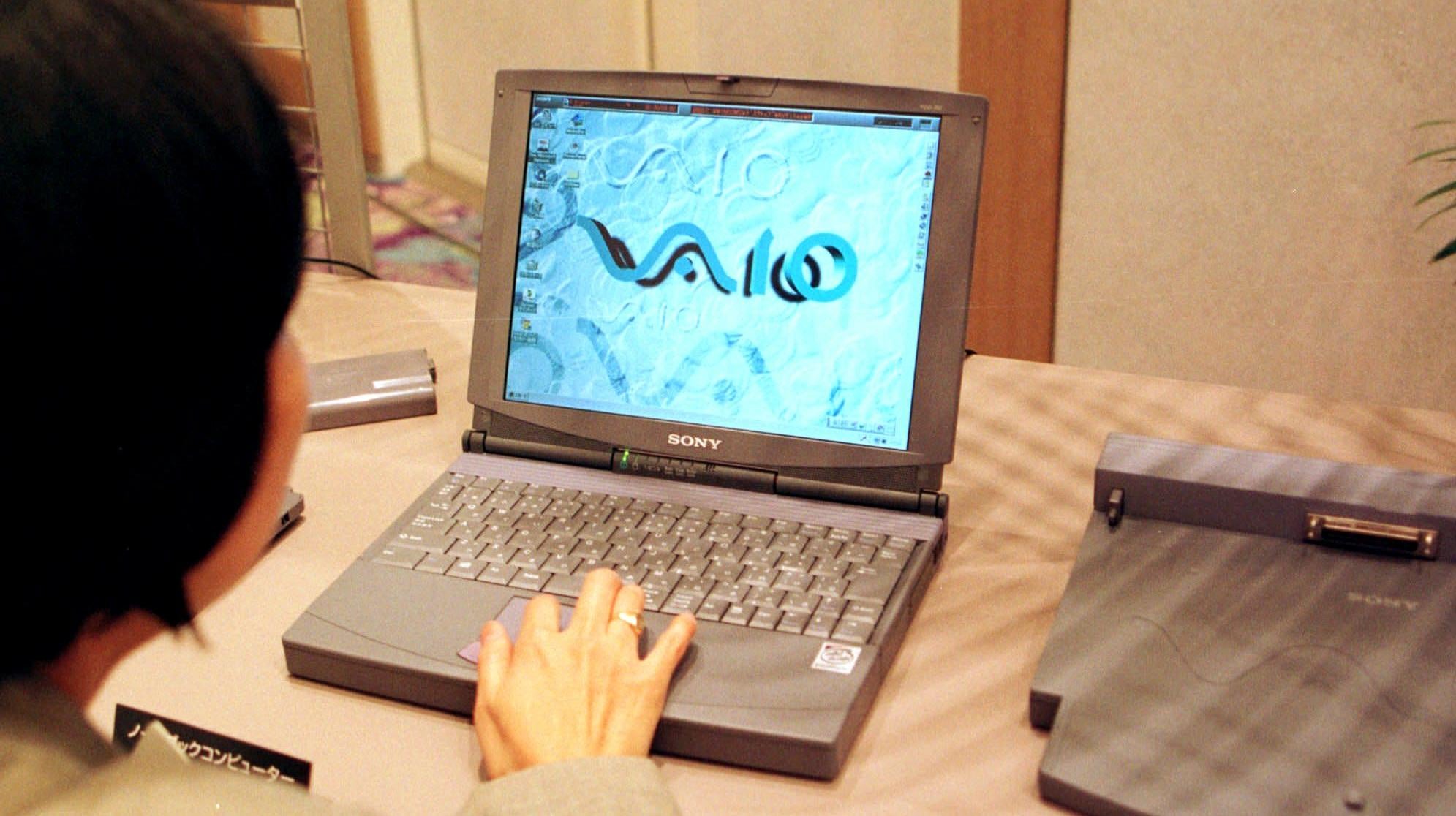 This ancient photo from 1997, found on AP Images, seems to indicate that Sony Vaio laptops – remember those? – existed in the late 1990s. In fact, this Sony division was founded in 1996. Before Vaio went bye-bye in 2014, all I ever wanted in middle and high school was a shiny Vaio laptop instead of whatever Dell my parents said I had to have. 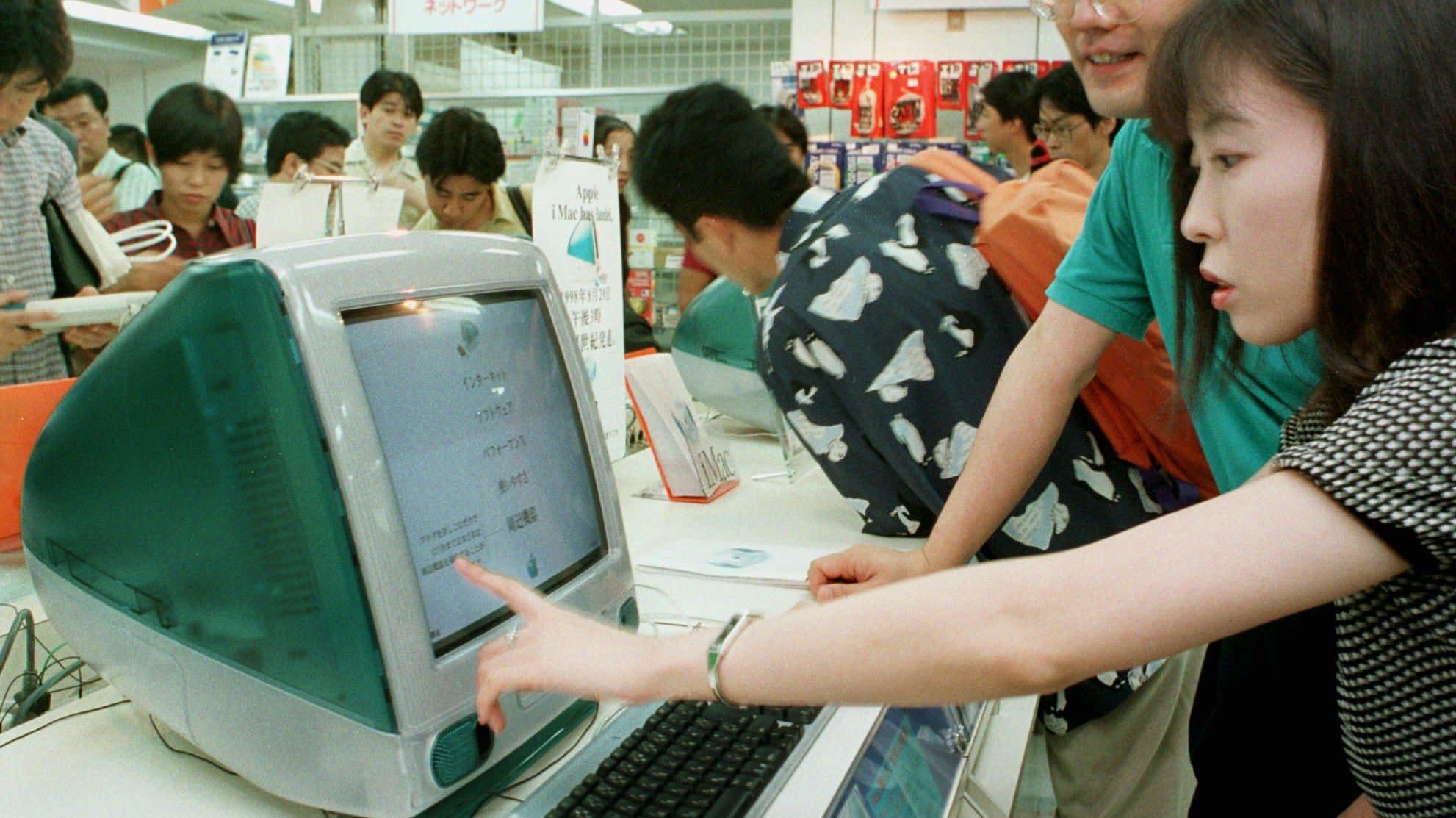 In 1998, these colourful babies were the first Apple product after the return of an ancient figure named Steve Jobs. You might remember him. I had these in my primary school computer lab. We liked them because they were colourful and easy enough for our tiny child brains to use.

Even my mum had a StarTAC

This was my mum’s first mobile phone. I stole it on multiple occasions while pretending to be Cher from Clueless. While the first-ever Motorola StarTAC was released in 1996, I’m pretty sure she didn’t get one until ‘98 or ‘99. In any case, I thought she was the coolest mum in the area because she had one. Even if she never picked it up, a habit which continues to this day.

As I said before, this is merely a slice of the computers, laptops and mobile phones available in the glory days of the 1990s. Though technically, Ice Ice Baby dropped in 1990, so perhaps that’s why a talentless copycat has a hard time remembering that these gadgets existed once his career went up in flames.