First revealed last Summer with an intended release to coincide with the 2020 Tokyo Olympics, Sony’s wearable personal air conditioner is finally available for sale to help you battle the Summer heat when you occasionally step outside to brave the sun’s rage and the ongoing pandemic.

Working alongside a special t-shirt that suspends the device in the middle of your back just below the neck, the Sony Reon Pocket, which looks not unlike the Apple Magic Mouse, uses the Peltier effect to serve as a heat pump that promises to help cool the wearer’s body temperature by as much as 13 degrees Celsius on hot days. 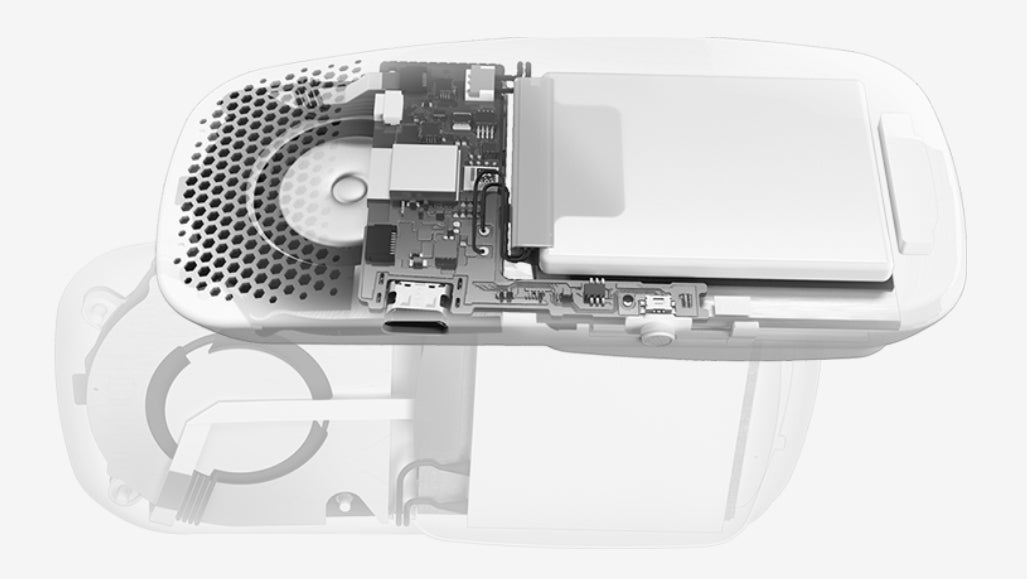 The side of the Reon Pocket that rests against the wearer’s back is promised to remain cool to the touch while heat is removed through a small fan that vents warm air out and away from the body. Using a companion mobile app for iOS and Android devices the Reon Pocket can be manually adjusted as needed, or even set to an automatic mode which uses temperature and motion sensors to detect what the wearer is doing, how they’re feeling, and then appropriately adjust the cooling mode to ensure their desired comfort level is maintained.

The device can even be used in the cold Winter months functioning in reverse to help raise the wearer’s body temperature by as much as 18 degrees Celsius, but no matter the weather the Reon Pocket isn’t an all-day solution. Given its compact size, its internal battery is only good for about two to four hours of comfort depending on how hard it needs to work, and you’ll have to wait about two hours for it to recharge before you can wear it again.

Last summer Sony was promising two versions of the Reon Pocket when it was finally available; a Lite version that was strictly manually controlled and a Standard version that featured all of the additional automated bells and whistles through the accompanying mobile app. A year later, it seems as if only the more elaborate version hit the market, available through Sony’s own online store for about £96, or Amazon Japan where it’s currently closer to £130, while the t-shirt holders will set you back about £16 each.