Image’s The Old Guard, written by Greg Rucka with illustrations from Leandro Fernández and Daniela Miwa, is a comic that takes the familiar concept of functional immortality and uses it to tell a story about what it means to live through war – not in the singular sense of the word, but instead war as a facet of humanity that’s shaped the world since the beginning of time.

The Old Guard revolves around a group of warriors from various points in history who all, through different circumstances, ended up dying in vicious battles before inexplicably coming back to consciousness, healing and trying to figure out what it is that brought them back. Though none of the Old Guard originally quite knew one another (or generally coexisted) during their initial lifetimes, each time one of them first came into their regenerative powers, those that came before them were inundated with dreams that compelled them to seek the newest immortal out, wherever on the globe they might have been at the time.

After centuries of committing themselves to taking out those who would hurt innocent people, the immortals find themselves in the present day living essentially in secret. The fear is that if mortals learned of their existence, they would try to capture and do all manner of monstrous things to the Old Guard in an attempt to learn how their power worked.

Andromache of Scythia, now going by Andy (and being played by Charlize Theron in the upcoming Netflix adaptation), leads the group, as she’s the oldest and most experienced. While she’s still committed to their cause, time has worn down her heart in a way that it can’t wear down her physical body. Andy knows what she and the others are doing is morally sound as they make a point of going after war criminals, child traffickers and other nefarious characters, but she’s grown weary of the fight. Time has taught her that no matter how hard they try and no matter how much good they do, eventually, people will act on their darker urges and that will only lead to more and more pain and suffering being unleashed upon society. 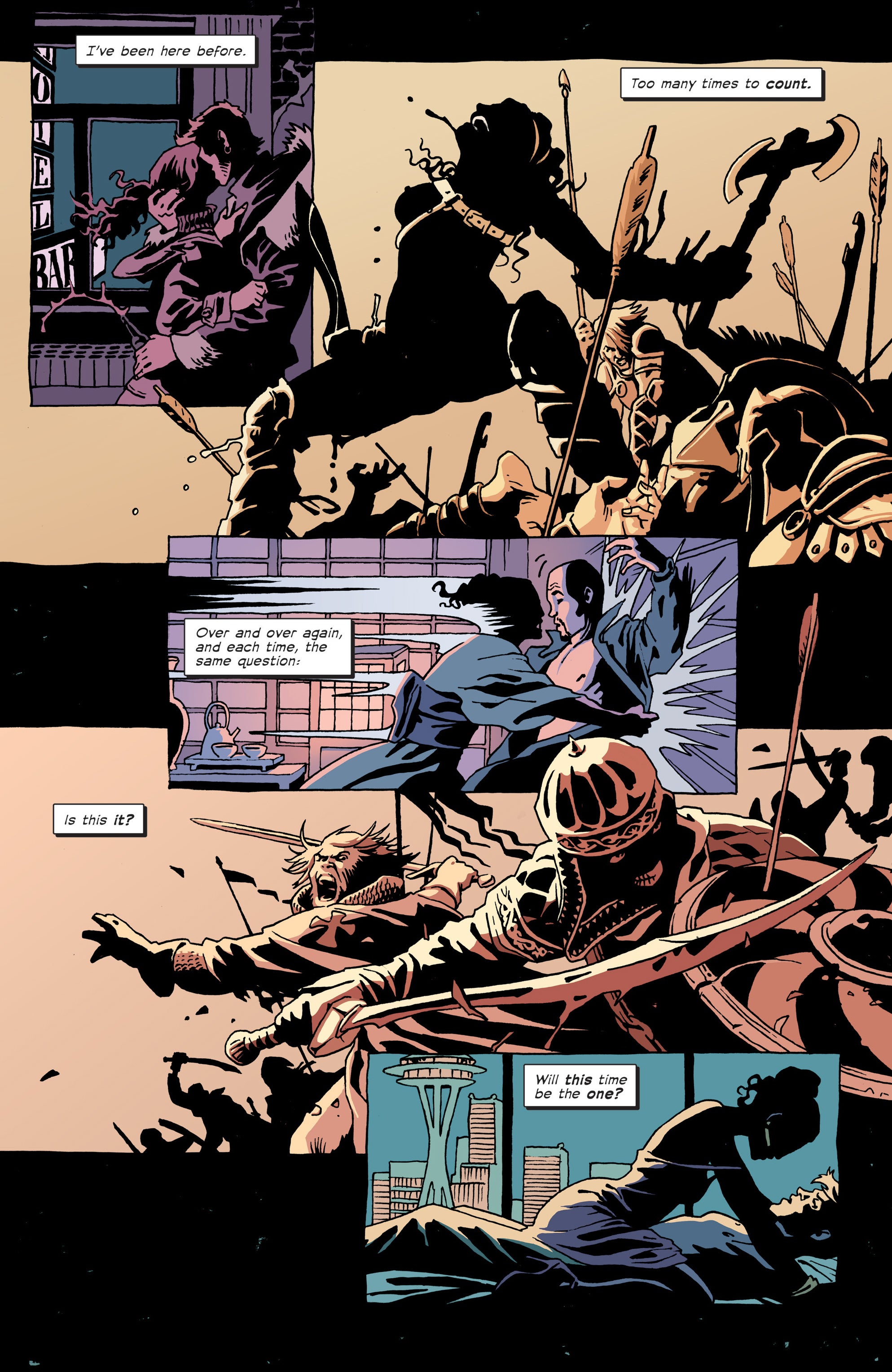 Though The Old Guard’s primary plot does end up focusing on a bit of treachery that forces the immortals to face their greatest mortal-borne fear, the series’ heart is the idea of family and just what all that can mean for different people. While Andy drank and slept her way through the ages with countless people out of a desire to feel alive again, her fellow unkillables Yusuf “Joe” Al-Kaysanioe and Nicolo “Nicky” di Genova found love in one another’s arms, despite the fact that they killed one another in the midst of a conflict in the past. Sebastian “Booker” le Livre, a French man who was hanged in the 15th century, rounds out the less-than-merry quartet, and they live in a tense, but comfortably familiar holding pattern until the day comes when Andy’s struck with the first vision any of them has had in a good long while.

Nile Freeman, a deployed member of the U.S. Marines, is murdered in front of her fellow Marines, and then somehow wakes up in a hospital. She has absolutely no idea what is going on or how it happened, and the people she’s around are no more knowledgable. But what Nile doesn’t realise is that she’s part of something much larger than any military force, and she’s fated to join the Old Guard. Nile’s “activation”, if you will, is the inciting event that gives Andy a begrudgingly renewed reason for living. In her mind, Nile’s existence points to the possibility that there is a point to the Old Guard’s immortality, even if they can’t comprehend it in the moment.

Because Nile’s born into modern times with relatively fixed ideas about who she is, her initial meetings with the Old Guard are... difficult because she’s not just a Chosen One™, but rather a member of a chosen few, the leader of whom informs her about her destiny in the coldest and most violent of ways. 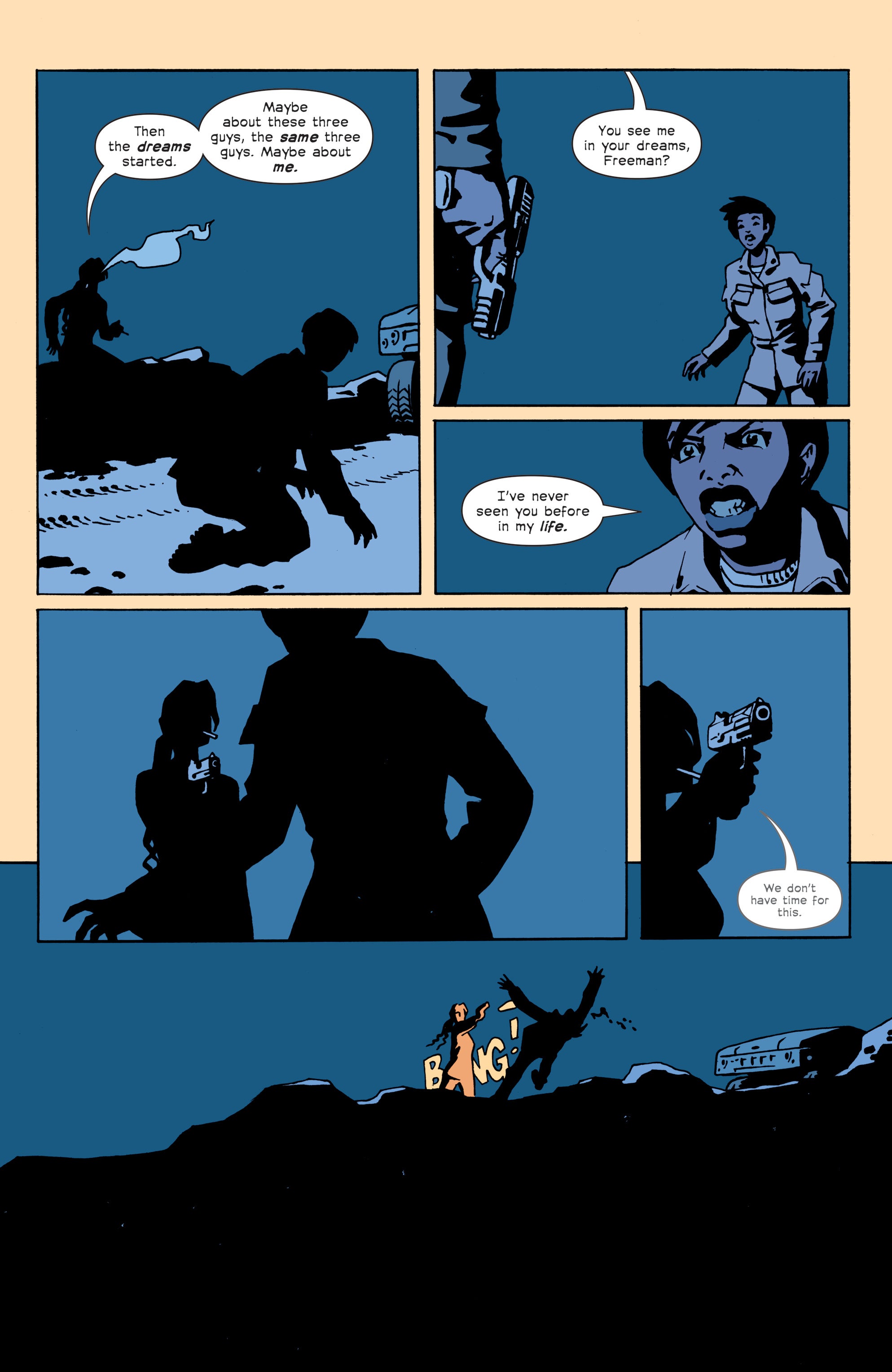 In Nile, Andy finds a sort of companionship that’s distinct from Joe and Nicky’s because it’s more akin to sisterhood. Andy can never really verbalise it properly, and it’s not clear whether she fully understands it, but what Nile represents to her and the rest of the Old Guard is a kind of hope they’d lost grasp of as a direct consequence of having gone so long assuming they were the only ones like them that would ever come into existence again. It’s a kind of existential “death” that few people would ever have to confront in their day-to-day lives. Nile is the Old Guard’s new member, but she also embodies the potential that their family could grow beyond the four characters who open the series, which is something that directly contrasts with the feelings of stagnation and ineffectiveness they’d all resigned themselves to.

That’s the thing that ultimately makes The Old Guard’s immortal heroes feel most human. None of them were necessarily bound to the biological drives that push all living things to perpetuate their kind, but even still, feeling as if they might have been the endpoint hurt them (Andy most obviously) in profound ways. Just how much, if any, of that headiness Netflix’s upcoming adaptation of the series will delve into when it debuts on July 10th remains to be seen. But if even a modicum of those feelings makes their way into the script and onto the screen, it’ll make The Old Guard one of the most compelling and fascinating comic book movies to date.