Fitness doesn’t have to be complicated, but that’s never stopped some wearables companies from turning exercise into an advanced course in data analysis. Most people who ask me which smartwatch they should buy aren’t looking for a metrics dump. They want the basics: a decent price, an easy way to track progress, and notifications. The Polar Unite checks all these boxes, and as a plus, it’s not absolutely hideous.

The Unite isn’t going to blow your mind – it offers a pretty standard feature set. You get smartphone notifications, heart rate-monitoring, connected GPS, sleep tracking, breathing reminders, and an estimated four days of battery life. It’s also water-resistant up to 30 metres – so not quite swim-proof (you generally want 5ATM or 50 metres for that) but hardy enough to withstand some backsplash from the dishes, most swimming pools, or a shower. It’s got a colour touchscreen with a honking bezel at the bottom, and the resolution isn’t the sharpest, but it gets the job done. You don’t get stuff like onboard music storage, third-party apps, or NFC payments, but if the Unite seems appealing to you, chances are you’re not terribly concerned about that.

What is it?: Polar's basic lifestyle smartwatch

Like: Good bang for your buck. Recovery features are helpful.

At a briefing prior to the Unite’s launch, Polar was emphatic that the Unite is meant for people who want to be active, but are a little lost. Some numbers about how more people have become interested in fitness since the pandemic began were also bandied about. Basically, there are a lot of casual users who don’t want a smartwatch that screams, “I LIKE DA SPORTS, MAN.” The Unite is the watch for them.

On the wrist, the Unite isn’t anything super eye-catching, but it is actually cute! My review unit came with a textured pink silicone strap with the same type of enclosure as the default Apple Watch straps. Was it one I’d pick for myself? Eh, probably not, but I grew to like it after a few days. The straps are also swappable, and Polar’s website actually has a decent range of choices in terms of colour and materials. This hasn’t always been the case, so I appreciate the change. The watch itself is super light – it weighs 32 grams, and the 43mm case is made from glass fibre reinforced polymer. Polar is probably the only one calling this chic, but it’s definitely not the eyesore that previous Polar watches were.

What I most liked about the Unite, however, was the fact that its more advanced features were designed to put meaningless numbers into context. Nightly Recharge, for example, is a recovery metric that combines an easy-to-digest sleep score with an “ANS charge.” Your ANS charge measures heart rate variability, heart rate, and breathing rate to determine how well your autonomic nervous system recovered while you slept. In a nutshell, it’s a number that helps you decide whether you should go hard or take it easy when training. The sleep score is a bit more straightforward – you get a score from 1 to 100. If your score shows up green, you’re more well-rested than usual. Orange is a sign that maybe you didn’t sleep quite as well as you wanted.

This recovery metric isn’t new. Polar introduced it last year on its Ignite smartwatch. It’s also not the only wearable to use ANS to measure recovery – Whoop also does that. Nightly Recharge is a feature that has some scientific roots but, ultimately, this is not a government-cleared metric. The Unite, like the Ignite and Whoop, is not a medical device, and I’m still waiting for Polar to publish a clinical, peer-reviewed study on how effective ANS is as a recovery metric. (Though Polar does have a white paper and a pretty impressive library of research Polar products have been involved in.) 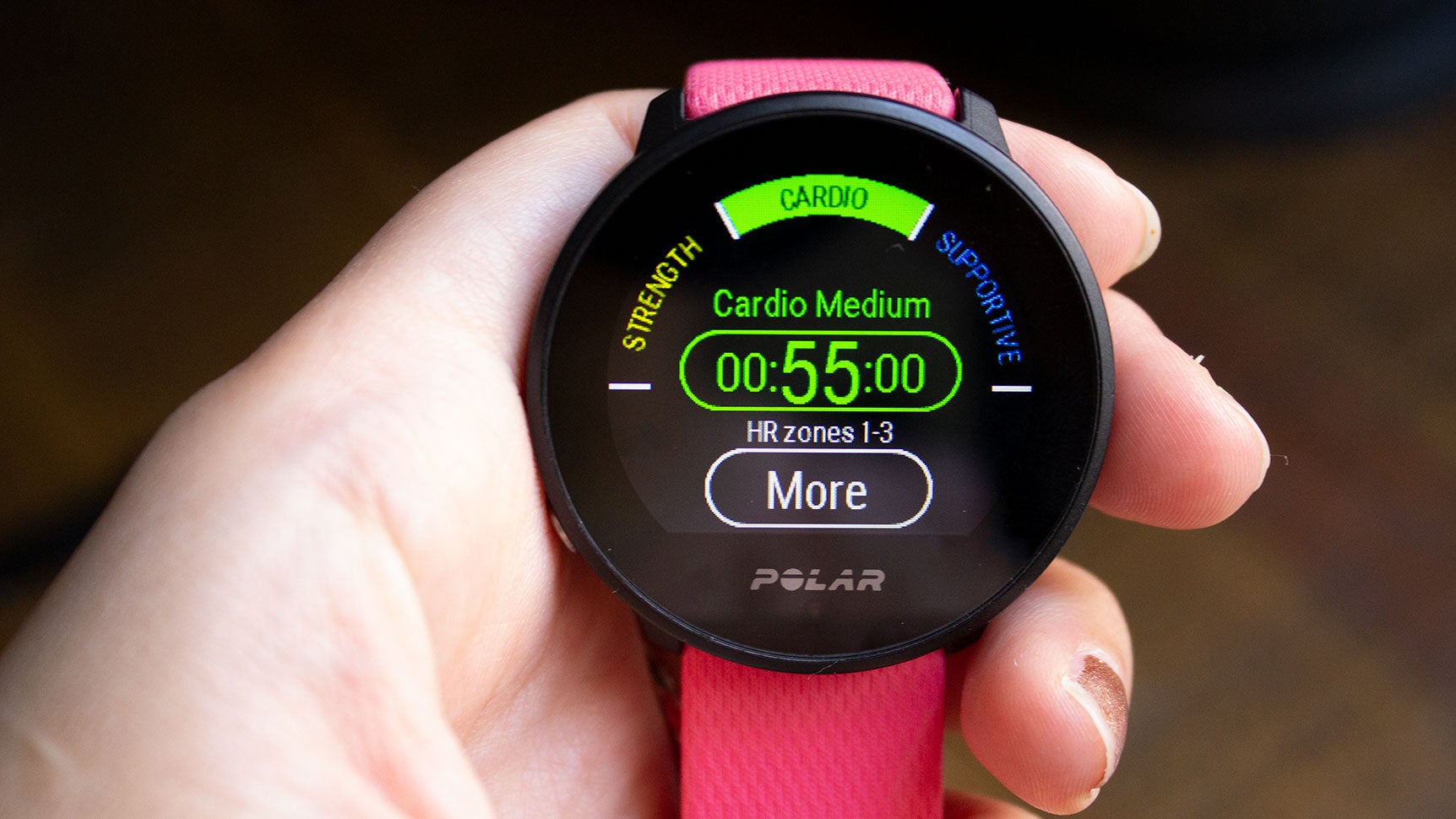 A look at the FitSpark screen on the watch. (Photo: Victoria Song/Gizmodo)

A year ago, this feature completely owned me on two occasions. Long story short, the Ignite told me to rest, I didn’t, and paid the price with two shitty workouts. This time around, my results were a little different. On a day the watch told me my body was “compromised,” I actually had a decent 3-mile run. I had yet another good 3.1-mile run on a day the watch said my recovery was “poor.” It happened a third time the next day when I ran 3.3 miles and my recovery was deemed “very poor.” This isn’t a knock against Nightly Recharge. Seeing bad scores made me less willing to go all out. Instead, I followed the Polar Flow app’s training advice to keep my sessions “light” on less-than-stellar recovery days. That probably helped. The watch and app may get it spot on sometimes, but this advice shouldn’t be taken as gospel or hard science.

The Unite is a decent activity tracker. It uses connected GPS, meaning it relies on your phone’s GPS signal, so it’s never going to trump a watch with built-in GPS for phone-free activities. On four out of five test runs, I had no issue with the watch finding a signal via my phone. The fifth time, I had a few failures but they went away after I reset my phone. The Unite tended to very slightly overreport my distance compared to my go-to running app and my Apple Watch. The discrepancies were negligible, however – a few hundredths of a mile, at most. For example, on a 3.14-mile run recorded on my phone, the Unite reported 3.19 miles while the Series 5 logged 3.11 miles. Of course, that did translate to 10-20 second differences in average pace times. This would be annoying to runners trying to break personal records, but it’s not that egregious for people looking to log their overall progress or mileage. Heart rate-monitoring was also on par with the Series 5. During runs and at rest, the two watches were within 5 beats per minute at any given moment.

One feature that I didn’t love was FitSpark, which is Polar’s name for its on-wrist coaching. It supposedly takes into account your Nightly Recharge score and recommends either cardio, strength training, or supportive stretching. Sometimes I found those recommendations off, and it didn’t really fit into my already established routine. Also, I still don’t find it easy to remember the circuits it suggests. It might be helpful if you’re at the very beginning of your fitness journey, but otherwise, most people could probably take it or leave it. 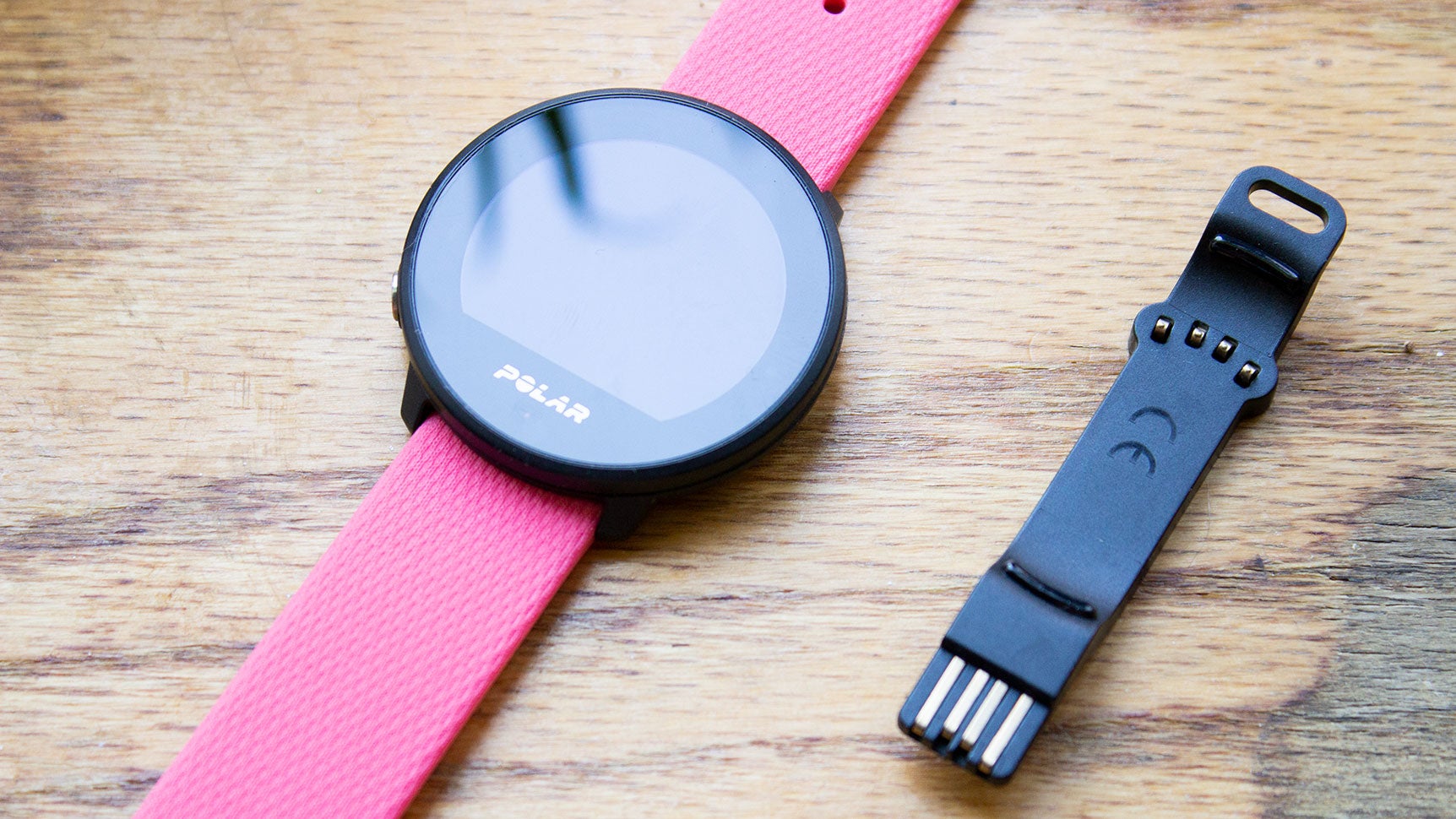 Proprietary chargers suck, but this one is pretty portable. (Photo: Victoria Song/Gizmodo)

Also, like the Ignite, I found the Unite a smidge disappointing in terms of battery life. I never got the full estimated four days. It might be that I logged about 170 minutes of GPS workouts in 10 days, but I’ve had to charge it three times, which means I’m averaging somewhere between 2.5-3 days on a single charge. This isn’t nearly as impressive as Fitbit’s offerings, all of which can often last up to a week between charges. It is definitely better than any Apple Watch model. The Unite comes with a proprietary USB charger, which is annoying. I don’t love proprietary chargers – replacing a lost one is difficult – but I did like how small and portable this thing was.

For £135, I can forgive the Unite most of its flaws. It’s the same price as a Fitbit Charge 4, but you get more accurate tracking, more in-depth metrics, and a nicer overall design. (The Charge 4, however, does have built-in GPS.) The Polar is also the better choice if you’re toying with the idea of eventually upgrading to a more serious sports watch. The other question is whether you should opt for the Unite, or shell out the extra £40 for the Ignite.

The two watches are extremely similar and it might be hard to figure out why you might one or the other – so much so that Polar has written an entire blog about it. It boils down to whether you want built-in GPS. Polar positions the Unite as more of an indoor watch, while the Ignite is better for runners. But I am an avid runner and I happen to like the Unite more. 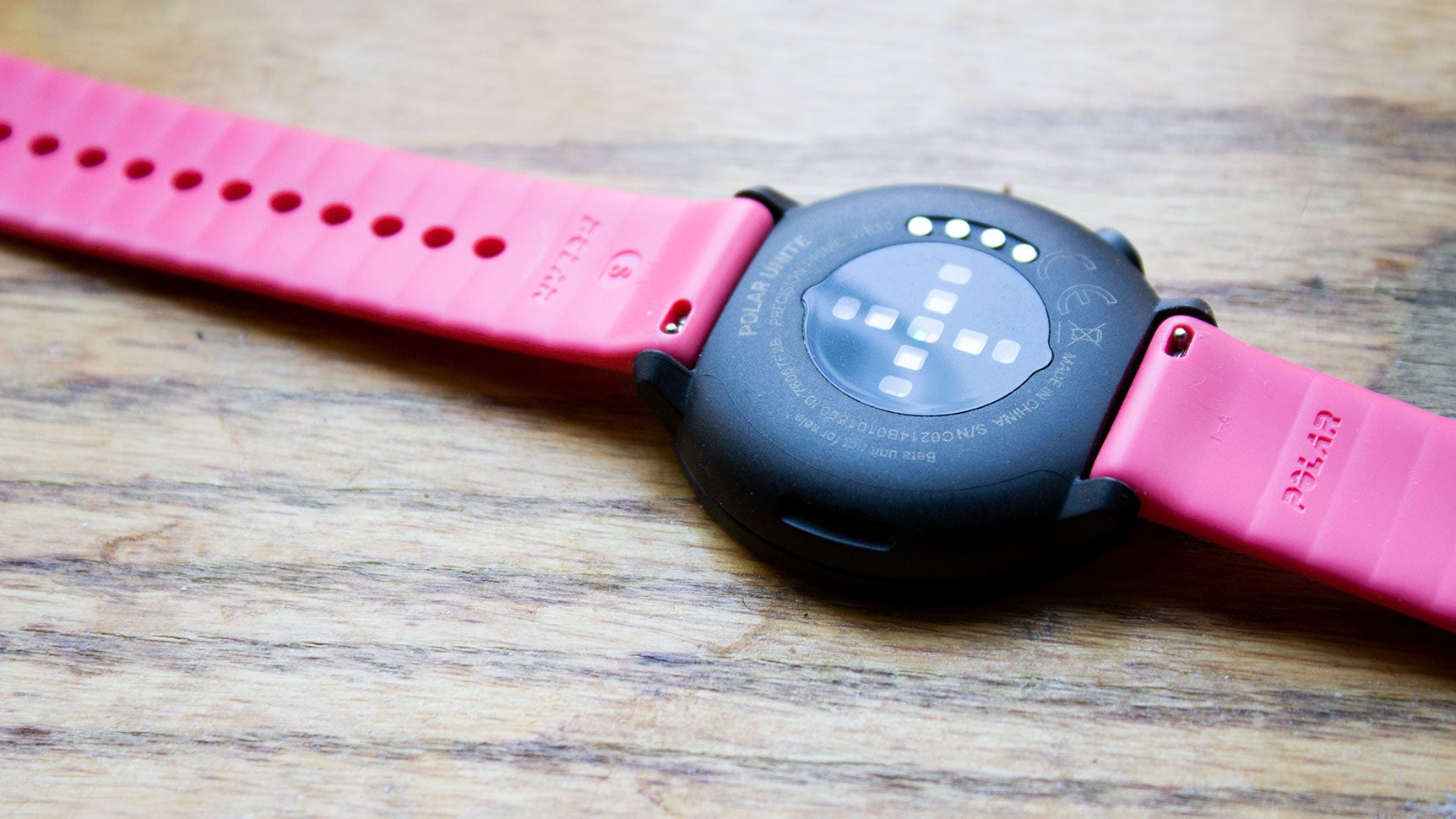 For starters, you’re not getting a better battery with the Ignite even if Polar says it has a whole extra day’s worth. I’ve tested both and never got more than three days on either. Second, you'll need to run with your phone with the Ignite, unless you are the weirdo who doesn’t need music or podcasts to run to so the built-in GPS argument is a little silly. I also ran into syncing issues with the Ignite. To be fair, all Polar watches are kind of clunky at this – you have to manually sync to the Polar Flow app. It’s slow and sometimes it just fails. But for whatever reason, it was relatively fast (for Polar) with the Unite and I never had a botched sync. That’s a first for me with a Polar watch. Lastly, the things that made the Ignite really special are mostly also on the Unite. Sure, you miss more advanced training metrics, like a Running Index, swimming metric, and Training Load. But if I’m honest? I didn’t really miss them, and I don’t think my progress was impeded by their absence. (Swimmers may disagree, and that’s fair.)

The Unite is a solid budget fitness watch that I enjoyed testing. I’m not going to kick down your door and demand you buy it, but I think it does what it’s supposed to very well. The recovery features, while not 100% validated, are useful in my experience, and help the Unite stand out from the crowd. Honestly, we could do with more affordable, simple watches like this one.