Last year Sony sold the most full-frame mirrorless cameras in Japan, and while Canon and Nikon attempt to play catch up, today Sony is announcing its latest high-end mirrorless cam – the A7SIII – which looks like it’s about to crush the competition.

Now I fully admit that using “crush” this way is a bit hyperbolic, and because the camera won’t be available in stores until sometime in September, things could change between now and then. But if you look at the A7SIII’s specs and new features, Sony’s latest full-frame mirrorless feels like a shot across the bow of every other high-end camera maker.

The A7SIII starts with a 12-MP backside-illuminated sensor that Sony says was designed to maximise low-light performance and deliver super-fast sensor readout times, which helps reduce the effect of things like rolling shutter. Then Sony paired that 12-MP sensor with its new Bionz XR image processor which the company claims is eight times more powerful than its previous Bionz chip while offering even faster face and eye detection, better colour reproduction, and support for significantly higher data speeds, both when writing to internal memory cards or when sent out over HDMI (via a full-size HDMI Type-A port) or wifi. 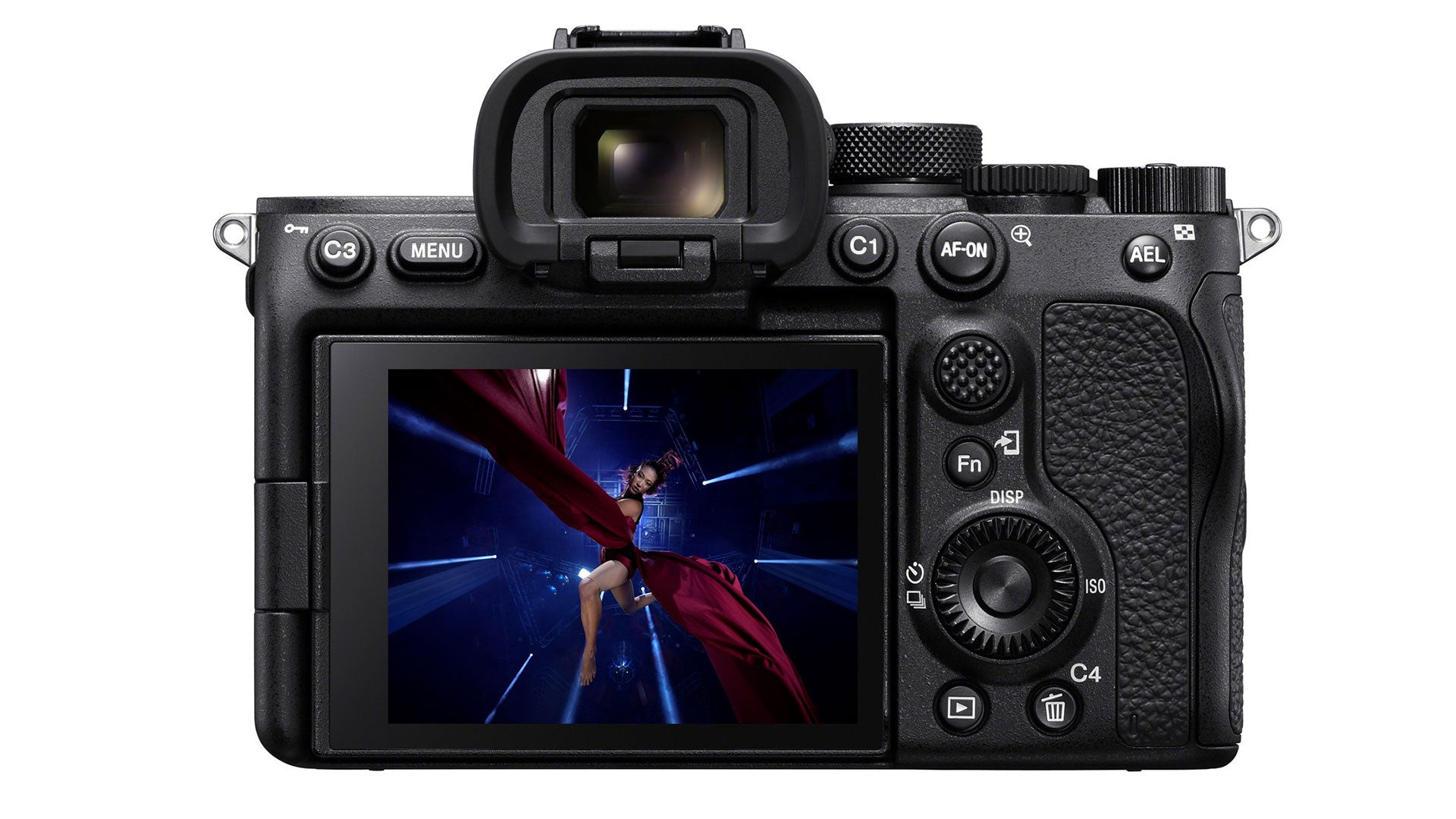 The good stuff doesn’t stop there though because the A7SIII has a new 9.44 million-dot OLED electronic viewfinder that boasts almost twice the resolution of its closest competitors like the 5.76 million dot OLED EVF used in the Panasonic S1. Alternatively, for those who prefer framing up shots using a camera’s rear display, the A7SIII also comes with a fully articulating rear touchscreen (another first for any of Sony’s full-frame A-series cams) that can be flipped around a full 180 degrees so you can easily compose shots from in front of the cam. That said, because of the position of the A7SIII’s HDMI port, if you do have an external monitor or recorder attached, you might have to deal with cables partially getting in the way of that display.

As for storage, Sony is even including two new CF Express card readers that support both standard SD cards and new CF Express Type-A cards, with the A7SIII being the first camera designed to take advantage of the new cards. One immediate advantage of the new card reader is that when combined with its speedier image processor, Sony says the A7SIII now features an image buffer of up to 1,000 shots, even when the camera is shooting full out at 10 FPS in RAW + JPEG mode.

This means users coming from older cameras won’t need to buy a new set of cards for storage right away, though if you do want to take advantage of the A7SIII’s advanced video recording formats, you will need to upgrade at some point. Though with CFexpress Type A cards slated to cost $200 (£154) for an 80GB card or $400 (£309) for a 160GB card (UK pricing is TBA), you might need to save up a bit before switching.

And with the A7S line historically being a major go to camera for video, Sony also included support for 4K video recording using the camera’s full pixel readout at up to 120 fps, or up to 240 fps at 1080p. The A7SIII also supports 10-bit 4:2:2 colour, four-channel audio recording, and thanks to improvements in recording speeds and heat dissipation, the A7SIII no longer has a max 30-minute recording time either. 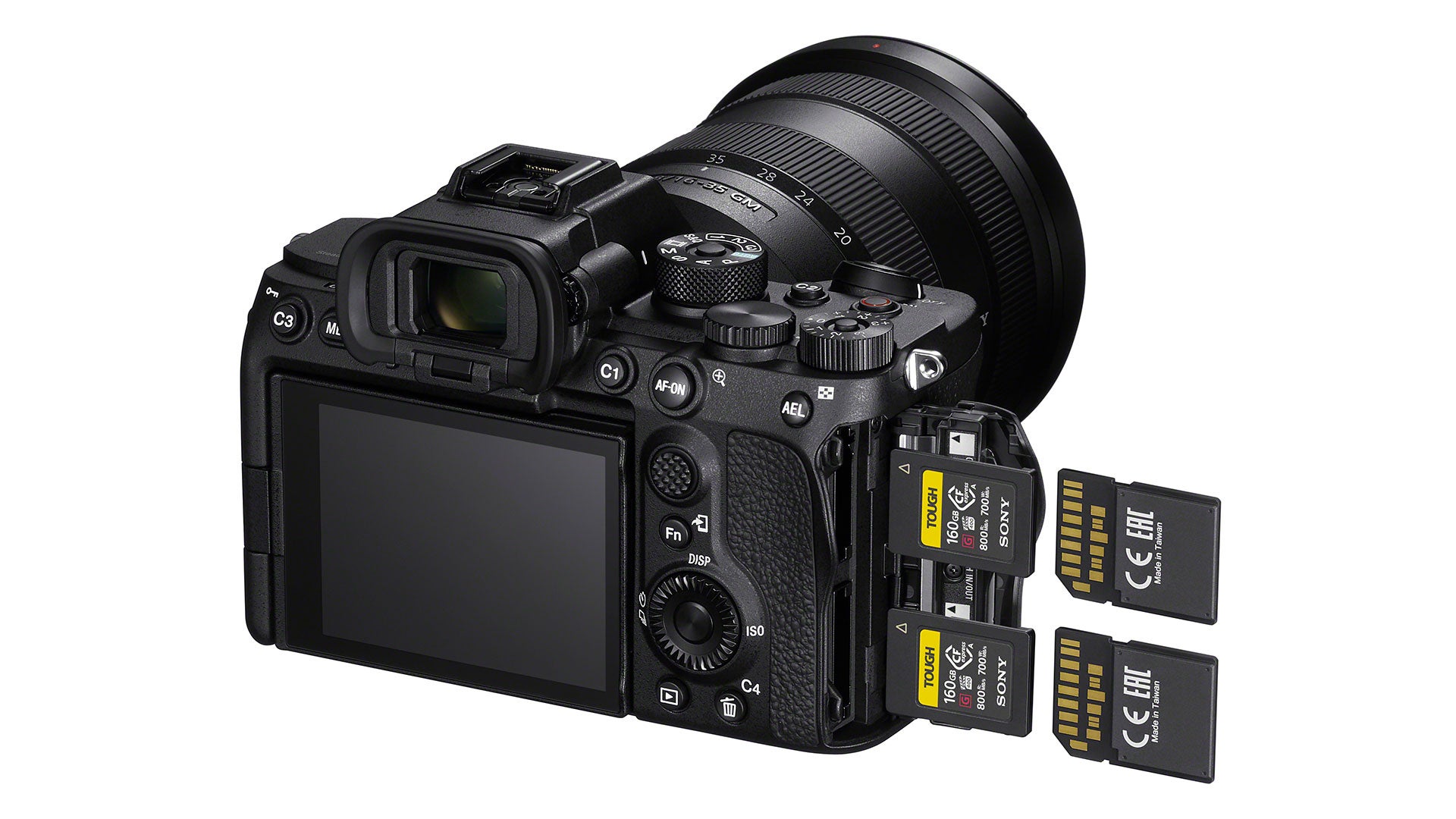 The new dual card readers in the A7SIII support both standard SD cards and the new CF Express Type A cards. (Photo: Sony)

Sony even addressed one of the longest-running gripes about Sony cameras in general by completely redesigning the A7SIII’s menu system so that it’s better organised, works with touch input, and easier to see multiple layers of settings without needing to constantly dig three or four levels deep. And like other A-series cameras, the A7SIII also features in-body image stabilisation (up to 5.5 stops) and compatibility with Sony’s huge lineup of E-mount lenses.

However, unlike the new Canon EOS R5, the A7SIII does not come with support for 8K video recording, which was an intentional choice made by Sony as the company wanted to focus strictly on making the best possible 4K video camera it could. It’s an interesting move by Sony, because while 8K video is sure to become a more important feature in the future, considering the workflows of most filmmakers today, I think Sony made a prudent decision to really concentrate its efforts on 4K.

The Sony A7SIII is expected to go on sale sometime in September for £3,800 (body only). Compared to other full-frame mirrorless competitors, the A7SIII costs £400 less than Canon’s EOS R5 and £200 more than Panasonic’s S1H, but about £1,100 more than a Nikon Z7.