Maybe you’ve never noticed, because they don’t get a lot of hype but there are hundreds and hundreds of citizen science projects that you can get involved in. These projects range from tagging space observatory photos to transcribing documents that are centuries old. You don’t need any special skills or qualifications to help advance the cause of science, just a laptop or a phone.

We’re indebted to a number of citizen science websites for collecting these projects – check out Zooniverse, SciStarter, AnecData, and Wikipedia (of course) for some more inspiration. There are hundreds of projects you can get involved with at any time, all contributing to worthy causes across the planet.

We’ve collected some of our current favourites below.

The solar winds breezing in from the Sun can have a significant impact on life on Earth, which is why researchers need your help in outlining solar storms in images from the NASA Stereo mission – the more accurately this space weather can be tracked, the better we can understand what’s driving it. Head to the Solar Stormwatch II portal to get started.

2. Monitor the impact of light pollution

The mission of the Globe at Night project is to figure out exactly how much light pollution is produced by our towns and cities. All you need to do to participate is to watch out for particular star constellations, and make a note about how visible they are in your part of the world on a specific date – the portal makes the whole process very straightforward. 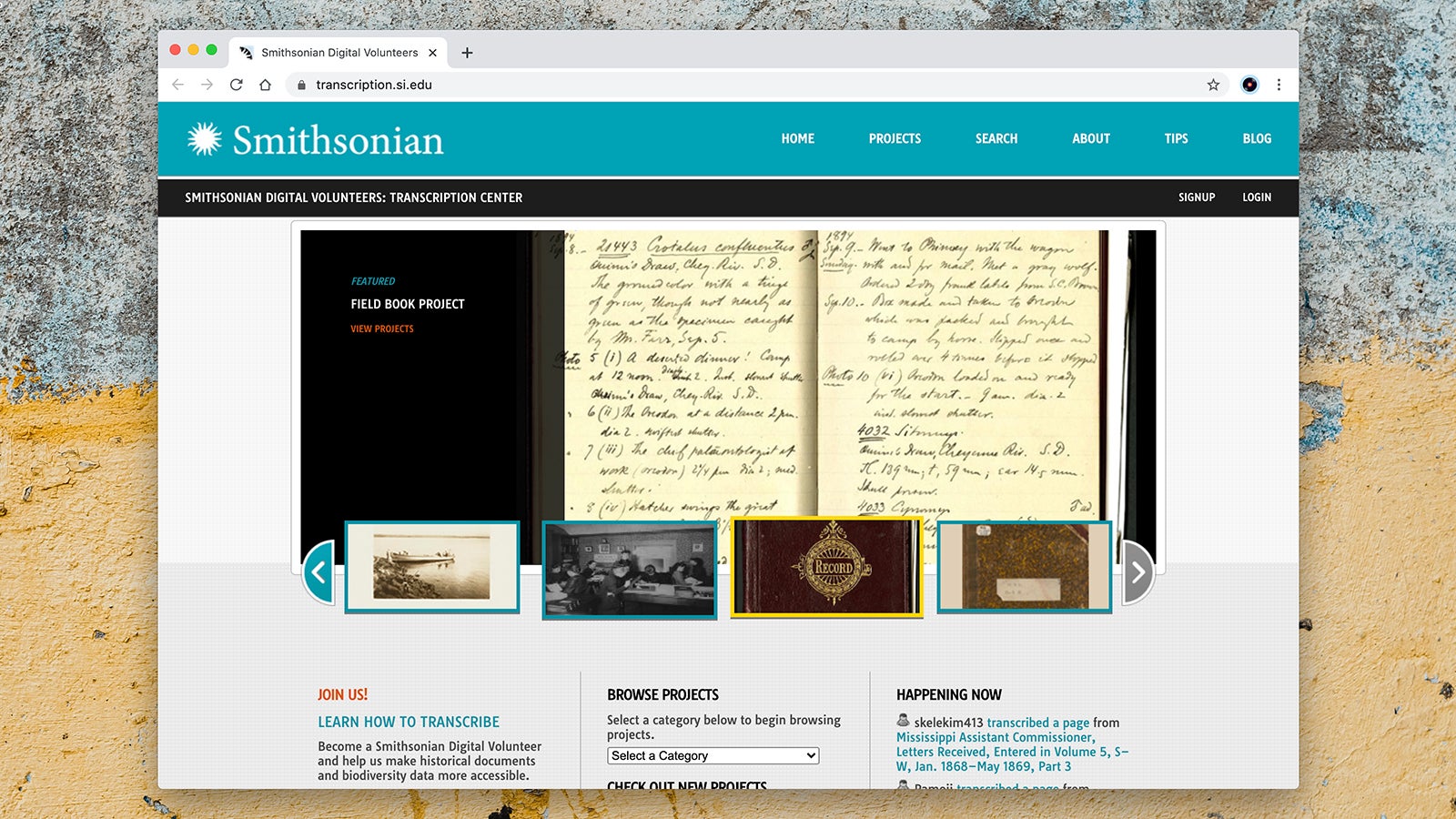 3. Transcribe historical documents for the Smithsonian

Join the Smithsonian Digital Volunteers group and you can help make some of the museum’s vast collections more accessible to a wider group of people. Converting papers into digital text means they can be posted online and searched more easily, and the project covers all kinds of interesting letters, documents, and scientific records.

If you’re not using your computer 24 hours a day, then you can donate the unused time to the Climate Prediction project. You install some free software, which then runs climate models in your computer’s spare time. The more volunteers there are and the more models that get completed, the more accurate our future climate predictions will be.

5. Take a trip to the East African savanna

Citizen science projects are one way of exploring the world without leaving the comfort of your house, as Parasite Safari shows. Your job is to look at photos of watering holes across Kenya and make notes about which animals are there. This all feeds into an analysis of how wildlife congregates around these spots, and how parasites might be spreading.

Stall Catchers turns citizen science research into a game of sorts, tasking you with spotting the difference between flowing blood vessels and stalled blood vessels in videos of mice brains. This helps researchers in processing the data they’ve gathered from various experiments, and ultimately plays into ongoing efforts to study the effects of Alzheimer’s.

7. Report on how safe or unsafe you feel

Perhaps there’s never been a better time for the Sensafety Initiative, which invites volunteers to use a phone app to report on how safe they feel across a variety of locations in their city. This data is then collected and collated to inform urban research and planning, as well as identifying problems in cities that might otherwise go unnoticed. 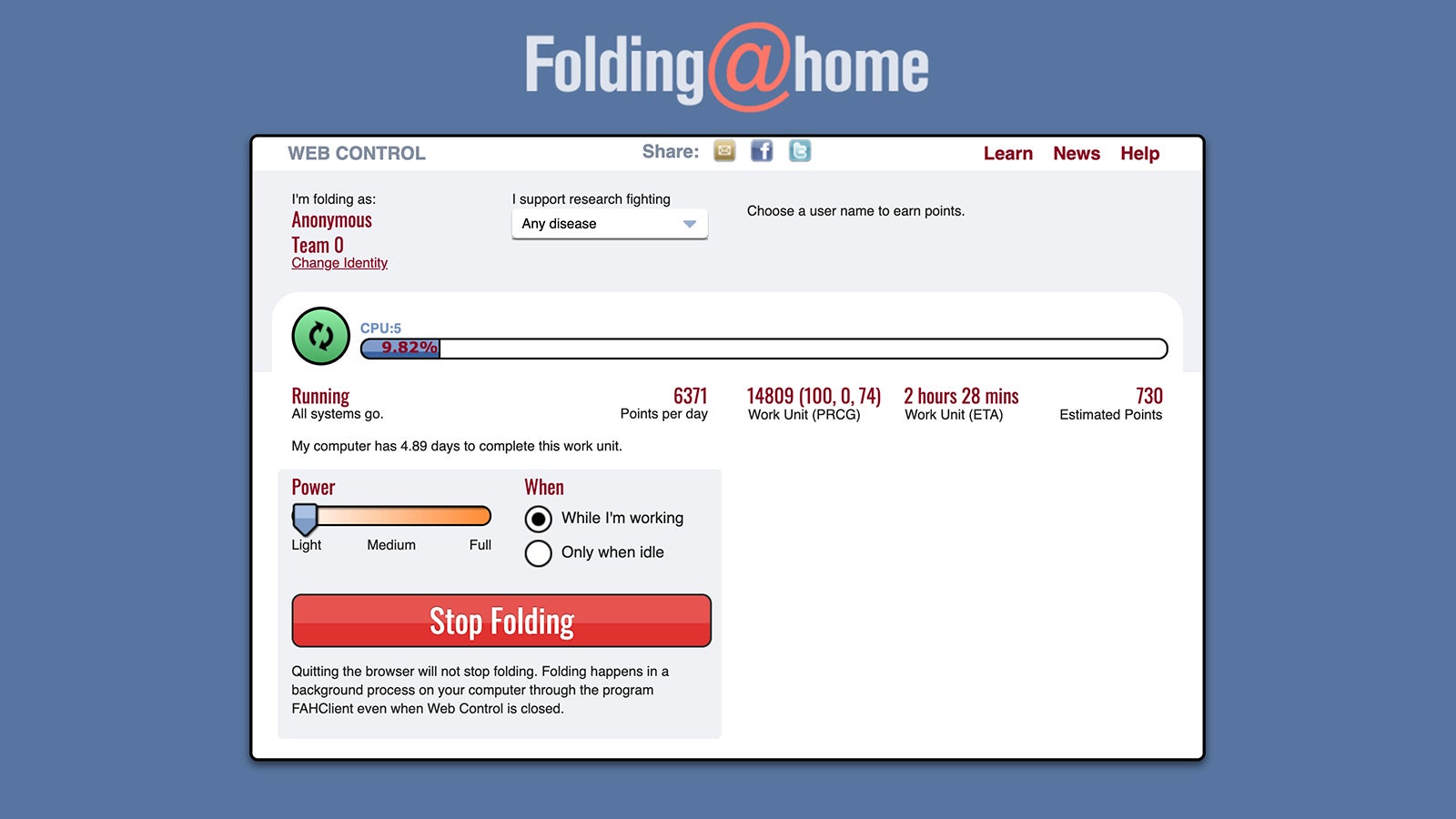 8. Fight the coronavirus with Folding@home

Folding@home has been using spare CPU cycles on the computers of volunteers to crunch through difficult protein calculations since 2000. Right now, you can help with research into the coronavirus: Install a small desktop app, and when you’re not using your computer, the program will add its processing power to help with scientific data analysis.

9. Digitise historical documents for the US Library of Congress

Help bring important historical records, including presidential letters, legal documents and war records, into the digital era by transcribing them for the US Library of Congress. Head to the By the People portal and you can just start typing what you see. Volunteer efforts are double-checked and cross-referenced to minimise the chances of errors creeping in.

One NASA astronomer is on a mission to find out which parts of Earth remain untouched and quiet, and you can help by noting your own observations through the Silent Earth project. Just open up your phone, make a recording, and submit it to the database, which will be used as a resource for tracking places where human-made noise has yet to reach. 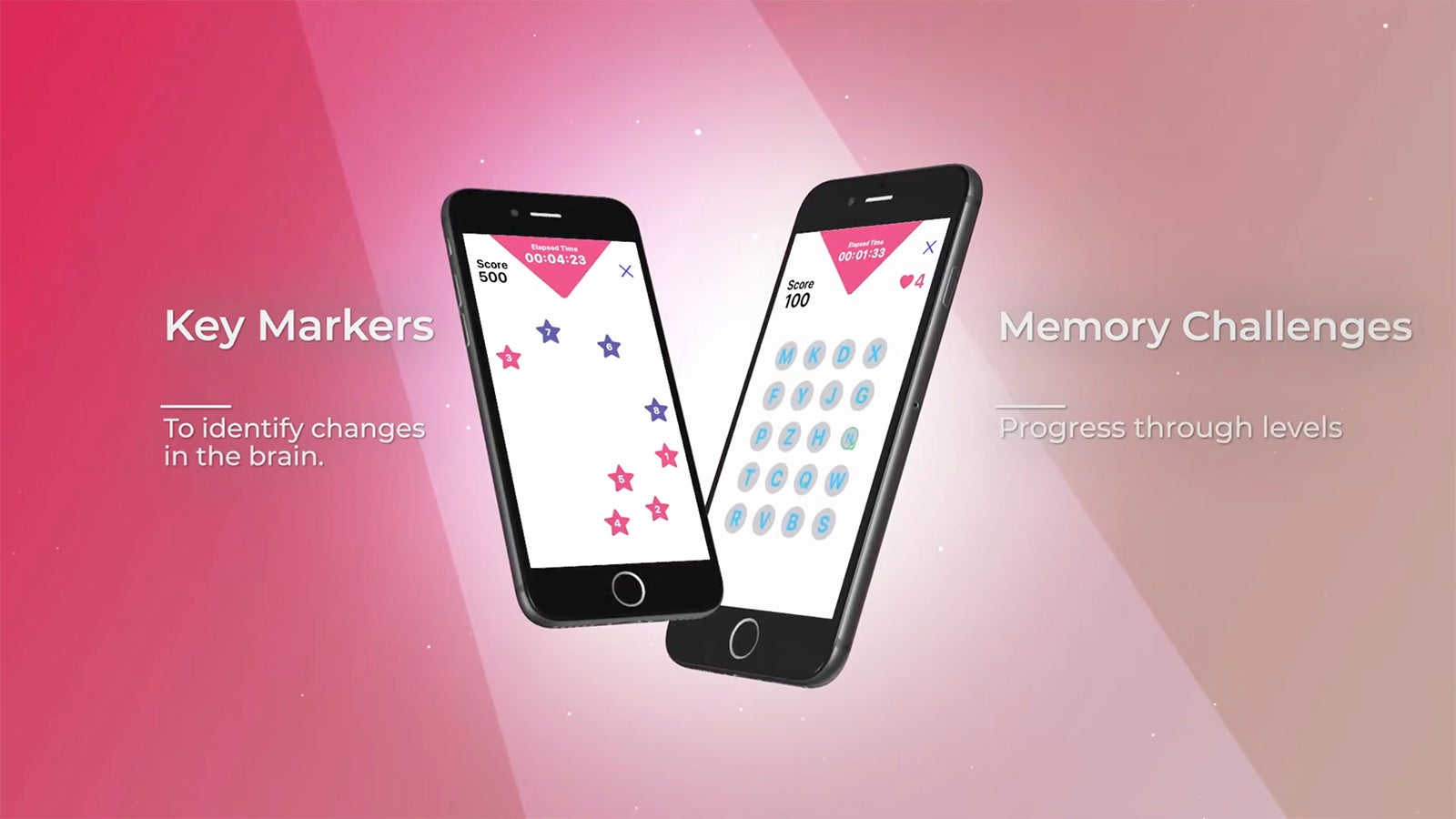 11. Fight back against dementia with Neureka

Neureka is a diverting game that you install and play on your Android and iOS phone as you would with any other game—except in addition to trying to outdo your high scores, you’re also contributing to dementia research. Your in-game actions and responses to the linked surveys contribute to an analysis of how cognitive functions work and change over time with our moods.

12. Track satellites across the night sky

If you have a smartphone with a decent camera or you own a respectable digital camera, and if you have a tripod or some way of fixing the device in place, then you can take part in Satellite Streak Watcher. It’s an ongoing attempt to measure the ‘sky pollution’ caused by low-orbit satellites. Full instructions are included, and there are plenty of example shots in the library that you can refer to. 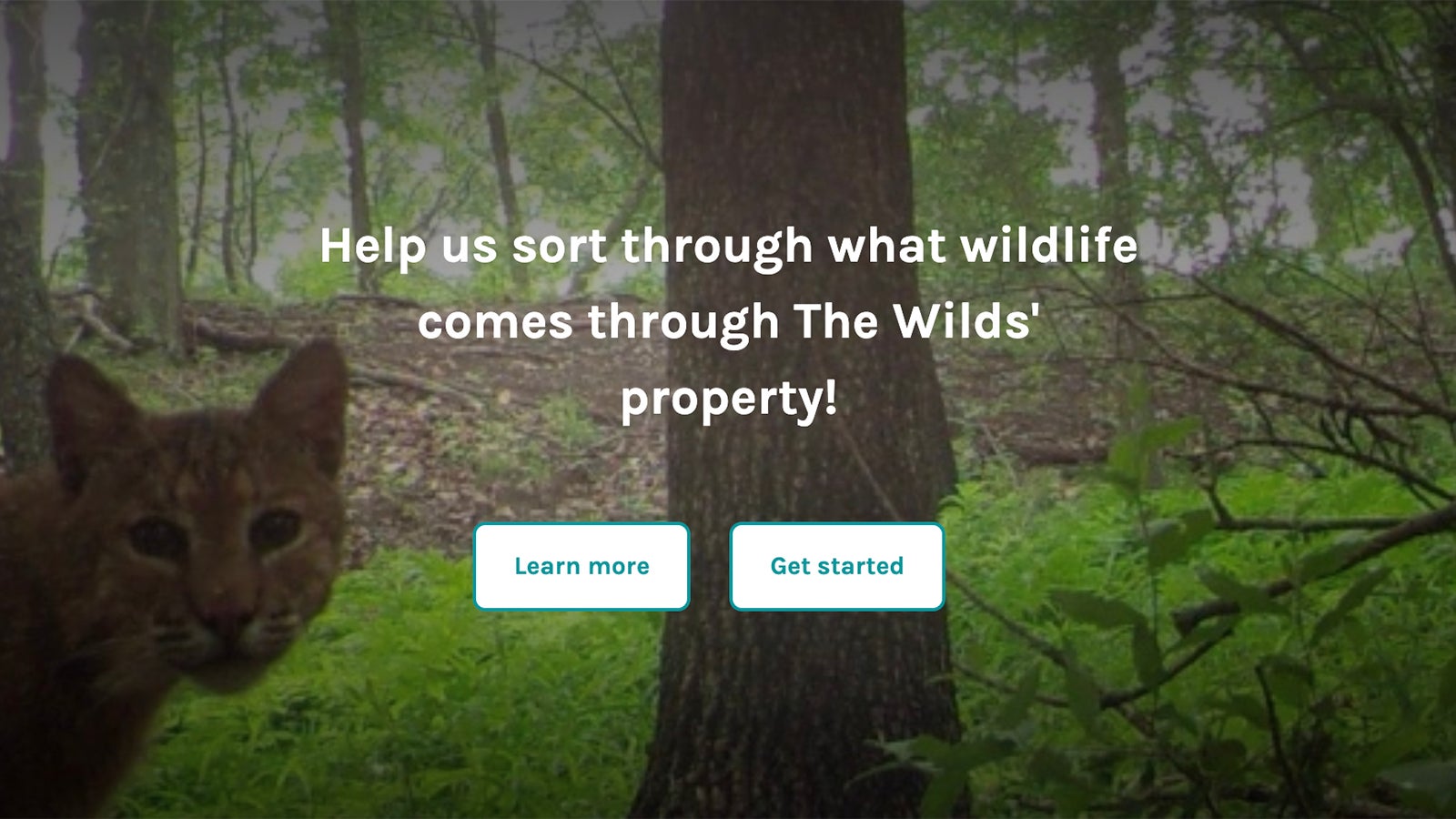 13. Identify animals in The Wilds

The Wilds is a 10,000-acre conservation centre in the US state of Ohio, and thanks to 48 strategically placed cameras, you can contribute to its ecological development. By identifying animals via The Wilds’ Wildlife Watch portal, you can contribute to restoration projects by helping to map out which animals are currently roaming across the centre.

14. Read up on the past with Old Weather

Old Weather is a transcription project, and you can help by transcribing fascinating weather logs from Arctic expeditions in the 19th and early 20th century. Once these logs are turned into modern-day digital formats, researchers are then able to use them to better understand historical sea ice conditions and weather patterns of years past.

The Marine Debris Tracker project started out tracking litter on beaches, but it’s now been expanded and logs any kind of debris anywhere. The idea behind it is to try and get a better picture of our pollution problem (including plastics). You can get involved by installing the smartphone app, then logging and categorising litter in your local area.

Can you identify forests of kelp floating in the water from satellite imagery? If so, you can take part in the Floating Forests citizen science project, which is interested in preserving these vital underwater ecosystems for the future. In order to do that, scientists need to understand more about how kelp forests evolve over time, which is where you come in.

17. Report on landslides for NASA

Here’s another NASA project: This time you’re reporting on landslides, which can be very difficult to predict in advance. The data you submit via Landslide Reporter is used to help inform scientific modelling and tweak prediction tools – potentially saving a lot of lives and a lot of damage if future landslides can be detected before they happen.