This Snake-Like Amphibian Might Actually Pack a Venomous Bite

Scientists have detected snake-like dental glands in caecilians, which means these serpentine creatures might actually be venomous – an unheard of trait among amphibians.

Caecilians secrete a substance through their skin that makes them extra slimy. They also discharge a toxic substance from their rear ends to deter predators. And as new research published this week in iScience points out, caecilians might also pack a venomous bite.

“We think of amphibians – frogs, toads and the like – as basically harmless,” said Edmund Brodie, Jr., a biologist at Utah State University and a co-author of the new study, in a press release. “We know a number of amphibians store nasty, poisonous secretions in their skin to deter predators. But to learn at least one can inflict injury from its mouth is extraordinary.”

To be clear, the scientists haven’t proven that the goo coming from the caecilian dental glands is actually venomous, but their preliminary findings certainly hint at the possibility. If true, this would represent “an early evolutionary design of oral venom organs”, said Brodie, and possibly a trait that “evolved in caecilians earlier than in snakes”, he said. 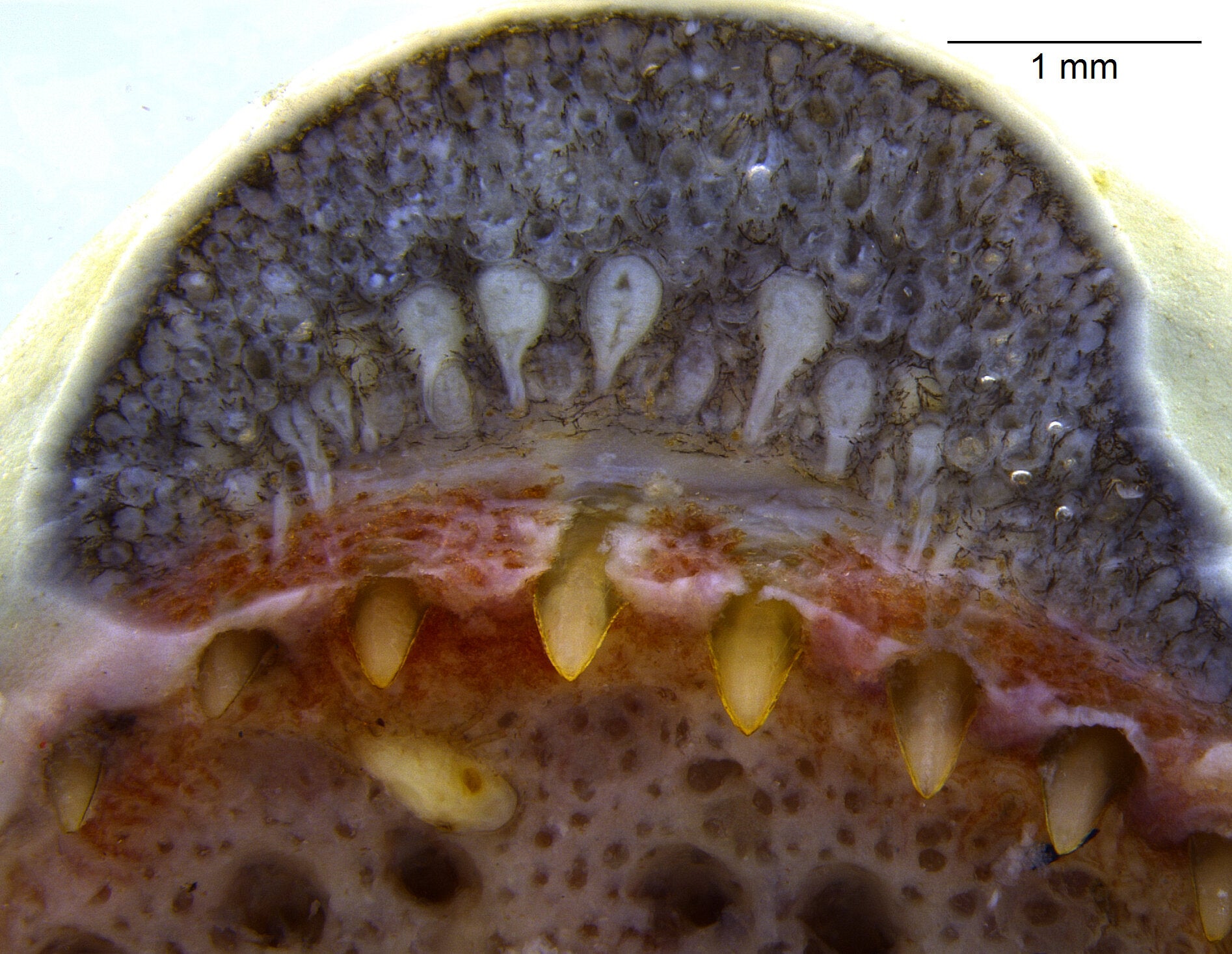 Serpent-like caecilians are related to salamanders, but they’re separated by a whopping 250 million years of evolution. Caecilian species can be both aquatic and terrestrial, preferring tropical climates in Africa, Asia and the Americas. Caecilians represent a mysterious and poorly studied group of vertebrates, but scientists are learning more with each passing study.

In 2018, for example, the same team found that Siphonops annulatus, a terrestrial species of ringed caecilian, can discharge a mucous-like lubricant from their skin glands, allowing them to quickly squirm underground when evading threats. They’re also poisonous (as opposed to being venomous, which is an active, rather than passive, way of delivering toxins), secreting toxins from their tail glands, thus presenting a nasty surprise for any predators in pursuit.

During their latest investigation into S. annulatus, the researchers stumbled upon yet another goo-filled gland in caecilians, though this time in their upper and lower jaw, and “with long ducts that open at the base of each of their spoon-shaped teeth”, explained Brodie.

Further research formally identified these features as dental glands, distinguishing them from the slime and poison glands found on their skin. Fascinatingly, these dental glands share a developmental origin with the dental glands found in reptiles, pointing to potential evolutionary convergence. Researchers from Brazil’s Butantan Institute were also involved in the new study.

Brodie and his colleagues believe these dental glands go to work when caecilians chomp down on their prey, including worms, termites, frogs and lizards. This still needs to be proven, but the team suspects their teeth can secrete the substance at the moment of the bite. Moreover, “the groove that circles the upper jaw interconnecting the teeth appears to play an important role in the uniform distribution of secretion during bites”, wrote the authors in the study.

As for the substance itself, a chemical analysis showed it to be a mixture of mucus, lipids and a protein with properties commonly found in venomous animals, according to the research.

“Although we have shown the presence of dental glands and their possible role during predation, more evidence is still needed about the precise identity of the proteins present in the secretion, as well as data about the toxic potential of these compounds,” according to the paper.

More work is obviously needed, but this is a very encouraging result. Caecilians have quickly gone from gross, to interesting, to fascinating. They’re not the most pleasant creatures to look at, but they’re not dull by any means.