As if 2020 hasn’t already delivered enough gut punches, today Analogue announced that its highly anticipated upcoming handheld console, the Analogue Pocket, won’t ship until May 2021 at the earliest. That’s disappointing, but the company is opening pre-orders on 3 August, and has also revealed some welcome updates to the all-in-one portable gaming machine.

Analogue points its finger at “the unfortunate global state of affairs and supply chain challenges outside of our control” as the reason for the delay of the Pocket’s launch, which was originally supposed to be sometime in 2020. It’s unfortunate news, but the pandemic has even had an effect on delivery dates for products from giants like Apple and Google, so it’s also not surprising that a smaller company would also face logistics complications when it comes to sourcing parts and manufacturing.

The console is still on track, however, which is the important thing, and pre-orders will finally be accepted starting 3 August at 4pm BST. Pricing for the Analogue Pocket was originally set at $200 (£155), and that doesn’t appear to have changed as a result of the delays.

But Analogue has made some changes to the console itself. The Start, Select, and Home buttons have been repositioned in a row across the bottom of the handheld so they don’t get in the way of your action button mashing, and despite having a 3.5-inch 615 PPI display with more than 2.3 million pixels, a new Original Display Modes feature will make Game Boy, Game Boy Color, and Game Boy Advance titles look like they’re running on the original limited hardware, perfect for retro gamers obsessed with authenticity. 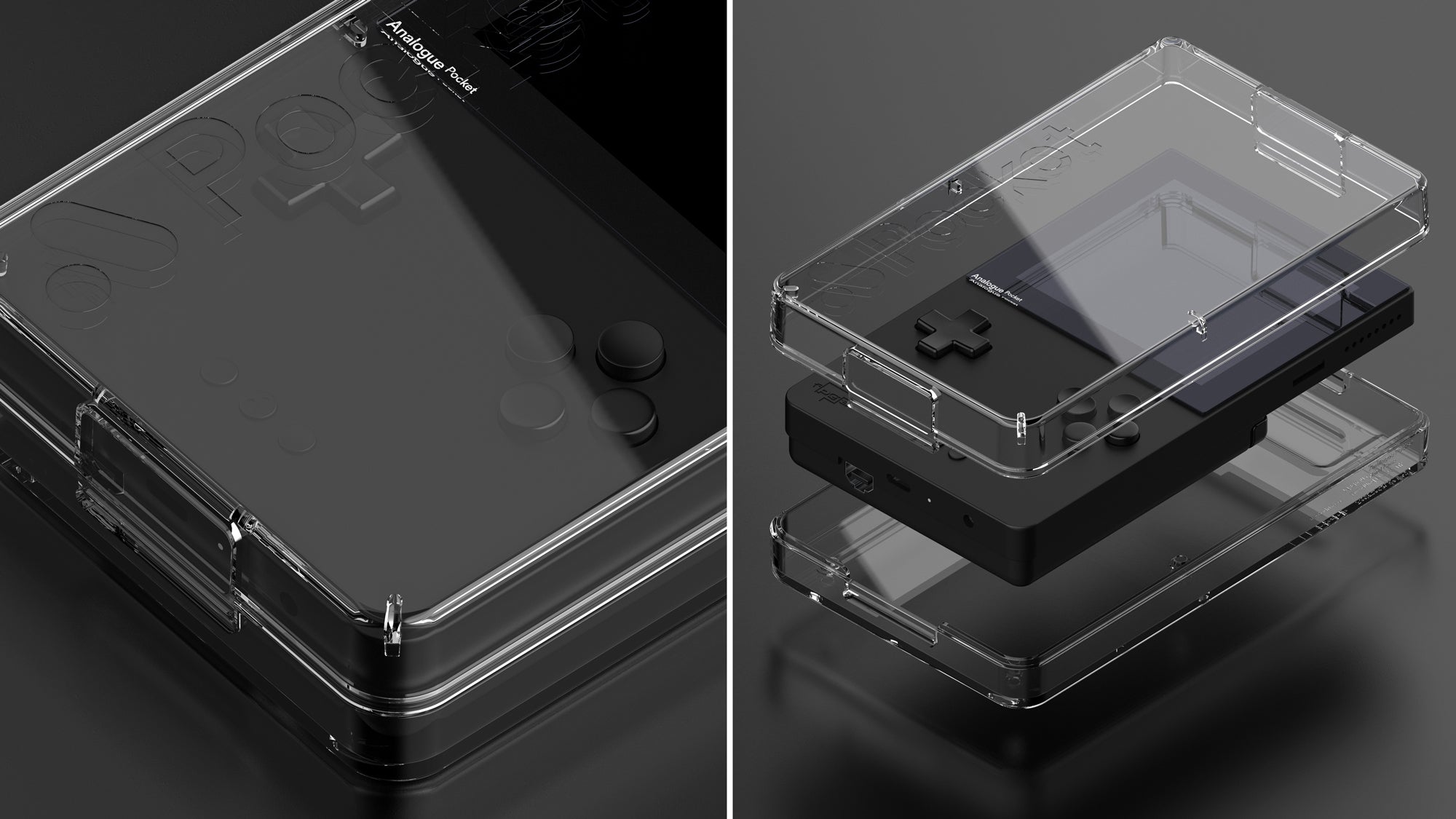 A crystal clear plastic case will be available for the Analogue Pocket, although it’s only for storage purposes. (Photo: Analogue)

Other improvements include a redesigned dock with a recessed slot so that there’s less chance of the Analogue Pocket disconnecting when playing handheld games on a TV in 1080p, as well as a power button that can put the handheld into a low power sleep mood, which will allow you to resume a game later right where you left off. The Pocket will also sport a new crystal clear hardshell protective case, a tempered glass screen protector (although its Gorilla Glass screen is already three times as thick as the glass displays used in smartphones), and a collection of Analogue-designed MIDI and analog sync cables for those that plan to use the handheld for making music, too.

Waiting for 2021 to arrive isn’t going to be easy, but given how promising the Analogue Pocket looks, and how thoroughly excellent the company’s past retro consoles have been, there’s at least some solace to be found in the fact that Analogue is making sure they’re doing this one right, instead of rushing unfinished and disappointing hardware to consumers.