Apple and Google are going head-to-head in just about everything now – maps, mobile operating systems, smart speakers, browsers, cloud storage, phones, etc. But here we’ll be taking a look at the all-you-can-eat app subscription services offered by the two tech giants – which one is the better deal?

Apple Arcade was announced back on March 25th, 2019, and went live on September 10th of the same year (some iPhones might have also been involved that day too, we can’t really remember). It’s a curated library of exclusive games, hand-picked by Apple, and not available on the App Store outside of Arcade, and your subscription is all you need to pay – there are no in-app purchases and no adverts.

As we’ve covered previously, there are some really good games here, from the addictive absurdity of What the Golf?, to the endlessly scrolling fun of Skate City, to the creepy puzzles of recent addition Creaks. Whatever your taste in games, it’s likely that you’re going to come across at least a handful of Apple Arcade titles that you find engaging. 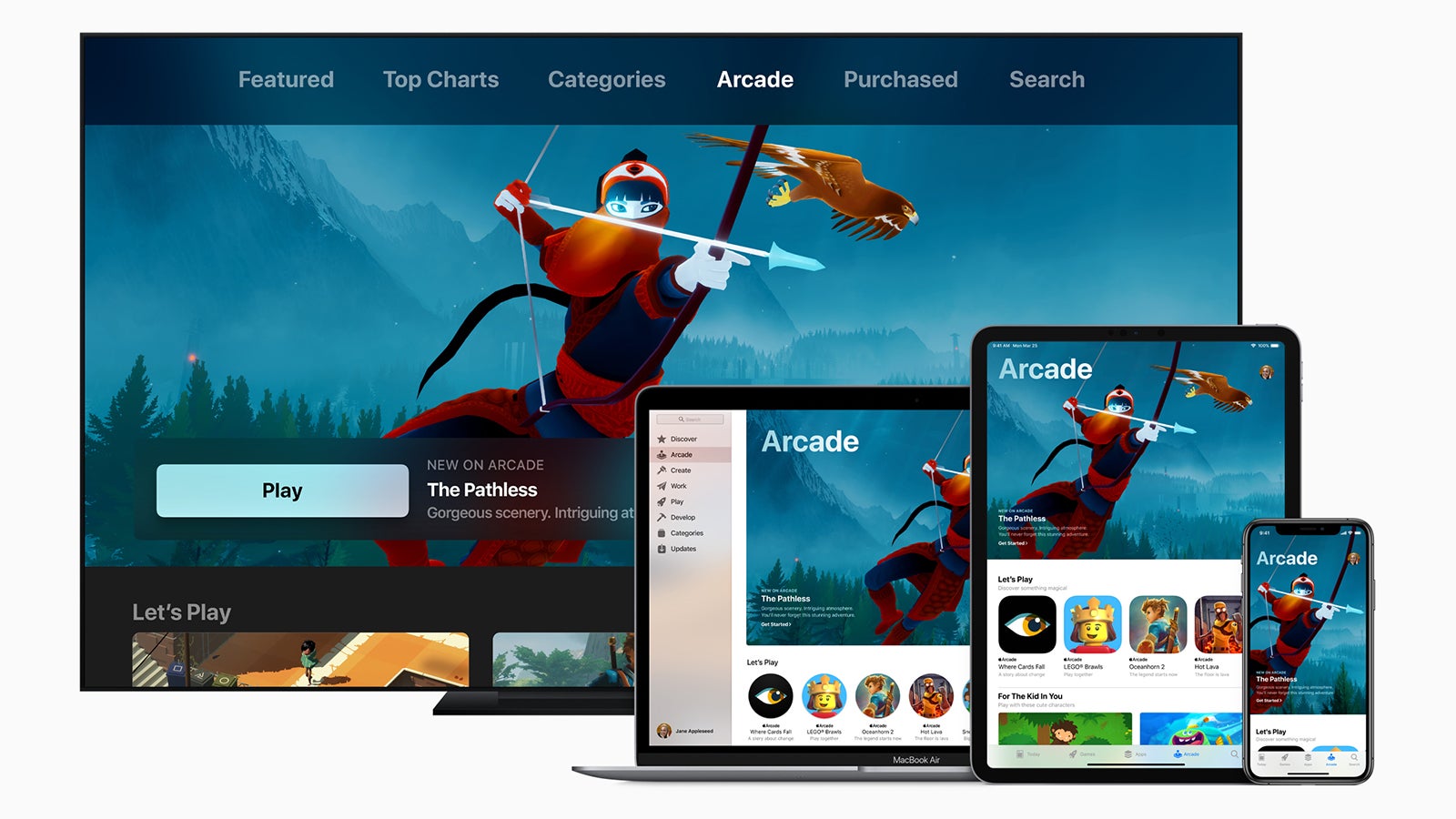 It’s worth noting that while these Apple Arcade games aren’t available to the world at large through the Apple App Store, some of them are available on other platforms (Creaks can be found on the Nintendo Switch too, for example). If there’s more than one platform in your gaming world, then that might change how much value you find that you can get from Apple Arcade.

Once you stop paying that’s it – there’s no option to pay separately for the games you’ve taken a shine to (as there is with Google Play Pass... more in a minute). By all accounts, the total number of Apple Arcade titles now stands at more than 125, so while there are plenty of games to get going with, it doesn’t look as though developers are rushing to make their projects Apple Arcade exclusives (the count was already more than 100 when it launched).

As for whether games are going to stick around on Apple Arcade forever, it seems as though periods of exclusivity might eventually end, with games sliding back to the main App Store. Apple hasn’t made this particularly clear though, and so far all of the titles are still present and correct in the library.

Besides paying for Apple Arcade yourself, you can also share it with up to five other family members through the standard Apple Family Sharing feature. You can play your games across as many as 10 devices using the same iCloud account, and the number of devices that Apple Arcade will work on is actually one of the best parts of the service. 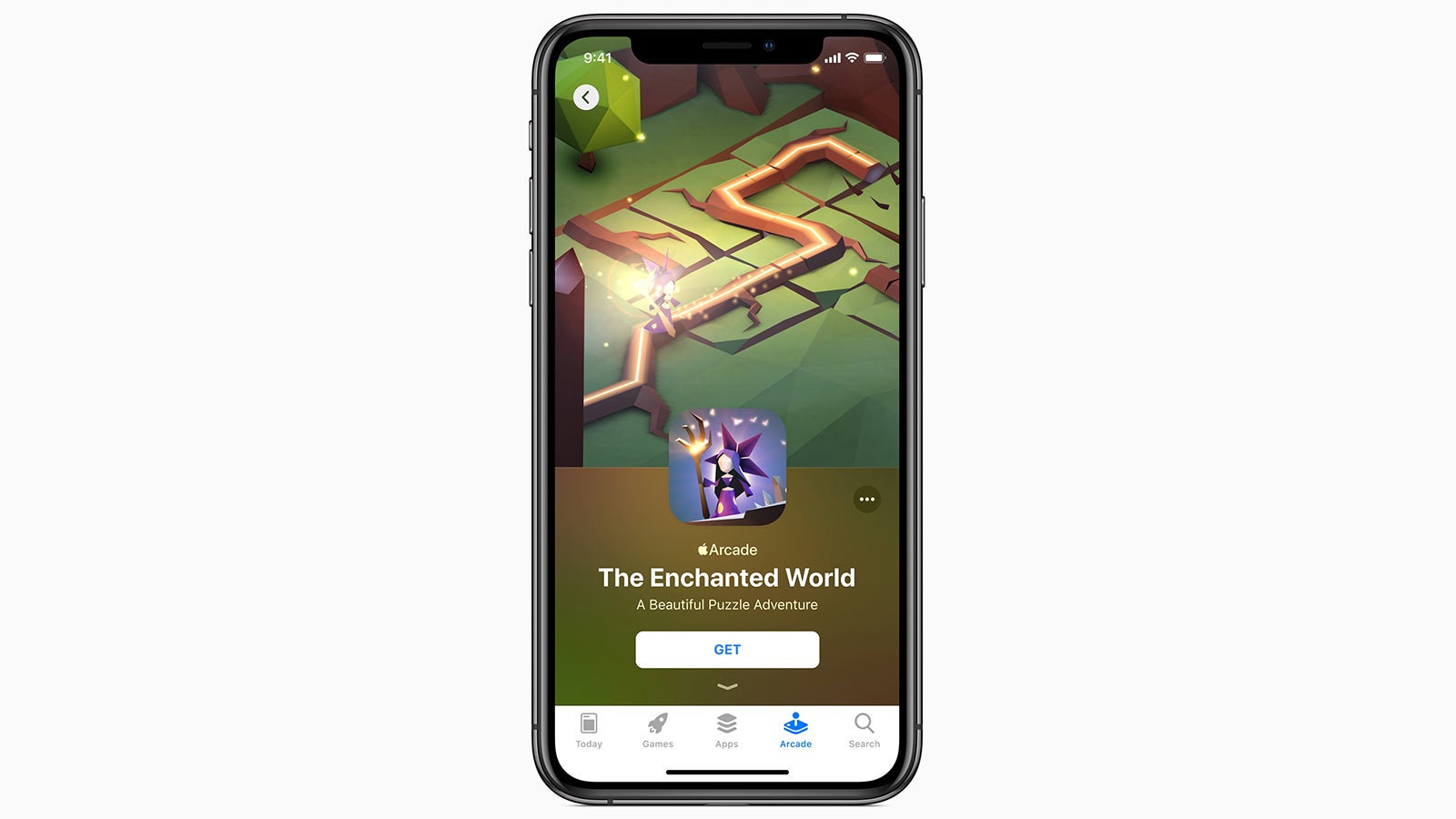 Being able to jump between a laptop, a big TV screen, a tablet and a phone for some Apple Arcade gaming goodness is a really attractive proposition, and one that Google Play Pass can’t really offer: You can, in theory, run many Android apps and games on Chromebooks and Android TVs, but in reality, only a few of them will run well (with extras like keyboard support for a Chromebook, for example).

You don’t get any apps in Apple Arcade, and perhaps one of the subscription service’s biggest problems is that the App Store on iOS and iPadOS is already so strong – developers are already making money from their apps and games, and users are already paying for what they find the most helpful and most enjoyable. Yet there’s no doubt that Apple Arcade is great value for money, at least for a few months. You’re going to get hours and hours of gaming fun out of it.

Google Play Pass arrived on September 23rd, 2019, just a few days after Apple Arcade had opened its virtual doors for the first time. As of July 2020, it’s available in more regions and as an annual subscription (£29.99 a year or just £4.99 a month). The most immediate difference between this and Apple Arcade, aside from running on a completely different platform, is that it includes a wide variety of apps as well as games.

Having signed up to give Google Play Pass a spin, what we noticed first was that the available games were of a very good quality: relaxing puzzler Monument Valley 2 (normally £4.99), nostalgic point-and-clicker Thimbleweed Park (normally £8.99), and epic role player Star Wars: Knights of the Old Republic (normally £9.49) to name just three. These aren’t particularly new games, but they’re some of the best games the Play Store has to offer at the moment. 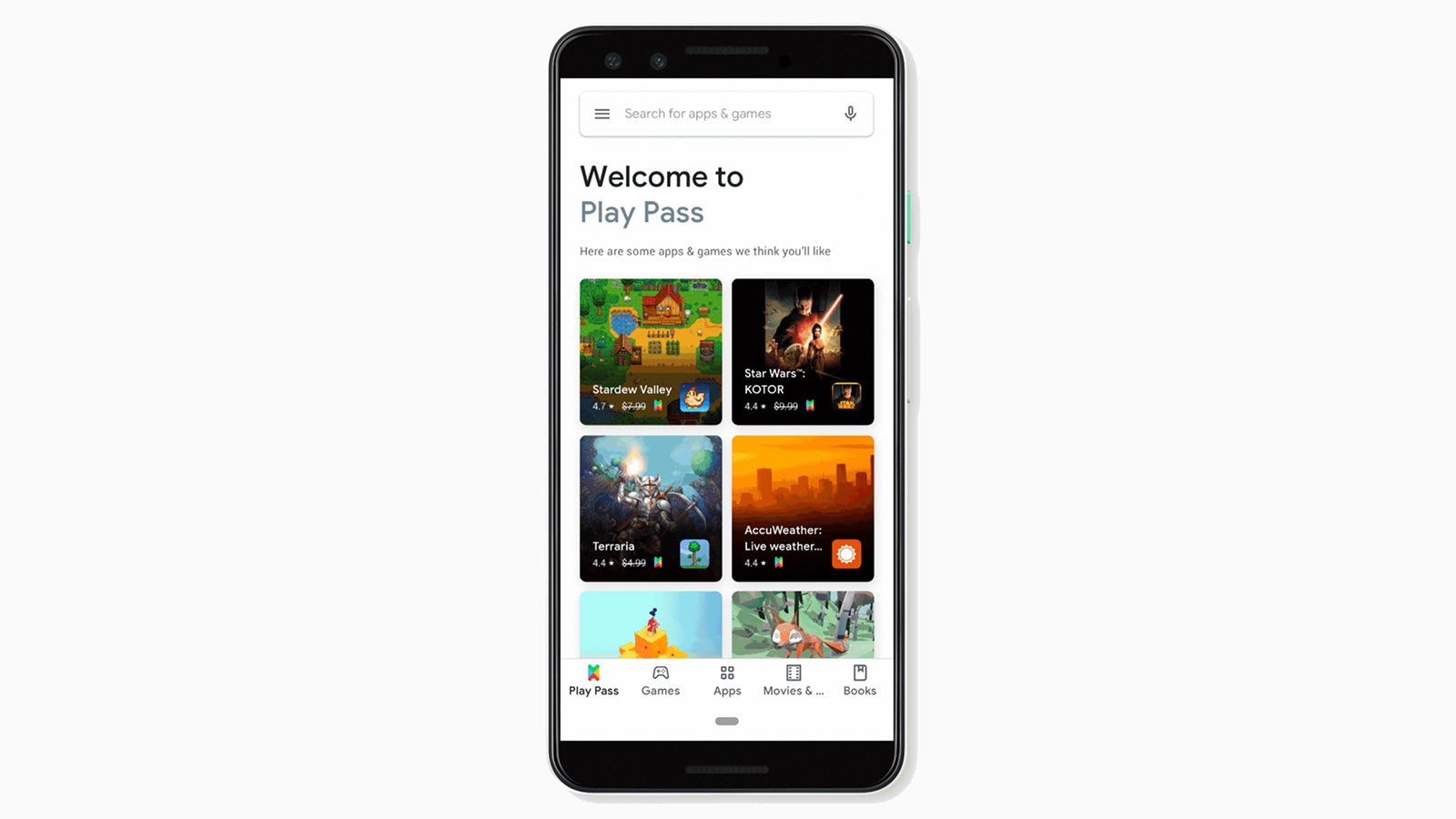 On the app side, Google Play Pass includes polished third-party camera app Camera MX (normally free with ads, plus individual paid-for tools), advanced automation tool Tasker (normally £3.19), and creative art package Infinite Painter (normally £9.49 to unlock everything). It’s fair to say the games are more impressive than the apps on Google Play Pass, but then there aren’t that many top-tier paid-for Android apps in the first place – the freemium or ad-supported model is much more common on Google’s mobile OS, especially when it comes to apps.

Here’s another difference to Apple Arcade – all these games and apps can be bought by anyone on Android, Play Pass or no Play Pass. This is in contrast to the Apple approach, which locks away its titles so they can’t be got at by anyone who isn’t putting £4.99 a month into the Apple coffers. If you ever decide to leave Google Play Pass, you can still pay for your favourite apps and games on an individual basis, and from what we can tell it appears your app settings, game saves and so on will be retained.

The exact size of the Google Play Pass library is difficult to ascertain, but kudos to Android Police for listing some 460 available titles. Google promises that more apps and games are added to the roster every month, but it’s also important to note that titles can leave the program as well – which is going to be very frustrating if you’re only halfway through completing a particular game when it gets pulled. We haven’t been on the subscription long enough to really tell, but developers abandoning the service doesn’t seem to be a huge problem (if you know different, let us know).

To sign up for Google Play Pass, open the Play Store on your Android device, tap the menu button up in the top left corner, and choose Play Pass. You’ll then see a new Play Pass icon in the navigation bar at the bottom, which can direct you to everything you get for free, split up into categories like Logic games, Games you might like, Productivity, and New to Play Pass. Everything’s very easy to get around, and if you’re browsing the Google Play Store outside of the Play Pass tab, you’ll see an icon next to the titles you can get for free. 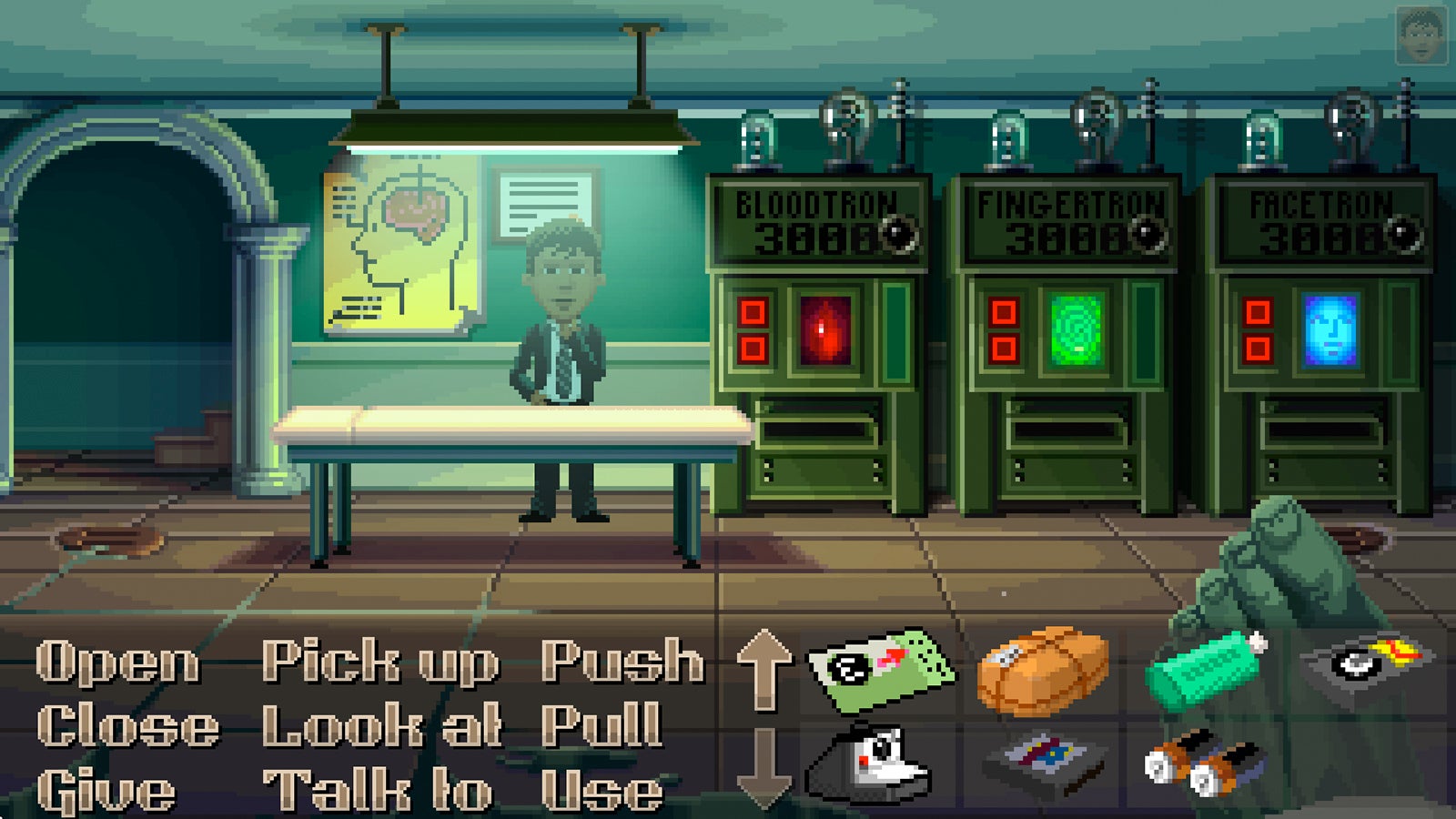 A few more housekeeping notes: You can use Google Play Pass across as many as 10 different devices, as long as they’re all signed in to the same Google account, and you can use it with up to six other family members through the Google Play Family Library. That’s just about the same deal as Apple Arcade is offering.

From our time with Google Play Pass, it seems to offer some but not all of the best games on Android gaming – Stardew Valley, Limbo and Old Man’s Journey are in, but Alto’s Odyssey and Tiny Room Stories: Town Mystery are out. As for the apps and utilities, while there’s a good selection, some of the best paid-for Android apps – Sleep as Android, Nova Launcher Prime, WolframAlpha – aren’t included.

In some ways this question doesn’t really matter – if you want a monthly apps and games subscription package, then you’re just going to get the one that comes with your phone. That aside, if you look at them independently of their platforms, both Apple Arcade and Google Play Pass have their own particular strengths.

For Apple Arcade, it’s the quality of the games (which is true of the Apple App Store in general of course). There are more than a hundred top-quality titles available here, and we could play games like What the Golf?, Mini Motorways and Where Cards Fall for weeks. What’s more, new and quality titles are being (slowly) added all the time, so the available library is only getting bigger and bigger.

What irks us about Apple Arcade – and makes us slightly prefer the Google Play Pass approach – is that once you stop paying, you lose access to all those great games. At least with Google’s subscription service, you can sign up to pay for your favourite one or two games as normal through the Play Store. Here’s hoping that changes as Apple Arcade evolves.

We like the way the Google Play Pass includes apps in addition to games as well, though it’s debatable just how many you’re going to find appealing and actually make use of. As both Apple Arcade and Google Play Pass can be tested for free, it’s worth your while to at least see what’s available on the services and how many apps and games are likely to become a regular part of your routine.